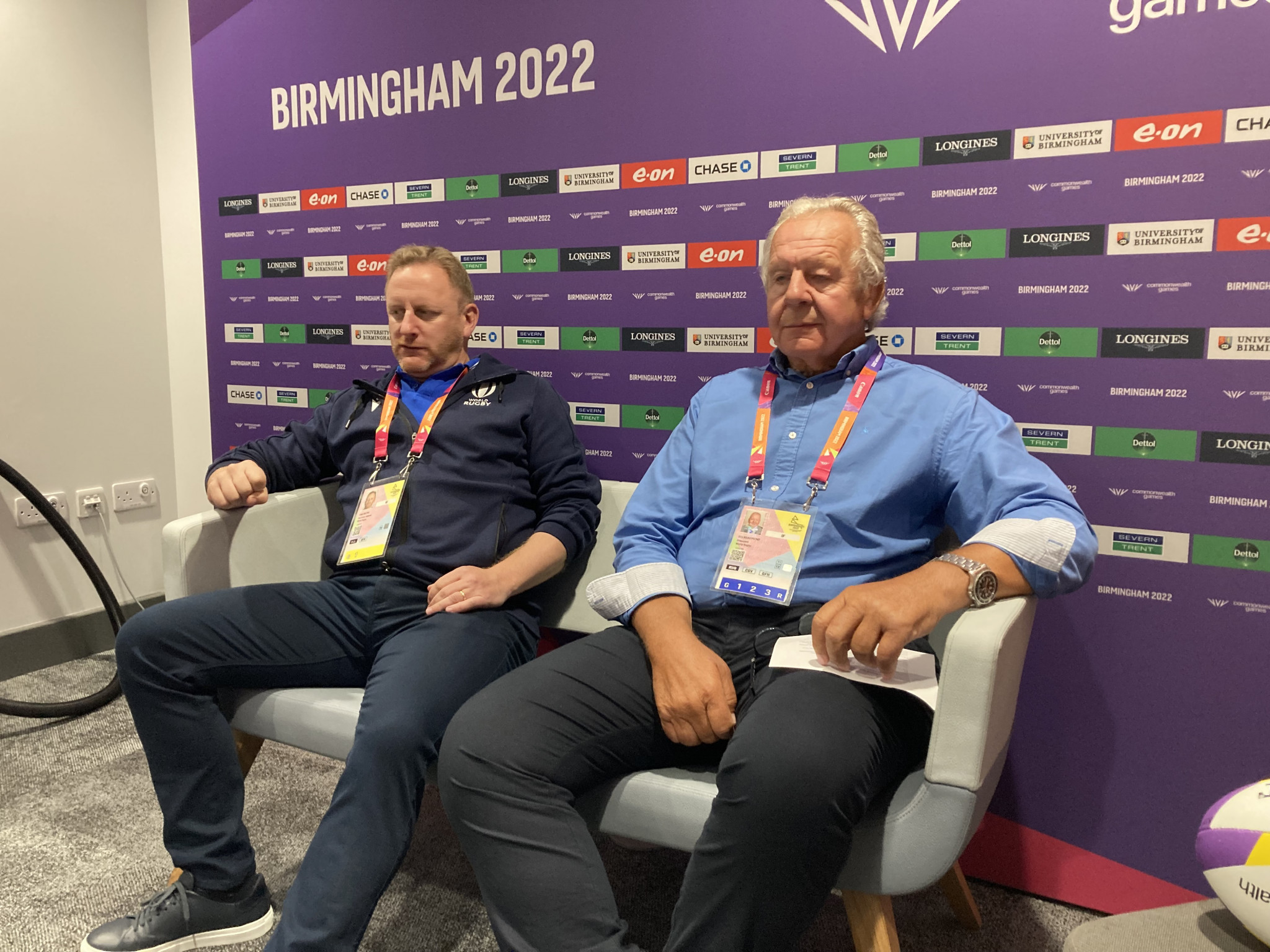 The World Rugby Sevens Series is set to include an equal number of men's and women's teams and stop at new locations under plans to "reset" the format of the sport prior to the Paris 2024 Olympics.

The vision for sevens was outlined by World Rugby chairman Sir Bill Beaumont and chief executive Alan Gilpin during the Commonwealth Games here.

Australia and South Africa won the respective women's and men's titles at a packed Coventry Stadium yesterday as more than 20,000 fans enjoyed a day of sport and entertainment.

Gilpin said World Rugby had "big plans for sevens to become our version of 'sportainment'", with ambitions to "dial up" the razzmatazz at the events.

The chief executive revealed that there were also plans for further nations to compete in the women’s events on the World Rugby Sevens Series.

Next season is set to see 16 men’s teams compete across 11 stages, with 12 women’s sides playing across seven legs, but Gilpin said he wanted to improve gender balance for the 2023-2024 campaign.

"As those things come together and as we come to Cape Town [for the 2022 Rugby World Cup Sevens] and as we look to resetting the World Rugby Sevens Series ahead of Paris 2024, we have got huge opportunity.

"We will spend a lot of time over the next couple months sharing more on what those future plans will look like.

"But we will have a future for the Sevens Series where every single event has men’s and women’s teams in equal number.

"That’s a real ambition for us over the last number of years that we are going to bring to life after one more year of the current series.

"We will have some new stops on the Sevens Series as well and a lot more investment through our member unions in men's and women's sevens.

"We know that sevens is part of our sport that can really appeal to a younger audience in a lot more places around the world than maybe the 15s so expect to hear big plans for sevens to  become our visions of sportstainment."

Dubai in the United Arab Emirates, Cape Town in South Africa, Hamilton in New Zealand, Sydney in Australia, Los Angeles in the United States, Vancouver in Canada, Singapore and Hong Kong are also set to host legs of the World Rugby Sevens Series.

"The challenges for us with some great hosts like Rugby Australia and others is to say how do we make sure that a weekend at sevens is not just about the action on the field but about the music," said Gilpin.

"The atmosphere and what is happening on the concourse, like great food festivals and great music festivals and just dial that up and give fans a great experience.

"We know that players who play on the circuit love those big weekends at destinations so that’s the ambition and to make sure that rugby sevens is played on every continent."

Rugby sevens made its Olympic debut at Rio 2016 and featured again at Tokyo 2020, but Gilpin said it was important to profit from a growing fanbase prior to Paris 2024.

"Sevens has done an amazing job for rugby over the last 15 years, culminating in rugby being part of the Olympics," said Gilpin

"That brought us an enormous increase in fan base.

"It has proved a great draw to bring great athletes into sevens.

"It is not a case there is anything wrong with that but it is about building on that to make sevens better in more places, more of the time."

"We also need to invest in regional competitions as well so there is a conveyor belt for the countries to work their way forward to be in the World Rugby Sevens Series," added Sir Bill.

"There is nothing to stop them at all.

"We invest in Rugby Asia and Rugby Africa so countries playing here [in Coventry] have got better investment and more competitions.

"The more competitions the better they will get.

"We will ensure there is a pathway for countries to get to the top."