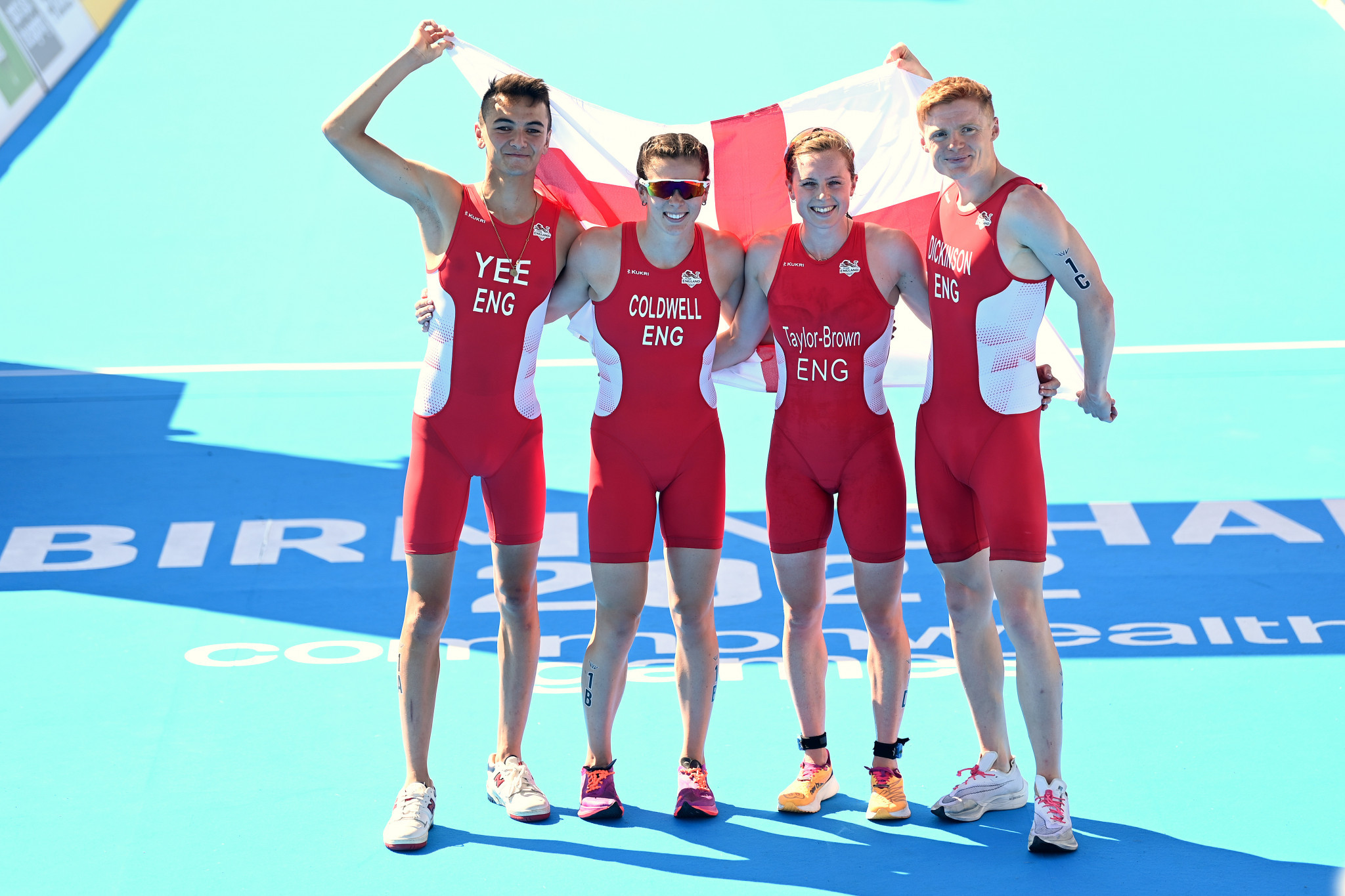 England won all three gold medals on offer today at Sutton Park with victories in visually-impaired triathlon, capped off by a convincing win in the mixed team relay at the Birmingham 2022 Commonwealth Games.

Alex Yee, the men's individual champion, led the quartet out in the mixed team relay, taking a lead that would be held by Sophie Coldwell, Samuel Dickinson and Olympic silver medallist Georgia Taylor-Brown.

They finished in a time of 1hr 16min 40sec, 46 seconds in front of Wales, who took silver thanks to the efforts of Iestyn Harrett, Olivia Mathias, Dominic Coy and the great Non Stanford.

Australia were a further three seconds adrift, with Sophie Linn bringing them home after the work of Jacob Birtwhistle, Natalie van Coevorden and Matthew Hauser.

New Zealand - featuring individual silver medallist Hayden Wilde - were fourth, while Scotland placed fifth as Grant Sheldon and Beth Potter faltered in their respective runs, despite it usually being the strongest part of their triathlons.

It may have ended with the relay heroics, but the day started with a victory for David Ellis in the men's PTVI race, crossing the line first in 57min 39sec.

He was 4:30 in front of Australian Sam Harding, who was joined by his team-mate Jonathan Goerlach on the podium.

Less than 30 minutes later, Katie Crowhurst did the same in the women's PTVI, crossing the line in 1:10:32.

The English triathlete was 4:07 ahead of the silver medallist, Chloe MacCombe of Northern Ireland.

Scotland's Alison Peasgood was close to Crowhurst on the cycle, but suffered a crash.