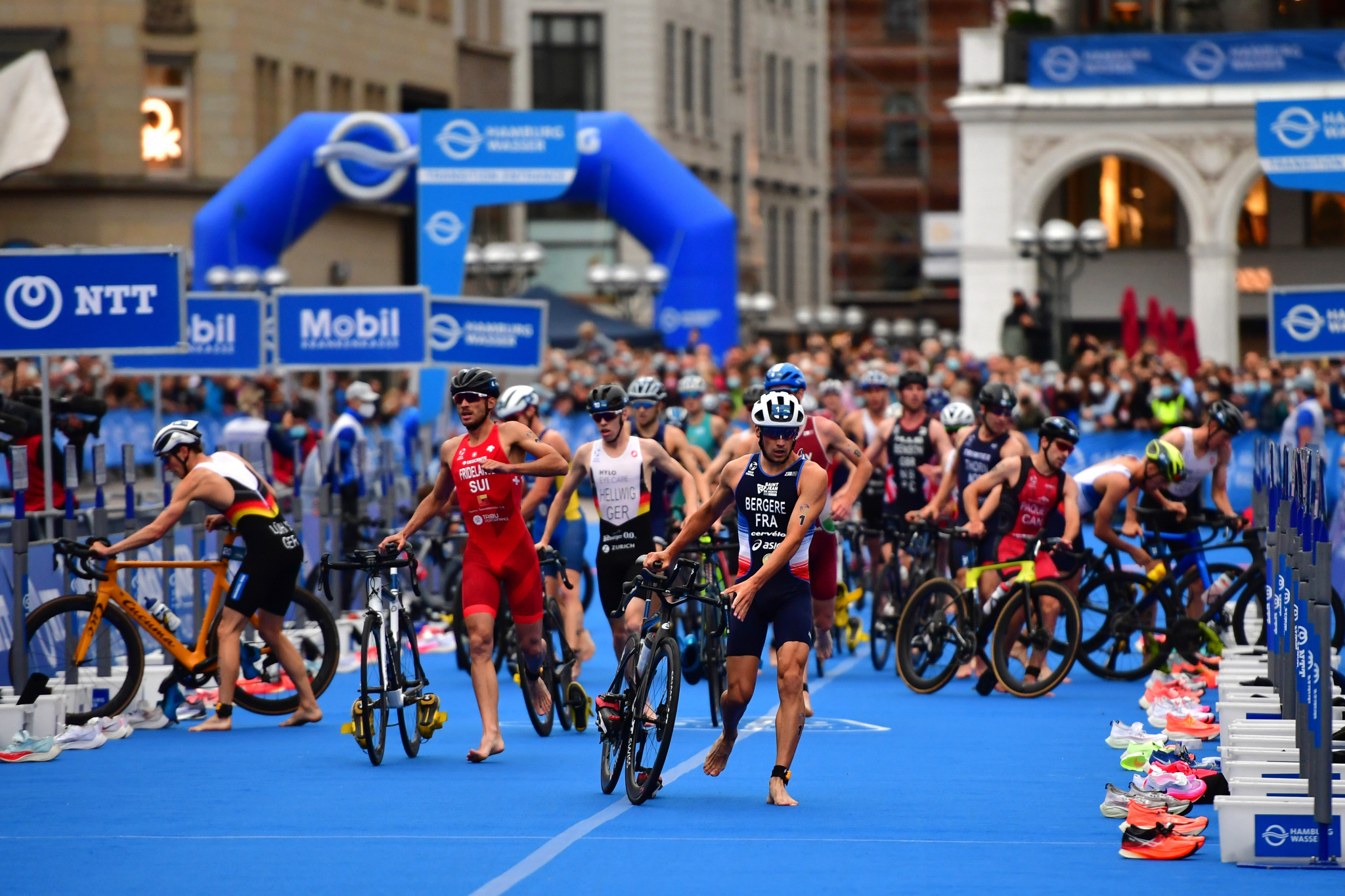 Britain's Beth Potter and Frenchman Léo Bergere are favourites to take gold at the World Triathlon Championship Series (WTCS) in Hamburg as athletes return to the German city for the second time this season.

The course starts with a 750-metres swim in the Binnenalster Lake that features a dark, 40m tunnel section under the pedestrian bridge in front of the city's Rathaus hall.

A flat yet technical six-lap bike lasting 21 kilometres follows before a scheduled 5km two-lap run to decide the medal winners.

Bergere's consistency has been the key to his success as he has finished on the podium in every race so far this year but is still yet to claim a gold medal.

Despite this he occupies top spot in the men's rankings with 3,493 points.

He is closely followed by New Zealand's Hayden Wilde, with 3,429 points, who is in good form having finished in the top three at the previous three Series races.

If he finishes in the top five ahead of Bergere he will be the new Series leader.

In the women's event, Potter has been given the number one jersey as her compatriot Georgia Taylor-Brown will not be in attendance as she looks to rest in preparation for the Birmingham 2022 Commonwealth Games.

Taylor-Brown, on 3,850 points, has built a colossal lead from second-placed Potter on 2,673 points and can afford to miss out on the competition.

With Cassandre Beaugrand and Leonie Periault also missing, tomorrow could be the perfect opportunity for another Frenchwoman, Emma Lombardi, to step on the Hamburg podium.

The current Under-23 world champion had an astonishing performance on her debut on the WTCS circuit in Yokohama, where she finished fourth, and is in a good place to be among the top finishers.

The women's and men's races are due to take place tomorrow, with the mixed team relay scheduled for Sunday (July 10).