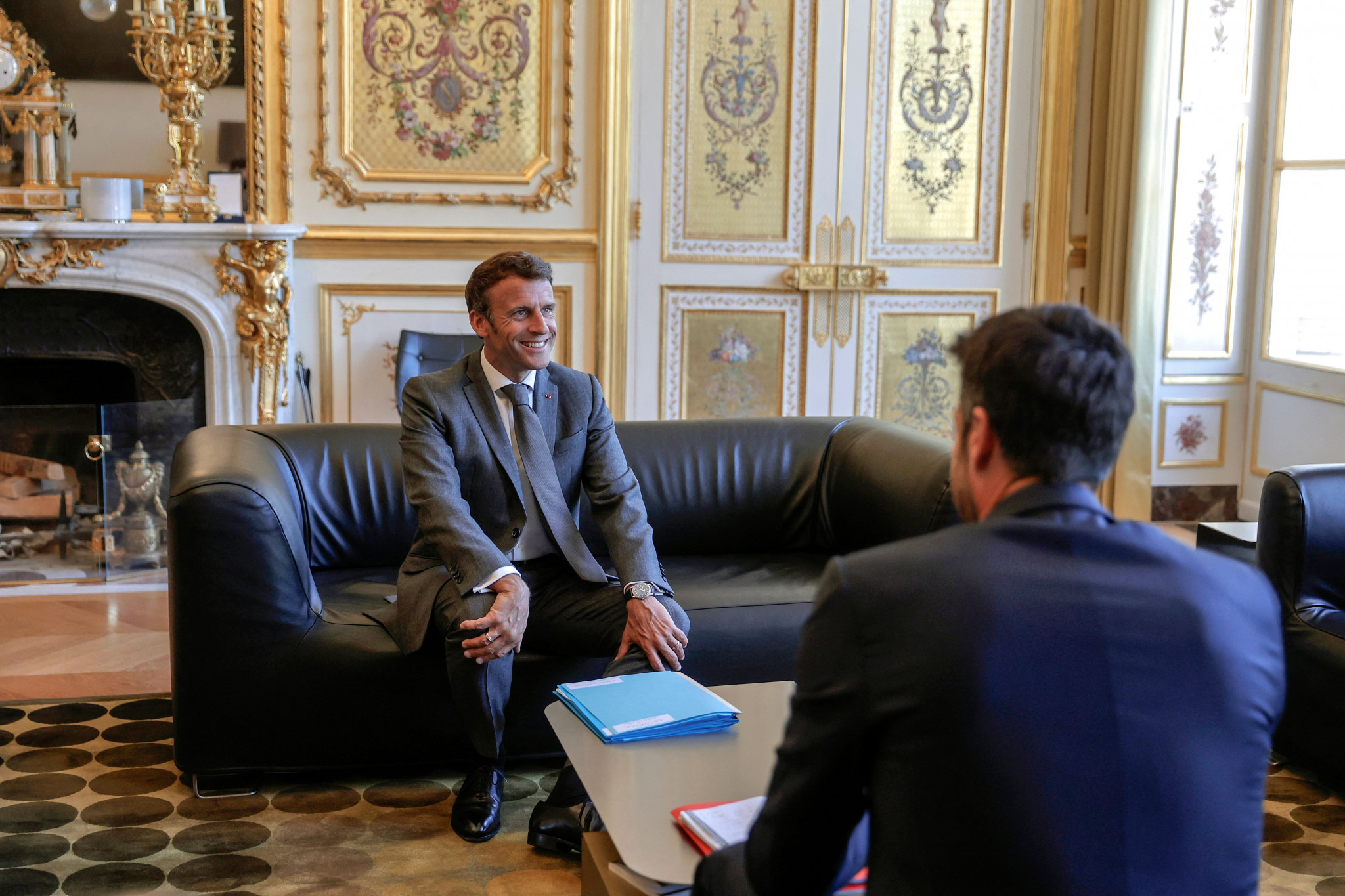 French President Emmanuel Macron has met with Paris 2024 leaders and International Olympic Committee (IOC) counterpart Thomas Bach, discussing preparations for the next Olympics on the same day a slogan and full schedule were revealed.

Macron was said by the IOC and Paris 2024 to have expressed his commitment to France's capital staging the Olympics and Paralympics - including a city-centre Opening Ceremony on the Seine river.

Bach expressed confidence in the French security operation, referencing having seen the conclusion of the Tour de France on the Champs-Elysées yesterday.

Policing of major events in Paris has come under scrutiny after chaotic scenes marred the UEFA Champions final at the Stade de France in May.

Thousands of ticketed spectators missed the game despite the start being delayed by more than 30 minutes as various gates for entry to the national stadium were shut, leading to bottlenecks and crushes.

The police were heavily criticised for their use of tear gas on Liverpool fans and a French Senate report this month acknowledged that the chaotic scenes "seriously questioned France's ability to organise major sporting events".

The Stade de France is due to hold rugby sevens, athletics and Para athletics at Paris 2024.

Security was one of the major themes of Macron's meeting with Paris 2024 today, along with transport, a squeezed Games budget and the general state of preparations.

IOC President Thomas Bach at the @Elysee - discussing with French President Emmanuel Macron the close cooperation between the government and the Organising Committee for the Olympic Games #Paris2024 🇫🇷. pic.twitter.com/VURDQBtnRg

Sports Minister Amélie Oudéa-Castéra, Interior Minister Gerald Darmanin and interministerial delegate Michel Cadot were among those to take part in the meeting.

Paris Mayor Anne Hidalgo - who unsuccessfully challenge Macron in this year' Presidential election - was not invited.

A readout from the Élysée Palace about the meeting has not been published, by French media reports say Macron expressed support for the Opening Ceremony plans.

As part of two-years-to-go activities, Ouvrons grand les Jeux, which translates to "Games wide open", has been revealed as the slogan for the Paris 2024 Olympics and Paralympics.

The full Olympic competition schedule - beginning with football and rugby sevens matches on July 24 - was also published, along with ticketing details.

"You have a unique opportunity to present Olympic Games of a new era in Paris, in the home of our founder, Pierre de Coubertin," Bach told the Organising Committee.