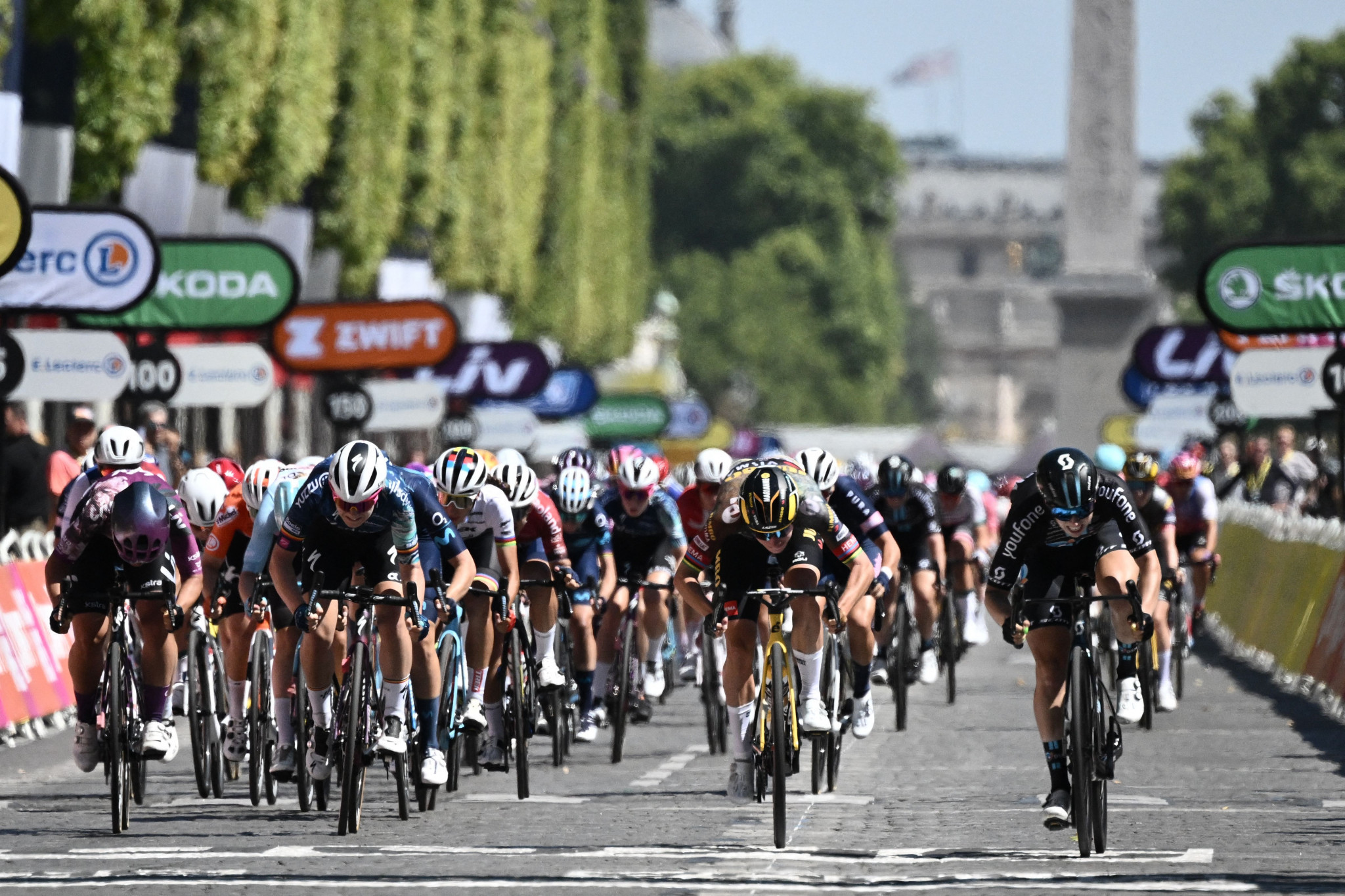 Lorena Wiebes went down in history as the winner of the first-ever Tour de France Femmes stage, pipping fellow Dutch rider Marianne Vos in a closing sprint on the Champs-Élysées.

The Team DSM rider overtook Vos right at the end of 81.7 kilometres which had started at the Eiffel Tower.

There were plenty of attacks but nobody could make one stick, setting up the sprint finale.

The first 74 riders were all given a time of 1 hour 54min dead, with Wiebes given a 10-second bonus, Vos six and Kopecky four.

They therefore lead the general classification in that order and Wiebes is the first cyclist to wear the Tour de France Femmes' yellow jersey.

"It's amazing, the team did an amazing job," Wiebes said.

? A nice bunch sprint won by ??@lorenawiebes!
⏪ Relive the last kilometre of stage 1.

"As a whole team we worked towards this moment, also all of the people working hard at headquarters, so I’m really happy with the win.

"It was a really chaotic and long sprint.

"We expected Marianne would do a long sprint but I was able to kick once more, so it's nice to win."

A flat 136.4km route from Meaux to Provins is on the agenda tomorrow.

The eight-stage Tour de France Femmes is being organised by Amaury Sport Organisation - the promotion behind the men's Tour de France - and features on the International Cycling Union Women's World Tour calendar.