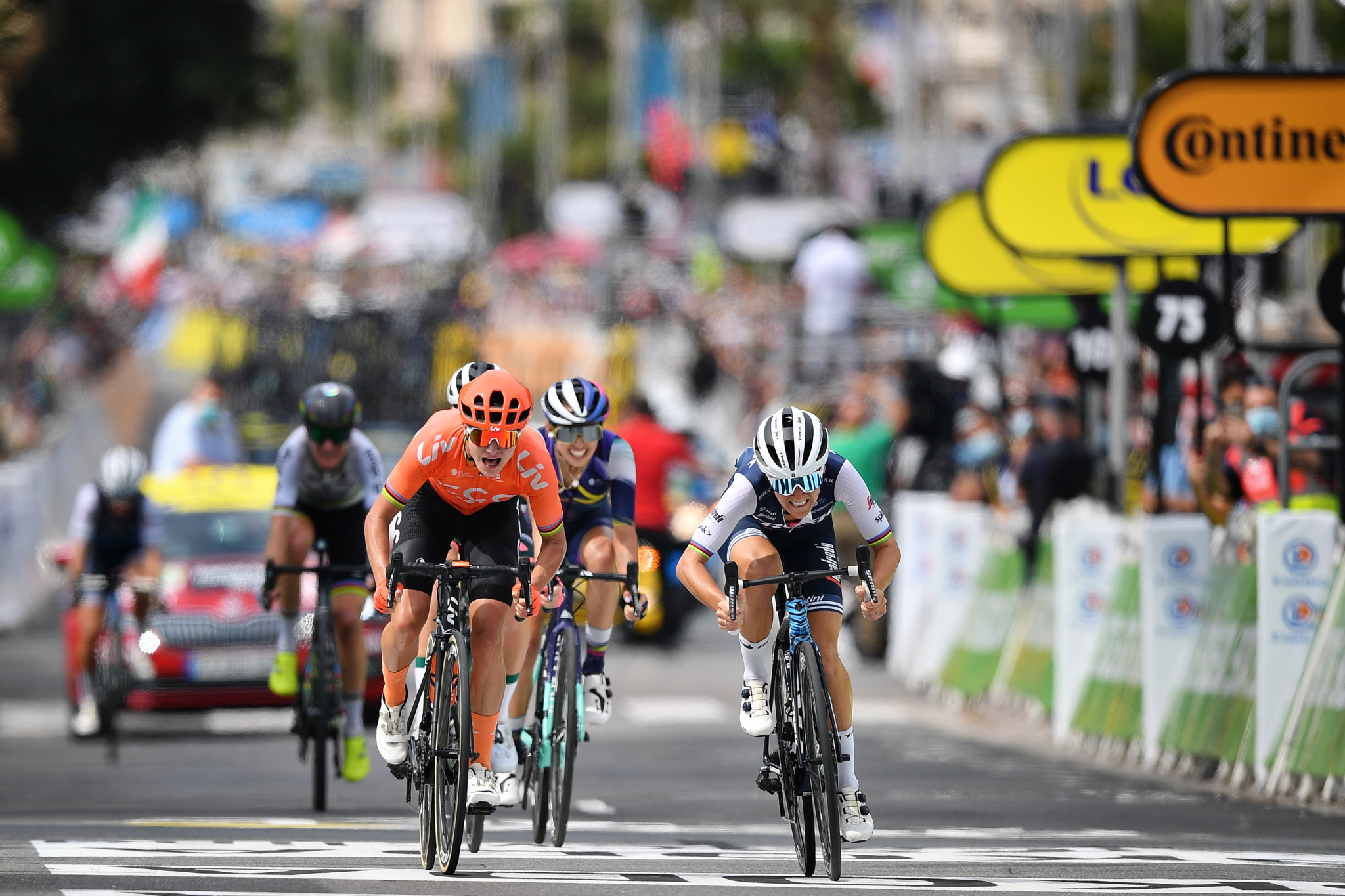 Amaury Sport Organisation (ASO) has announced a women’s Tour de France will launch in 2022, with the event featuring eight days of racing.

ASO promise the race will adopt the same codes, values and symbols as the men’s race.

The first stage is due to start in Paris on the Champs-Elysées on July 24, alongside the final stage of the 2022 men’s Tour de France, and finish on July 31.

The women’s race will be sponsored by global online fitness platform Zwift, who have been announced as the presenting partner.

The race will be given the official name "Tour de France Femmes avec Zwift" during a four-year partnership with the company.

"The birth of this race represents the prospect of seeing a women's race rise to the top of world sport.

"The riders and champions will no doubt be eager to take on some tough routes and go after the most prestigious of prizes, the Yellow Jersey."

Full details of the race are expected to be announced on October 14, when the 2022 Tour de France is presented at the Palais des Congrès de Paris.

Organisers ASO have faced pressure in recent years to introduce a women’s Tour de France, with La Course by le Tour de France having been viewed as a precursor to a full event being launched.

Eric Min, chief executive and co-founder of Zwift, welcomed the opportunity to be the presenting partner of the race.

"This is an incredibly important announcement for us as we look to build on our investment in women’s cycling and really help grow and develop the sport," Min said.

"Building on the success of the Virtual Tour de France on Zwift last year, this has been many months in the making and both Zwift and the  are delighted to make the dream a reality. I’ve long been a fan of the attacking style of women’s racing.

"I really believe the women’s peloton puts on some of the most exciting bike racing to watch and it deserves a much bigger platform to exhibit these talents and skills.

"I’m proud that we can play a big part in making the Tour de France Femmes avec Zwift a reality in 2022.

"Together we can bring women’s cycling to a larger audience and inspire new generations of female cyclists for years to come."

ASO has confirmed France Télévisions has agreed to show extensive coverage of the new event, with live coverage on its free-to-air channels and its digital platforms.

The agreement will cover the first four editions of the race, with France Télévisions also in charge of producing the international feed.

A broadcasting agreement has also been reached between Eurovision Sport, a division of the European Broadcasting Union.

ASO revealed that TV2 in Denmark and Norway, NOS in the Netherlands, VRT and RTBF in Belgium, TG4 in Ireland, RTVE in Spain, and SRG SSR in Switzerland have also planned to include the race on their schedules.

"I am very happy and proud of this agreement with the ASO group, which will enable all our viewers, beginning next year, to discover the Tour de France Femmes on our linear channels and france.tv," said Delphine Ernotte Cunci, President of France Télévisions and the EBU.

"I am happy first of all because this new event will contribute significantly to the exposure of women's sport in general, and cycling in particular - a discipline that France Télévisions has supported for many years.

"Secondly, as President of the EBU, I am proud to see this competition receive media exposure throughout Europe, as its male counterpart already enjoys."

Existing Tour de France partners have also backed the race, with LCL supporting the race leader’s yellow jersey, while E.Leclerc will support the polka dot jersey of the mountain classification.

Liv Cycling, the company dedicated to getting more women on bikes, will debut as a major partner by supporting  the best young rider classification.

Swiss watchmakers Tissot have been confirmed as the timekeeper of the race.