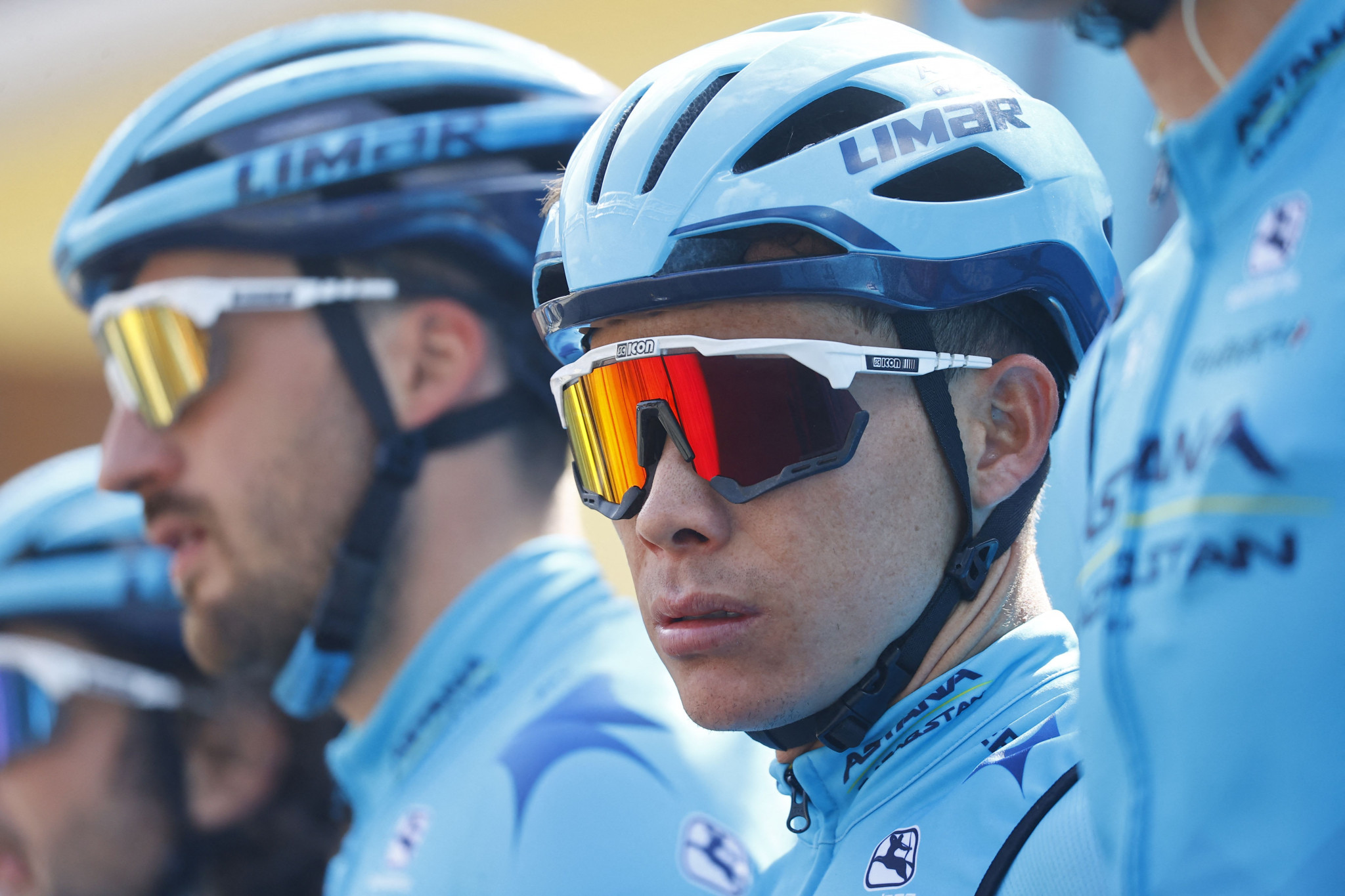 Colombian cyclist Miguel Ángel López has been suspended by his professional team after it emerged Spanish police are looking into his connection to doctor Marcos Maynar Mariño, who is under investigation over allegations of drug trafficking and money laundering.

The 28-year-old is suspended by Astana Qazaqstan "until all the circumstances of the case are clarified".

According to Spanish website Ciclo 21, López was intercepted by agents of the Spanish police's Central Operative Unit after flying from Colombia to Madrid.

López was previously connected to the so-called "Maynar case", but as a witness.

This status is said to have changed to being under investigation for the distribution of medicines that are not authorised in Spain, according to the Ciclo 21 report.

López has not been charged, but his team moved swiftly to suspend the rider.

"The news that was spread in the media yesterday afternoon took us by surprise and at the moment we do not have any details," read an Astana Qazaqstan statement.

"In this sense, the team has decided to suspend Miguel Ángel López from any activity within the team until all the circumstances of the case are clarified."

The Colombian is a previous winner of the Tour de Suisse and the Volta a Catalunya.

López also won stage on the 2020 Tour de France and finished third overall at the Vuelta a España and Giro d'Italia in 2018.

Maynar was arrested in May and has been linked to doping cases in the past.

He was formerly the LA-MSS team doctor but received a 10-year ban in 2009, a year after the death of rider Bruno Neves from Portugal, who crashed and died while leading the 2008 Clássica de Amarante.

It was shown that he had died of cardiac arrest.

A subsequent investigation found Maynar had been providing cyclists with performance-enhancing drugs and masking agents.