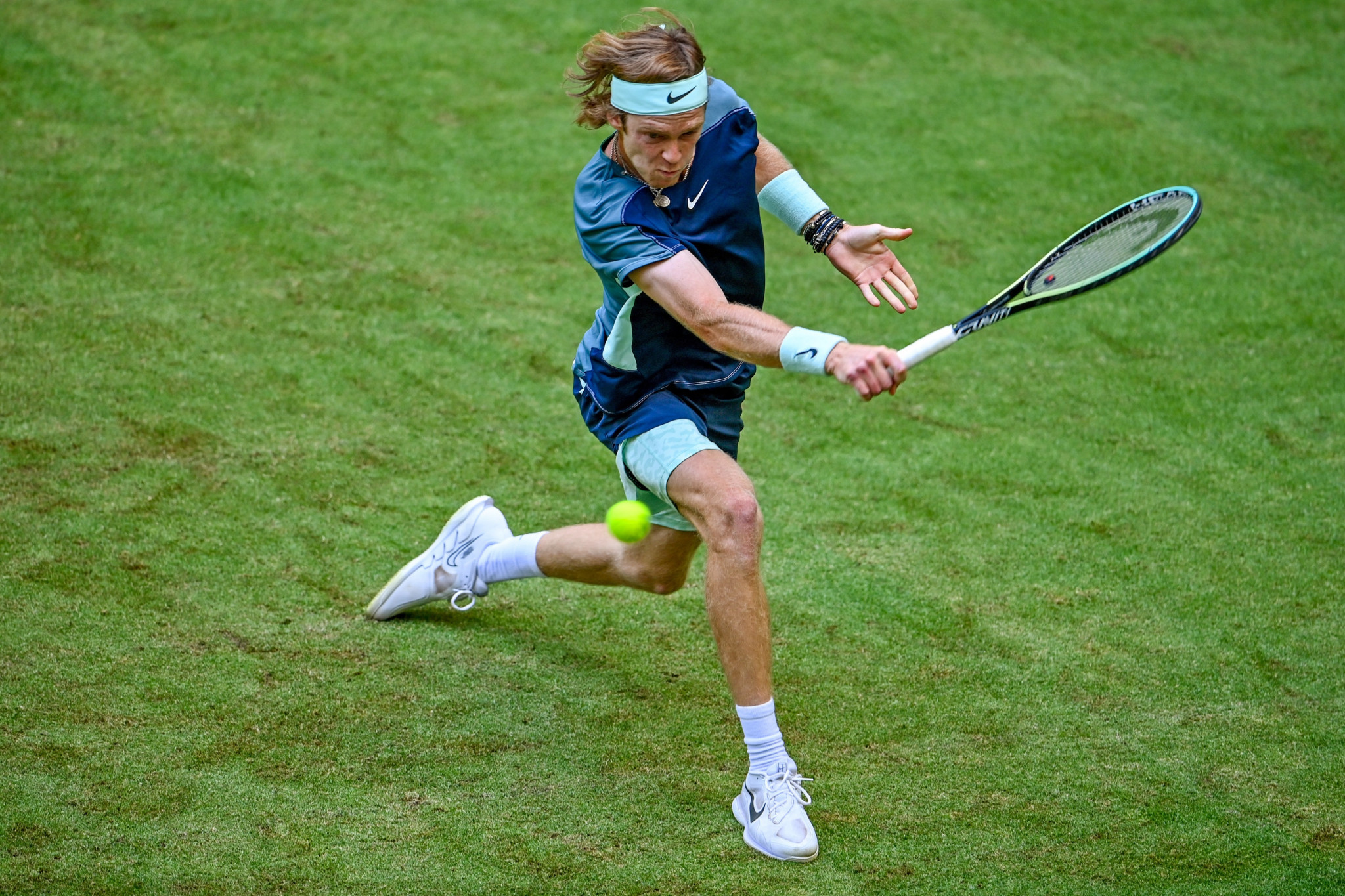 Russian tennis stars Andrey Rublev and Daria Kasatkina have revealed they may consider changing their citizenship as their home country remains largely frozen out of international sport due to the ongoing war in Ukraine.

Rublev and Kasatkina, ranked eighth and 12th in the respective men's and women's world rankings, are allowed to compete on the tennis circuit as neutrals.

But Russian and Belarusian players were banned from participating at this year's Wimbledon in response to Russia's invasion, aided by Belarus, of Ukraine.

Rublev, who claimed Olympic mixed doubles gold when representing the Russian Olympic Committee at Tokyo 2020, suggested that he might be forced to switch allegiance.

"Speaking about access to Wimbledon, it would be acceptable to change the passport," said Rublev in an interview with Russian blogger Vitya Kravchenko on his YouTube channel.

"If we are banned from all tournaments and I want to continue a sports career, then yes, that [change of citizenship] would be one of the options."

Rublev was among the first Russian athletes to speak out against the invasion of Ukraine when he wrote "No war please" on a camera after progressing to the Dubai Tennis Championships final in February.

The 24-year-old said that he also presented proposals to Wimbledon in a bid to enable Russians to compete only for those to be ignored.

"Of course I was frustrated," said Rublev.

"Everything I earn, I invent in my career, and then I'm forbidden from doing my work.

"It is upsetting for sure, if we speak about tennis.

"We offered some solutions that could be really helpful diplomatically.

"Playing in mixed doubles with a Ukrainian player, not coming for the medals."

Kasatkina joined Rublev in admitting that she would consider signing up for a different citizenship as she called for an end to the war in Ukraine.

"Our federation went out of existence for the International Tennis Federation," said Kasatkina in a separate interview with Kravchenko.

"The World Championship was taken away from us.

"Things are up in the air with the Olympics.

Kasatkina was also critical of Russia's attitude towards homosexuality after coming out as gay.

Russia were internationally condemned in 2013 when it passed a bill, entitled "for the Purpose of Protecting Children from Information Advocating for a Denial of Traditional Family Values" that is known as "gay propaganda law" in many countries.

Kasatkina said homosexuality was one of many topics that are considered a "taboo" in Russia and admitted it was unsafe to hold hands with her girlfriend.

"This notion of someone wanting to be gay or becoming [gay] is ridiculous," said Kasatkina.

"I think there is nothing easier in this world than being straight.

"If there is a choice, nobody would choose being gay, why make your life harder, especially in Russia?

The United Nations reported on July 12 that at least 5,024 civilians have been killed in Ukraine since the full-scale military invasion was launched on February 24.