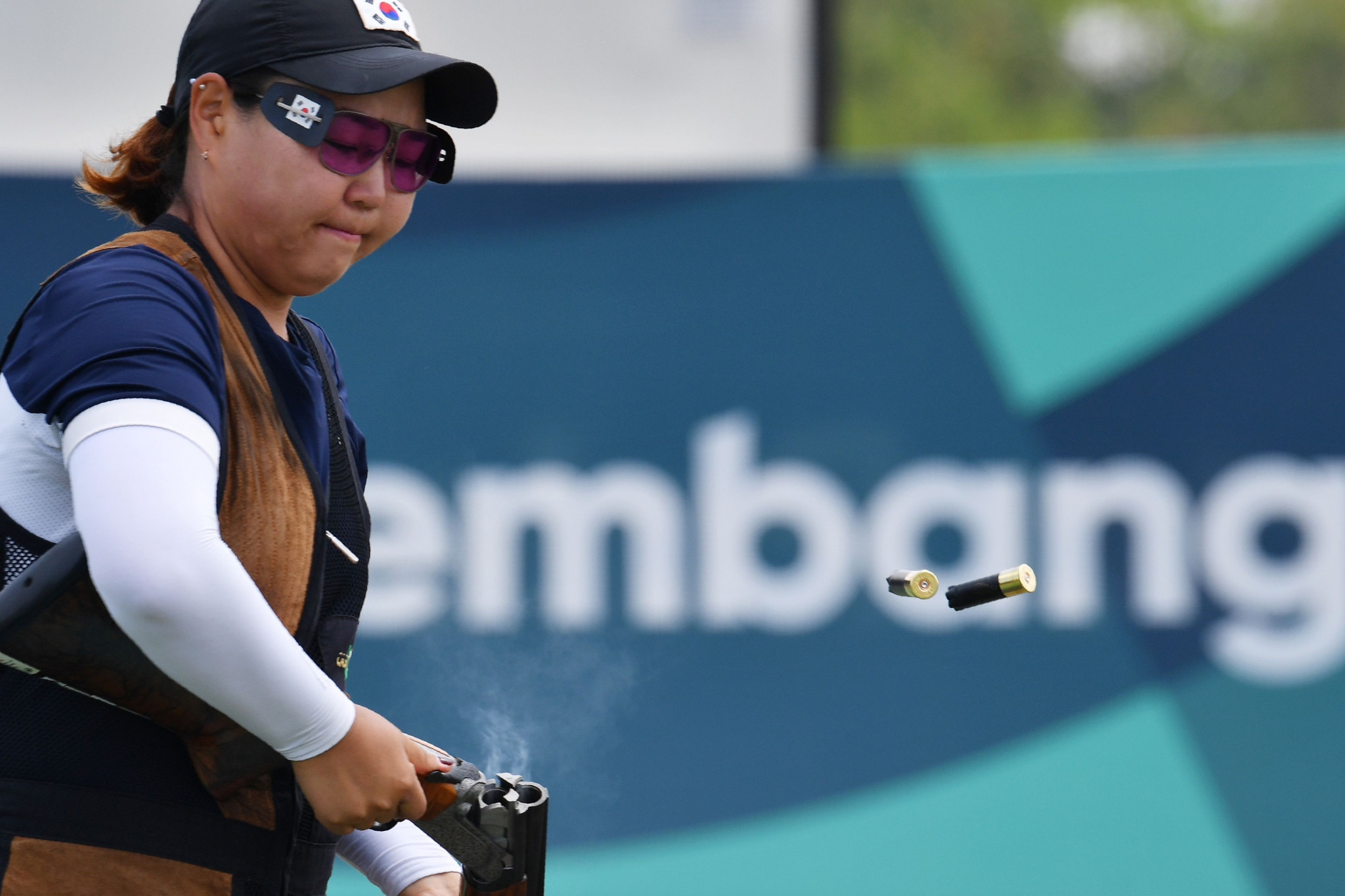 They were the only two teams who entered the event, but the result in the gold-medal match overturned the qualification rankings, in which China had scored 205 and South Korea 200.

Men's team trap gold went to Slovakia, who beat India 6-2 in the final.