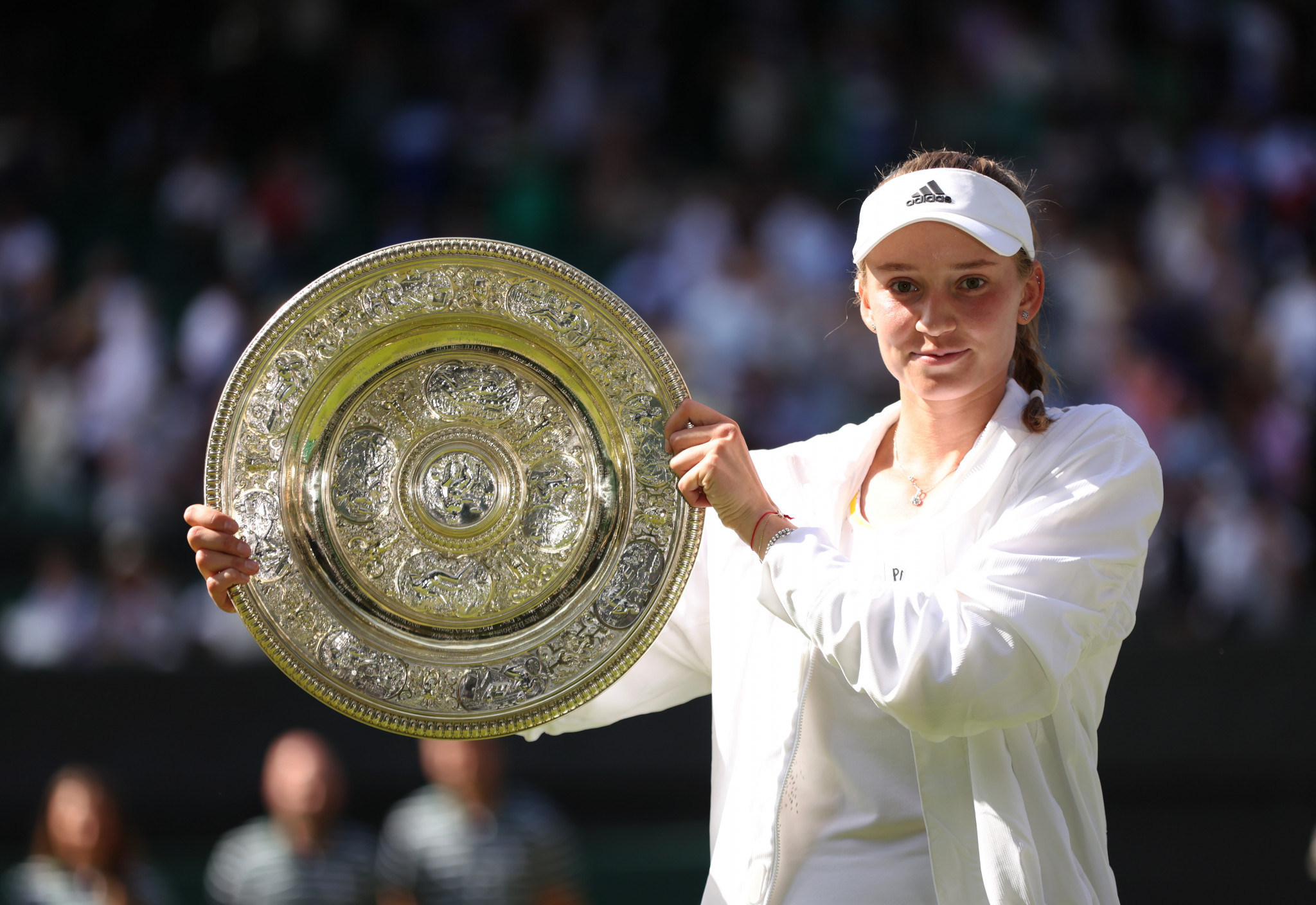 Wimbledon champion Elena Rybakina was overcome with emotion after she was questioned over her Russian roots following her victory against Ons Jabeur.

Rybakina, who was born in Moscow but switched allegiances to Kazakhstan in 2018 after gaining Kazakh citizenship, defeated her Tunisian opponent 3-6, 6-2, 6-2 on Centre Court in the women's singles final.

Russian and Belarusian players were prohibited from competing at the event by organisers the All England Lawn Tennis Club (AELTC) in response to the invasion of Ukraine.

Rybakina has frequently been asked questions surrounding her nationality and she further shrugged off this topic as well as the issue of the Russian Government politicising her Grand Slam win.

"I don’t know what’s going to happen. It’s always some news, but I cannot do anything about this," the 23-year-old said during a press conference.

"I represent them on the biggest tournaments, Olympics, which was a dream come true."

The Grand Slam winner, whose parents live in Moscow, also dodged questions on how much time she spends in Russia and whether she would condemn Russian President Vladimir Putin and the invasion.

"I didn’t choose where I was born," she commented.

"People believed in me.

"Kazakhstan supported me so much.

"Even today I heard so much support.

"I saw the flags.

"So I don’t know how to answer these questions."

Rybakina cried as she described how her parents would be "super proud" of her achievement.

Russia’s response to Rybakina’s victory has been of a celebratory nature.

According to Russia’s official state news agency TASS, Shamil Tarpischev, the President of the Russian Tennis Federation (RTF), claimed that it was "nice" a winner of Wimbledon was Moscow-born and that he planned to congratulate her.

Vladimir Kamelzon, tennis coach and member of the RTF, also welcomed the triumph by Rybakina.

"An amazing victory for Russian tennis at Wimbledon, despite everything that was organised against the Russians," Kamelzon said, as reported by TASS.

"Rybakina is a unique girl, fantastic, purely Russian, the upbringing of the Russian school."

He added: "Such a result and in such a difficult time, when politics is going on, they are trying to squeeze sports at the expense of it, Rybakina managed to show everyone the Russian character, Russian upbringing."

The Association of Tennis Professionals, the Women’s Tennis Association and the International Tennis Federation stripped Wimbledon of its ranking points following the AELTC’s decision to ban competitors from Russia and Belarus.

Both organisers have appealed the financial punishments.

AELTC chairman Ian Hewitt has previously alleged that the organisation had "no viable alternative" but to impose a blanket ban after taking guidance from the British Government regarding limiting Russian influence.

This action has been criticised by International Olympic Committee President Thomas Bach.