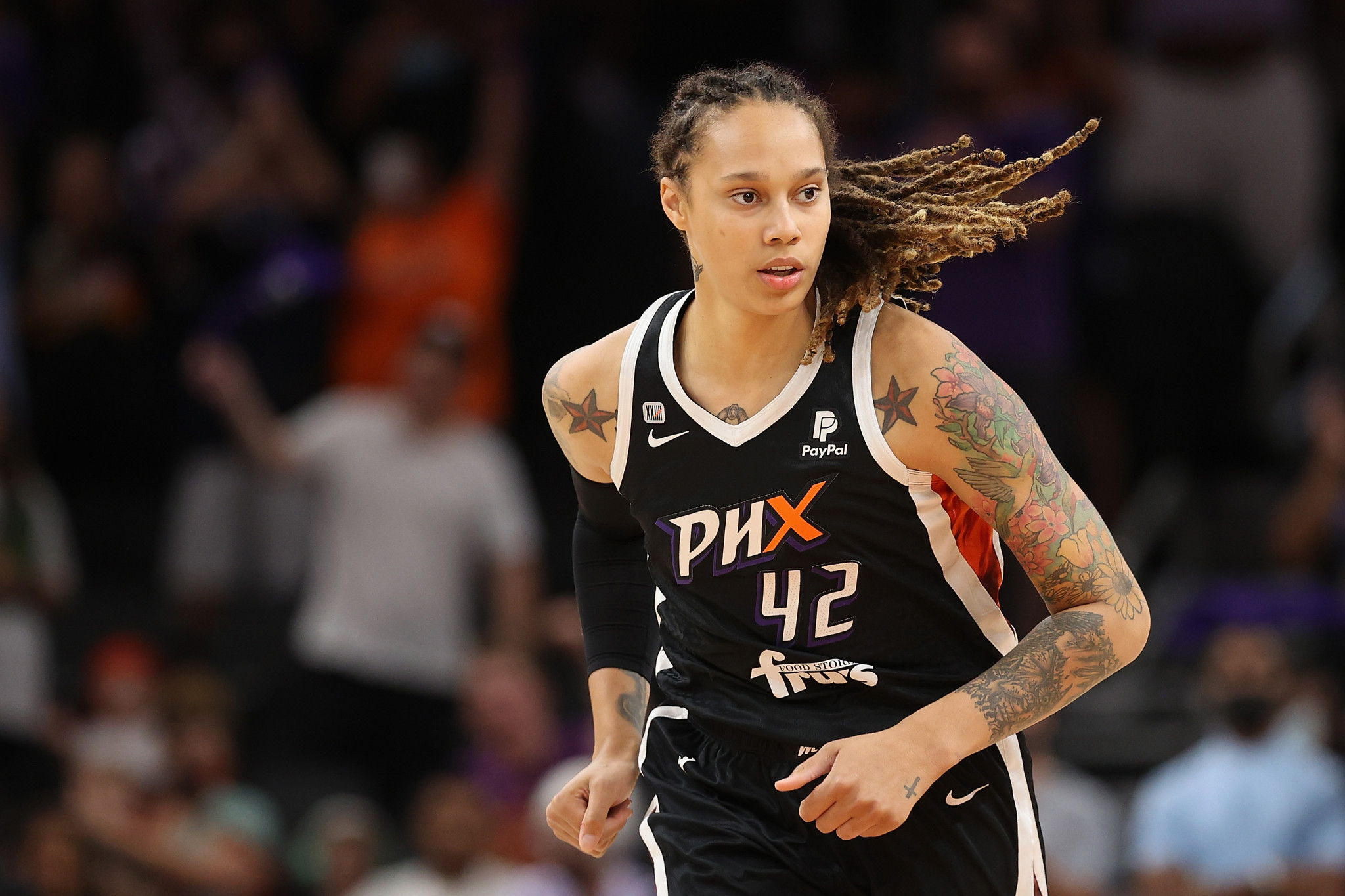 Two-time Olympic gold medallist Brittney Griner has pleaded guilty to drugs charges in a Russian court but has denied "intent" to break the law.

The United States basketball player was arrested on February 17 after allegedly smuggling hash oil into Russia through Sheremetyevo Airport in Moscow.

The 31-year-old claimed she was in possession of cannabis-derived vape cartridges when she was detained.

Cannabis oil is illegal in Russia.

"I'd like to plead guilty, your honour," she told the court in Khimki.

"But there was no intent.

Griner commented that the cartridges were "accidently" placed in the bag after she rushed the packing for her trip.

Griner could face up to 10 years in jail for the offences.

The 31-year-old sent a handwritten letter to US President Joe Biden, pleading for him not to forget her or the other Americans in custody and that she was "afraid" she would be detained "forever."

Griner’s wife previously asked President Biden to do "whatever is necessary" to ensure she was released.

According to the White House, Biden called Griner’s wife yesterday to assure her that her release is a priority.

The US State Department has classified Griner as wrongfully detained.

Griner’s arrest came a week before Russia invaded Ukraine and relations between the US and Russia have been in a precarious state since.

Officials of the Russian Government warned the US not to "make noise in public" in relation to the case.

Speculation has grown as to whether Russia would be open to exchanging the Phoenix Mercury player, or fellow detained American Paul Whelan, for a significant Russian prisoner in a US jail, such as arms dealer Viktor Bout.

Whelan was jailed for 16 years for spying charges while Bout was sentenced for 25 years.

Griner’s next hearing has been set for July 14.