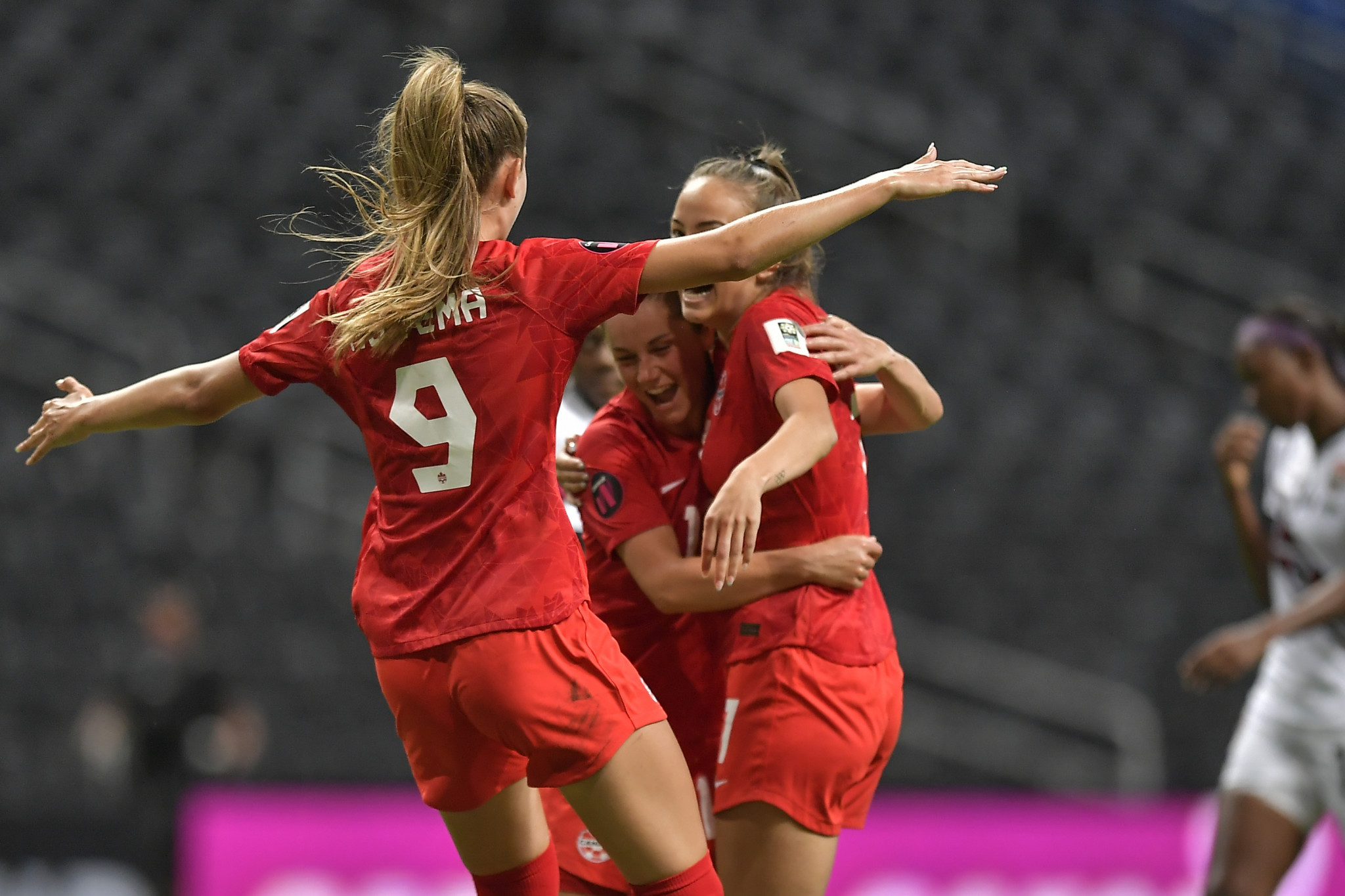 Olympic gold medallists Canada produced a commanding second-half performance against Trinidad and Tobago to leap to the top of Group B at the Confederation of North, Central America and Caribbean Association Football (CONCACAF) W Championship in Monterrey in Mexico.

Julia Grosso, Jessie Fleming, Janine Beckie and Jordyn Huitema combined for five goals to hand their national team a dominating 6-0 victory over their opponents at the Estadio BBVA.

Veteran Christine Sinclair had opened the scoring on the 27th minute mark.

Fleming was given the opportunity to double Canada’s lead seven minutes later, but she shot wide of the target.

Grosso eventually added Canada’s second of the match 67 minutes into the match before finding a third 12 minutes later.

By this moment, the floodgates were unlocked as Fleming and Beckie got on the scoresheet.

Julia Grosso gets a brace with her first 2 goals for Canada. Sinclair gets 190, Beckie, Fleming, Huitema the other goalscorers.#WeCAN @concacafw pic.twitter.com/C37P3VG66h

Huitema completed the rout in the first minute of added time.

In the other fixture, Costa Rica breezed to a 3-0 win against Panama.

Raquel Rodriquez and María Paula Salas put their side into a controlling lead in the first half.

Katherine Alvarado converted a penalty on the hour mark to round off the win.

Action from Group B is set to return tomorrow with Jamaica facing the United States, the world and defending champions, and Haiti taking on Mexico.