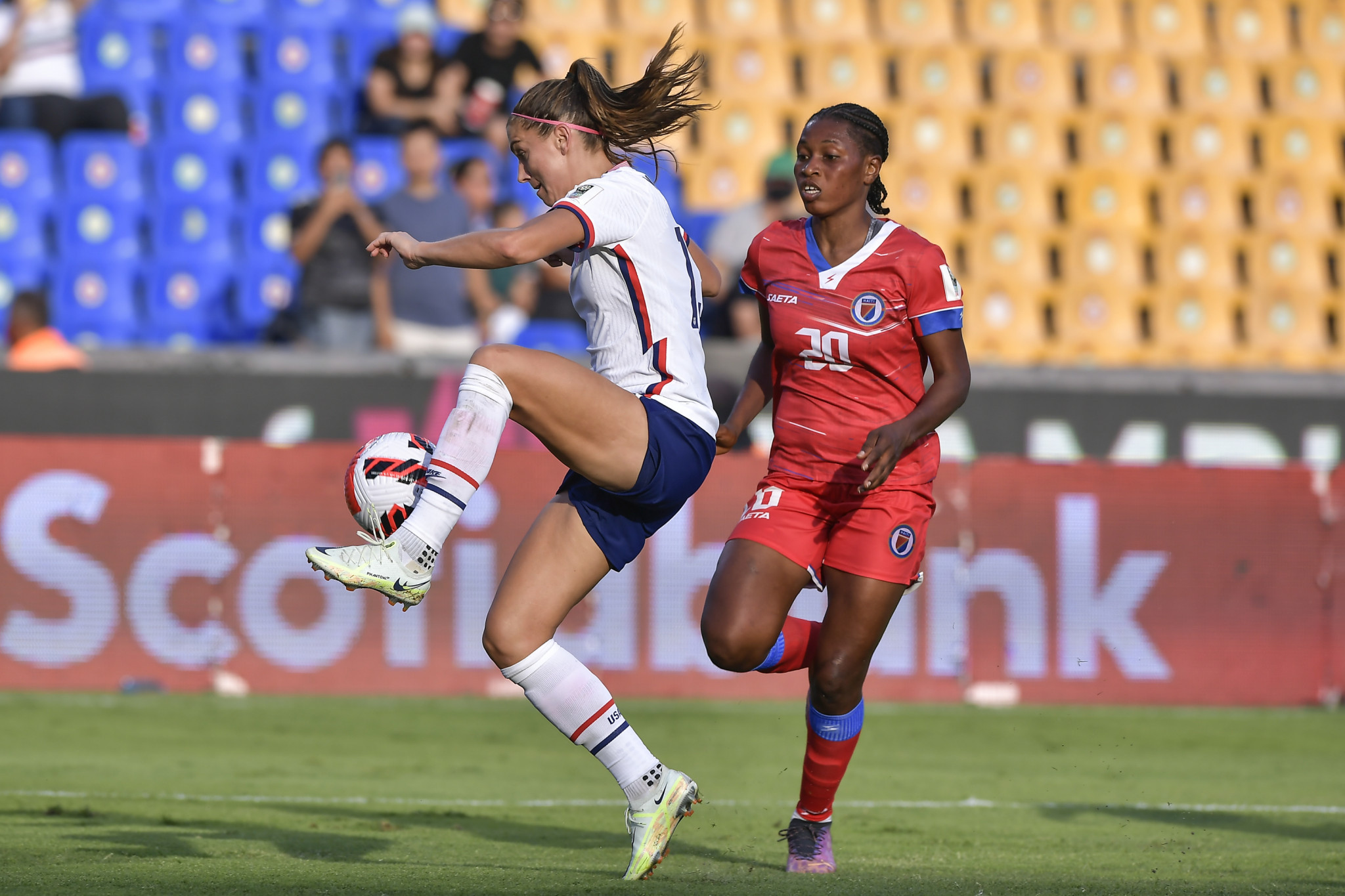 Alex Morgan scored a brace for the United States against Haiti to give the world champions a winning start to their Confederation of North, Central America and Caribbean Association Football (CONCACAF) W Championship title defence in Monterrey.

The 33-year-old bagged two goals in quick succession in the first half to give the US the upper hand inside the first 23 minutes at the Estadio Universitario.

Haiti was awarded a penalty towards the end of the half, but Roselord Borgella failed to convert after hitting the post.

The US' victory was confirmed late-on once Margaret Purce found the net.

The win puts the reigning champions top of group A while Jamaica are second thanks to their 1-0 win over Mexico.

Khadija Shaw’s lone effort in the eighth minute was the difference between the two sides.

Tomorrow’s fixtures are scheduled to see Costa Rica face Panama and Canada play Trinidad and Tobago in group B.