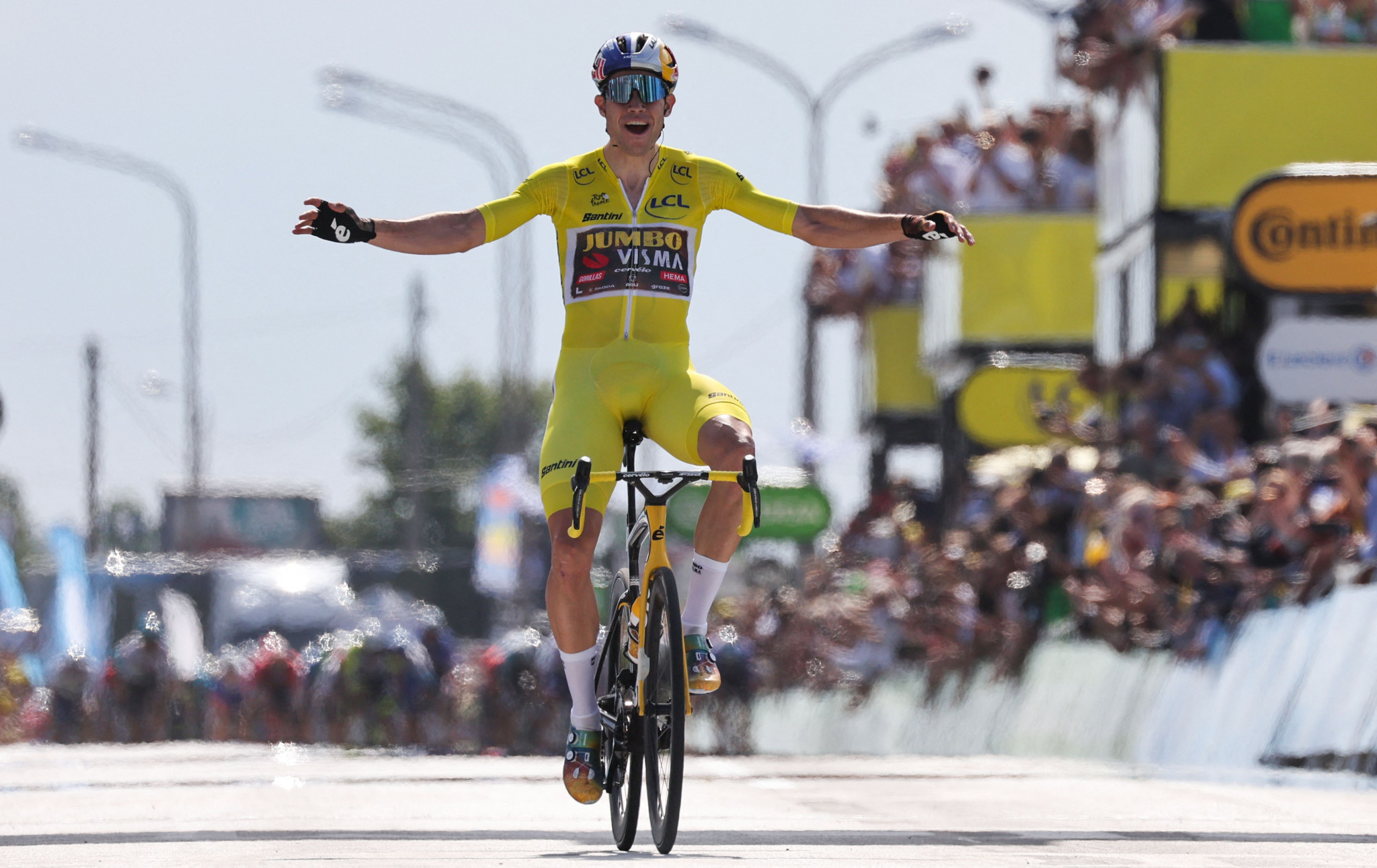 Belgian rider Wout van Aert has extended his general classification lead at the Tour de France after winning the fourth stage of the 2022 race, as part of a breakaway in Calais.

Over 171.5 kilometres from Dunkirk, the Jumbo-Visma cyclist tackled the hilly route and made a decisive solo attack with 11km to go to cross the line first in 4hrs 1min 36sec, with his compatriot Jasper Philipsen of Alpecin-Deceuninck closest to him, eight seconds away.

In the early stages, it was France's Anthony Perez of Cofidis and Denmark's Magnus Cort of EF Education-EasyPost who made a break to pick up important mountain stage points, pulling out a gap of more than seven minutes to the peloton at one stage.

Cort sat up and was caught with 42km to go by the peloton, with Perez hanging on until 15km from home.

Van Aert made the charge away from the pack soon after with Jumbo-Visma team-mates and only Australian Adam Yates of Ineos-Grenadiers otherwise matching the pace.

As they came back to the peloton, Van Aert stayed ahead and could not be caught.

Van Aert's victory comes after three successive second place finishes on the first three stages of this year's race, which have been taking place in Denmark.

Philipsen had not noticed his fellow Belgian up the road - celebrating what he thought was a stage victory after winning the bunch sprint.

France's Christopher Laporte - Van Aert's team-mate, pointed out to Philipsen that he had finished second.

Laporte was third, while Norway's Alexander Kristoff of Intermarché-Wanty-Gobert Matériaux and Slovakian Peter Sagan of TotalEnergies completed the top five.