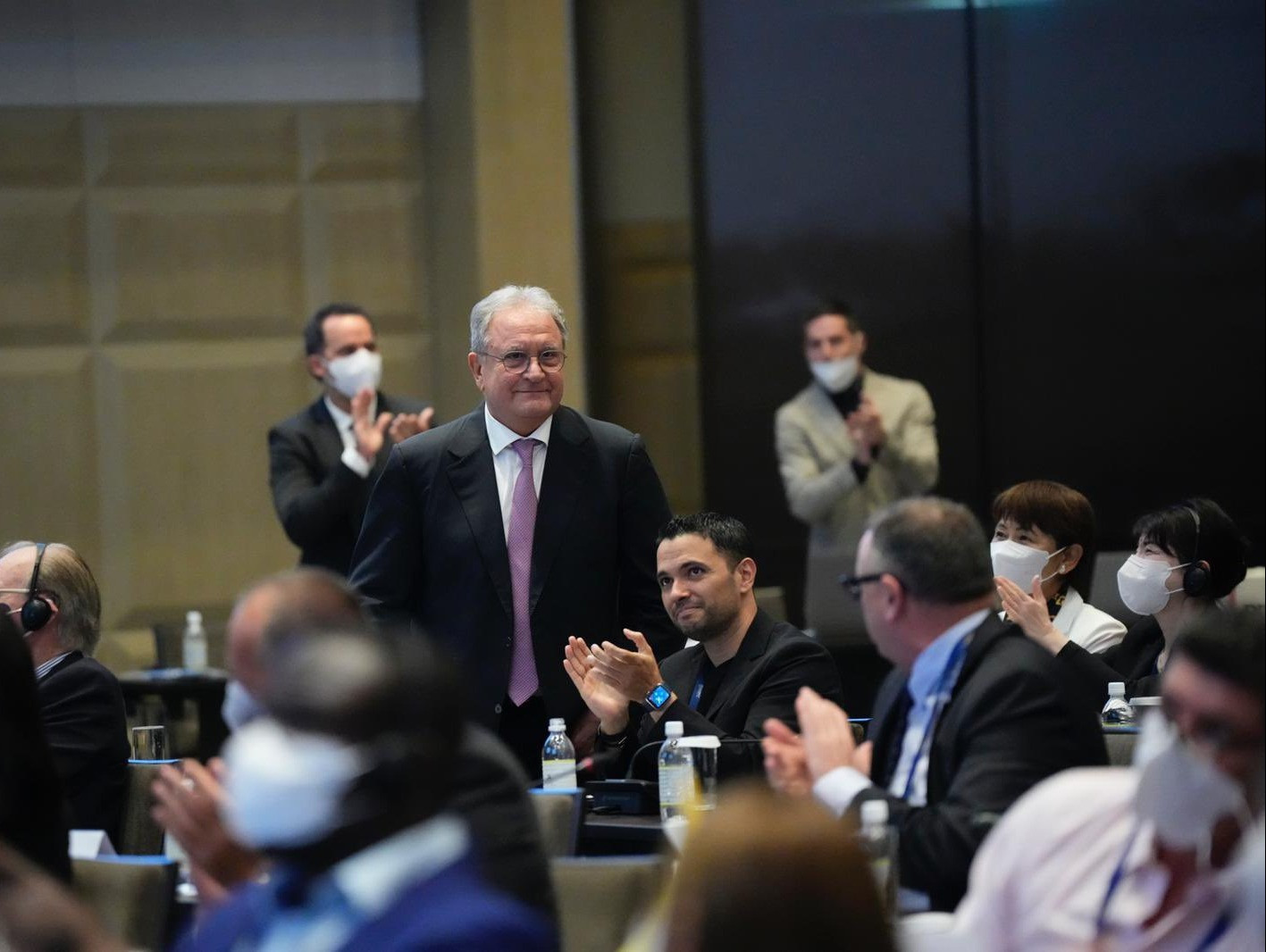 Riccardo Fraccari has secured a second term as the President of the World Baseball Softball Confederation (WBSC), having staved off competition from Didier Seminet at the WBSC Congress in Taipei City.

The 73-year-old is to remain leader of the organisation until 2028 on a six-year term, having claimed 100 of the the 144 votes from the delegates.

Fraccari was first elected to the WBSC Presidency in 2014, with this being his second term.

"Baseball and softball have grown into one of the biggest and best organised movements in the sports world," said Fraccari after his re-election.

"Not many other sports can claim to have such a big movement - from youth to pro - including urban sports with Baseball5, esports and our new Virtual Cup.

"Thanks to the incredible work of everybody in our sport, baseball and softball - and Baseball5 - are now played by approximately 65 million people across more than 140 countries and territories around the world."

I am very honoured to be elected as WBSC President for a second mandate. The international baseball and softball family has made some incredible achievements in my first term and I’m looking forward to continuing the exciting journey we have ahead of us. #WBSCCongress pic.twitter.com/3D4uACt9wl

Malaysian Beng Choo Low was re-elected to the secretary general position overwhelmingly by 121 to 13 votes to Tommy Velázquez of Puerto Rico, while Angelo Vicini from San Marino was elected again as treasurer against South African Marc Morea by a margin of 101 votes to 41.

American Paul Seiler and Ron Finlay of Australia were elected too at the WBSC Congress as baseball members at large, while Japan's Taeko Utsugi and Czech Republic's Gabriel Waage were elected for the equivalent positions for softball.

All WBSC Executive Board positions are elected to one term until 2025.

Craig Cress of the United States and the President Fraccari also sit in the softball and baseball chair positions for the WBSC.