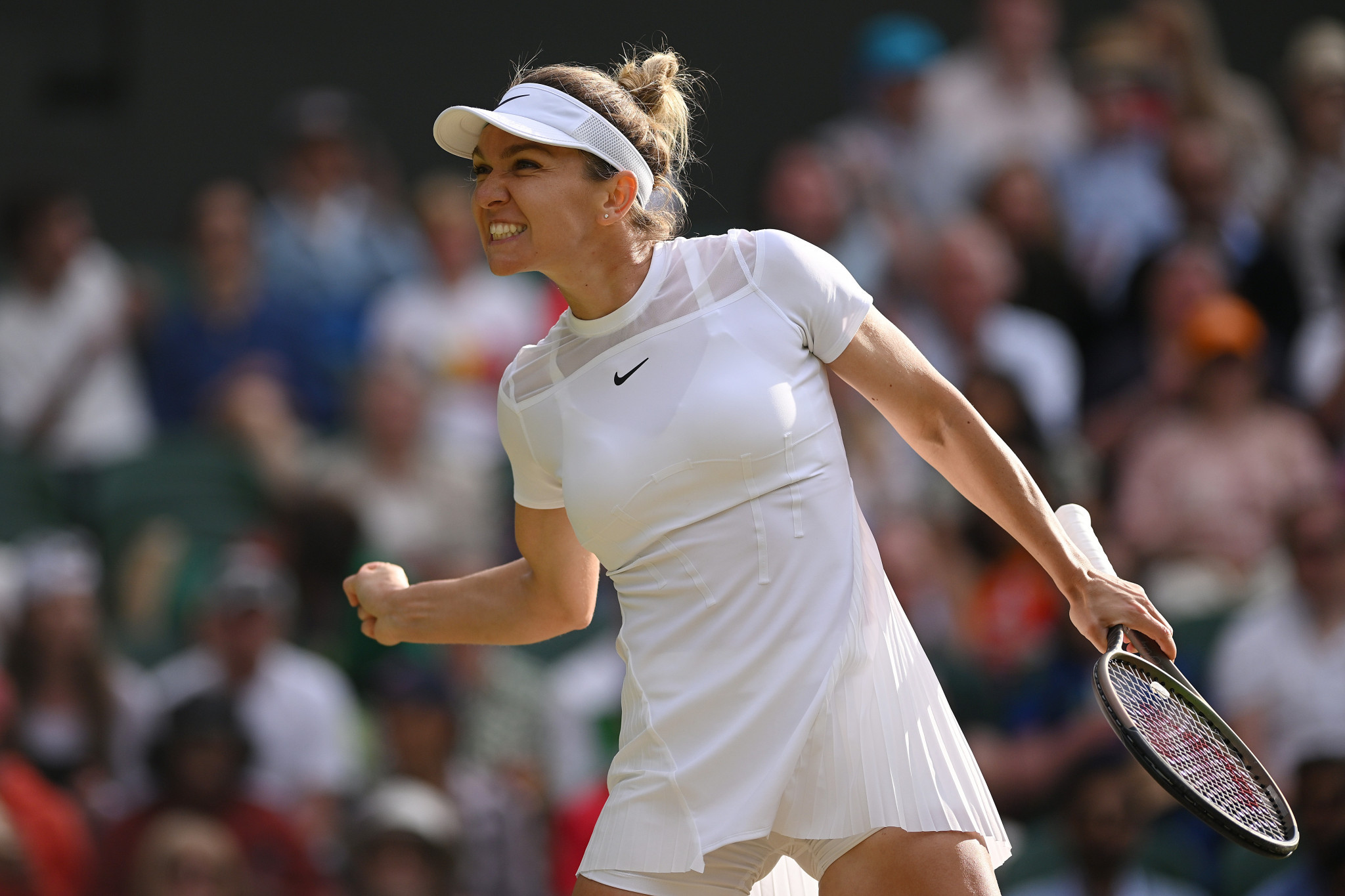 Romania’s Simona Halep underlined her credentials as a favourite for a second Wimbledon women’s singles crown after seeing off Spanish world number four Paula Badosa in straight sets to reach the quarter-finals.

The 2019 champion produced a ruthless performance, dismantling Badosa in a 6-1, 6-2 victory on Centre Court in London.

The two players last met on the clay courts at the Madrid Open two months ago where Halep lost only four games and the Romanian inflicted more misery on Badosa with another dominant display.

"Definitely it was a place I wanted to be today,” said the former world number one and two-time Grand Slam winner.

"I think I played a great match.

"[It is always difficult to play her but it was a pleasure to be back on Centre Court with this great crowd supporting me.

"I didn’t think about [not dropping a set so far] until now but day by day it’s better and better and I’m just looking forward to playing the next one and giving my best."

The 16th seed Halep is now set to face American Amanda Anisimova, who was equally impressive in her 6-2, 6-3 triumph against Harmony Tan of France.

Tan overcame 23-time Grand Slam winner and seven-time Wimbledon champion Serena Williams of the United States in the opening round on her way to the last 16 but her dream run was ended in clinical fashion by Anisimova.

Cornet, who ended Polish world number one Iga Świątek’s 37-match winning streak in the previous round, started well against Anisimova but Tomljanović prevailed 4-6, 6-4, 6-3 to make the quarter-finals for the second year in a row.

Elena Rybakina of Kazakhstan became the first female through to the quarter-finals of the women’s singles after a 7-5, 6-3 win over Petra Martić of Croatia in 80mins.

The 23-year-old is the second Kazakh to make it to this stage at Wimbledon after Yaroslava Shvedova’s run in 2016 and is next due to take on Tomljanović.

Kyrgios, who came through a tense and bad-tempered encounter with world number five Stefanos Tsitsipas of Greece in the third round, had to receive treatment for a shoulder injury.

But he managed to shrug it off to see off Nakashima and seal his place in the last eight of a Grand Slam for the first time in eight years.

"It wasn’t anywhere near my best performance level wise but I’m super happy to get through and I fought really hard," said Kyrgios.

"I’ve played a lot of tennis in the past month-and-a-half and I’m proud of the way I steadied the ship."

His five-set triumph sets up a clash with Chile's clay-court specialist Cristian Garín, who showed great form on the grass to overcome Australia’s Alex de Minaur in a thriller.

De Minaur, who has defeated home hopes Liam Broady and Jack Draper, was pole position to make it through to the quarter-finals when he took the first two sets and was just one point away from victory.

America's Taylor Fritz advanced to the last eight of a Grand Slam for the first time after thrashing Australia's Jason Kubler 6-3, 6-1, 6-4 and will now look forward to facing second seed Nadal.