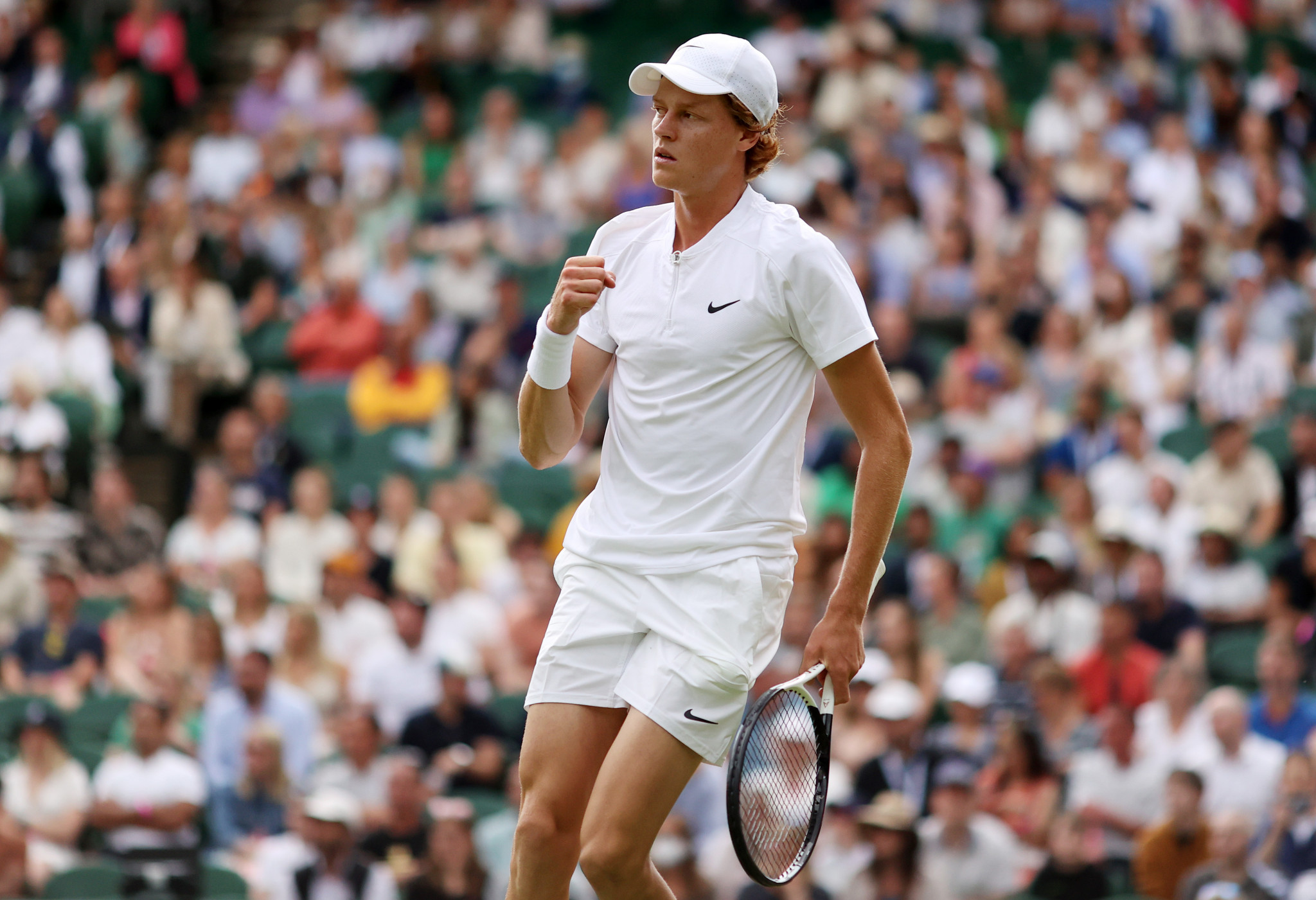 In a battle of two prodigies, Italy's 10th seed Jannik Sinner advanced to the quarter-finals in four entertaining sets against Spanish fifth seed Carlos Alcaraz 6-1, 6-4, 6-7, 6-3 at Wimbledon in the men's singles.

The 20-year-old Sinner, used his forehand strikes to his advantage to defeat his 19-year-old opponent, who was resilient in the third set to give himself hope, only to be broken early in the fourth as his rival clinched victory.

Serbian top seed Novak Djokovic claimed victory in four sets too, ending the run of Dutch wildcard Tim van Rijthoven by a score of 6-2, 4-6, 6-1, 6-2 in a match that finished shortly before 11pm.

It means Djokovic is now due to play Sinner for a spot in the semi-finals on Tuesday (July 5).

He is set to face David Goffin for a spot in the final four, meaning one of the two will be guaranteed their first Grand Slam semi-final.

Tatjana Maria and Jule Niemeier are to face each other in the women’s quarter-finals, with the two unseeded Germans winning their respective matches today.

Marie Bouzková of Czech Republic continues to have a fairytale run in the tournament in what has been a breakout season for the 23-year-old, beating France’s Caroline Garcia 7-5, 6-2.

Before coming to London for the Championships, her best Grand Slam singles results were second round appearances at the 2022 Australian and French Opens.

The Czech player is next scheduled to be in action against Tunisian third seed Ons Jabeur, who progressed with a 7-6, 6-4 win over 24th seed Elise Mertens of Belgium.