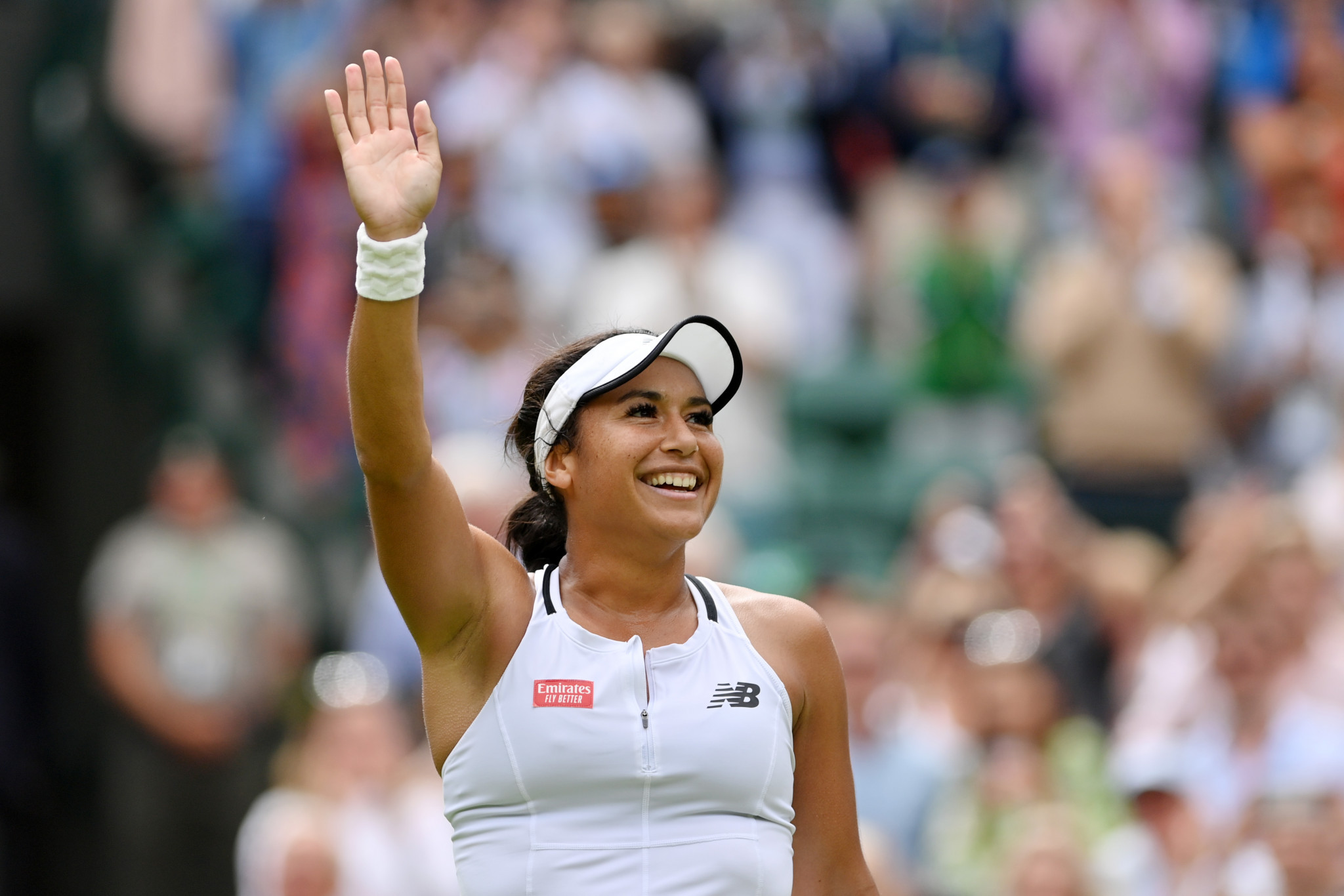 Britain are guaranteed a player in the fourth round of the men's and women's singles, with Heather Watson and Cameron Norrie making this stage for the first time at Wimbledon, in front of home fans.

Watson had her best result to date by making it into the last 16 of a Grand Slam women's singles tournament with a 7-6, 6-2 victory over Slovenian Kaja Juvan.

After several shots tied at deuce and advantage going back and forth, Watson sealed the victory with a stretched-out volley, that squeaked over the net.

"It wouldn't be me if there wasn't a bit of drama at the end," said Watson in her post-match interview.

"There is nowhere I would rather make round four.

"It means everything, playing here at home in front of you guys, the atmosphere is everything."

Her next opponent is also unseeded, Jule Niemeier of Germany.

The 22-year-old continued her strong run in the competition by beating Ukraine’s Lesia Tsurenko 6-4, 3-6, 6-3.

He faces another American in round four, 30th seed Tommy Paul, for a place in the quarter-finals.

All other seeds safely made it through including Spaniard Carlos Alcaraz, who thrashed German 32nd seed Oscar Otte 6-3, 6-1, 6-2.

Her opponent is to be up-and-coming Czech Marie Bouzková, the victor by a 6-2, 6-3 margin over American 28th seed Alison Riske-Amritraj.