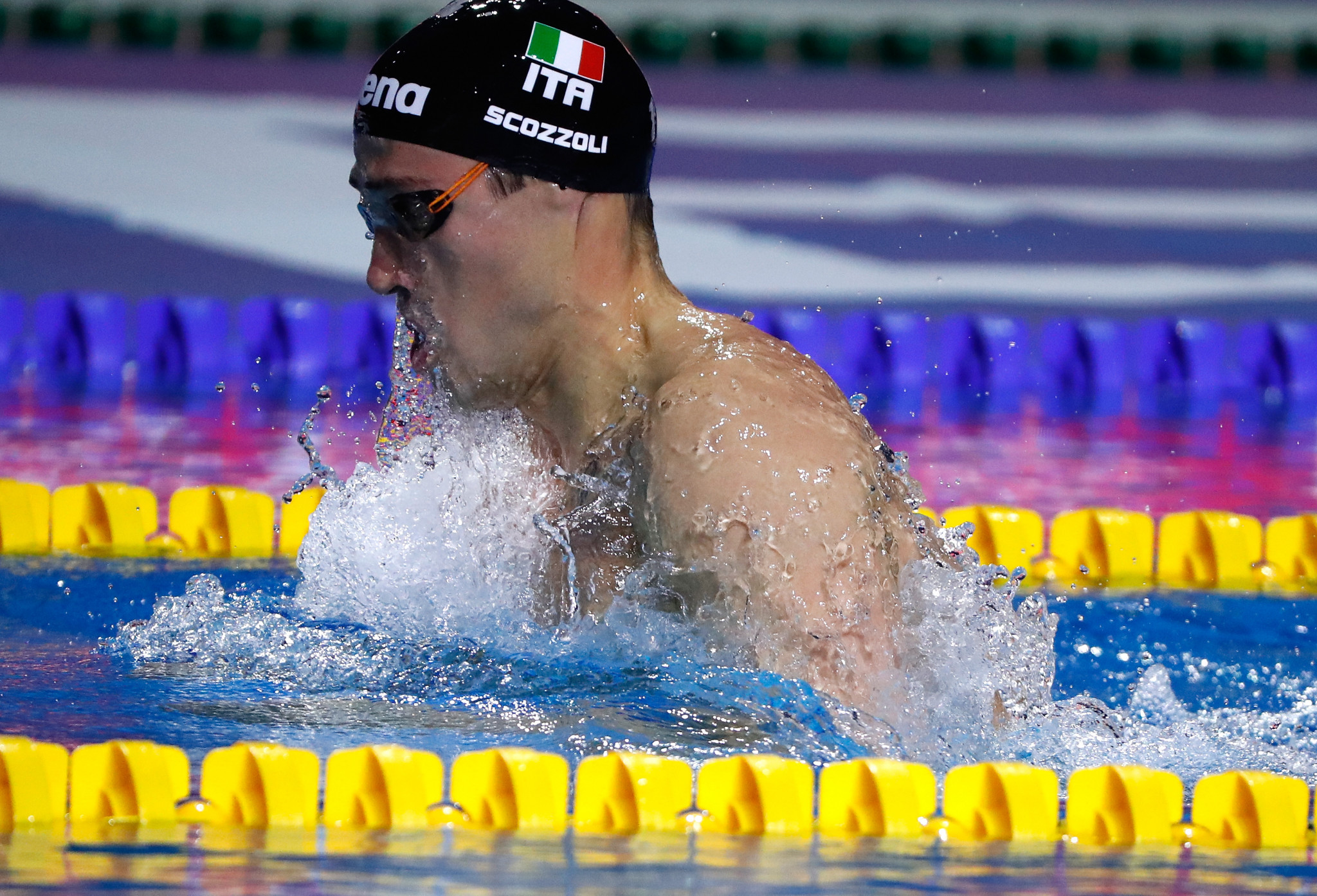 Italy have soared to the top of the swimming medals table at the Oran 2022 Mediterranean Games with five gold medals after superb day in the pool.

Fabio Scozzoli picked up the first gold for the Italians at the Centre Nautique as he narrowly beat Turkey's Emre Sakci in the men's 50 metres breaststroke.

Scozzoli, an eight-time European short course champion, clocked in after 26.97sec to beat Sakci by 0.03 seconds.

Slovakia's Peter John Stevens made up the podium with a time of 27.46.

Scozzoli and Stevens repeated their podium placement from the 2018 Mediterranean Games in Tarragona.

The 25-year-old reached the wall after 49.00, while his compatriot Allesandro Bori did enough for bronze.

It was yesterday's 50m butterfly winner Diogo Ribeiro of Portugal who secured silver in 49.02.

Lisa Angiolini led an Italian one-two in the women's 100m breaststroke ahead of Anita Bozzatto as the pair registered times of 1min 07.59sec and 1:08.14, respectively.

Turkey's Viktoria Gunes won the bronze medal in 1:08.44 to get on the podium and better her fifth-placed performance at Tarragona 2018.

Pier Matteazzi scored another Italian gold as he won the men's 400m medley with a time of 4:13.83 to beat Slovenia's Anse Fers Erzen and countryman Pietro Sarpe with respective times of 4:19.63 and 4:20.41.

The women's 200m backstroke was the only final of the day not to feature an Italian swimmer.

Camila Rebelo of Portugal set a new national record as she won gold with 2:10.41 on the clock.

Behind her was Spaniard Africa Zamorano who touched in 2:11.48, while Turkey's national record holder Ekaterina Avramova rounded out the top three in 2:12.72.

In addition to their five gold medalss so far, Italy also has four silvers and five bronzes.

Greece are the next best swimming nation in Oran at the moment with three golds and one bronze.