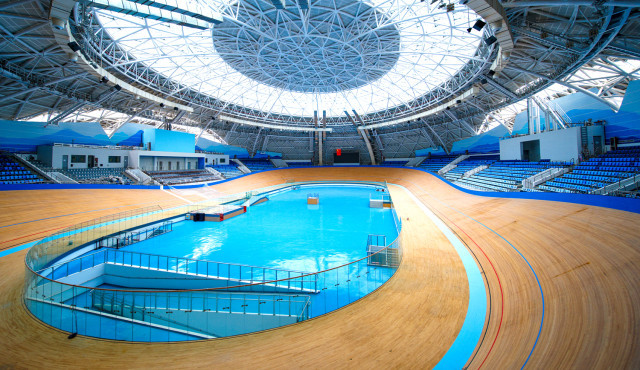 Organisers of the postponed Asian Games in Hangzhou are to make several venues available for public use.

The scheme has been launched under the banner "Enjoying the Dividends of the Asian Games".

It will allow local residents to watch events or take part in other organised sessions at a number of Games venues within the Chun'an Jieshou Sports Centre.

Chun'an Jieshou Sports Centre was to have staged cycling, triathlon and open water swimming events at the Asian Games before a postponement was announced at the beginning of May.

Hangzhou 2022 was postponed because of China's strict COVID-19 regulations.

The velodrome and courses for BMX, mountain biking and the road race will be open to the public free of charge or "at a low price" along with the venue planned for triathlon.

Binjiang Gymnasium, the venue which was assigned for badminton, was also opened to the public, along with outdoor basketball courts and running tracks.

The sporting venues of Hangzhou 2022 are expected to be used for fitness sessions, sports education, specialised training as well as sporting events.

#Binjiang Gymnasium, the venue for badminton events during the 19th #AsianGames and the 4th #AsianParaGames, opened to the public on July 1.

The outdoor basketball courts and running tracks are open for the public with free admission. #Hangzhou #Badminton @bwfmedia pic.twitter.com/F1NRBYPyfg

It is also planned that they will be used for conventions, exhibitions and other events

Asian Games organisers have also announced that Chun'an Jieshou Sports Centre is likely to host some 15 events in the second half of the year.

The schedule is expected to include the a Chinese track cycling league, the Qiandao Lake road race and National Championships in triathlon.