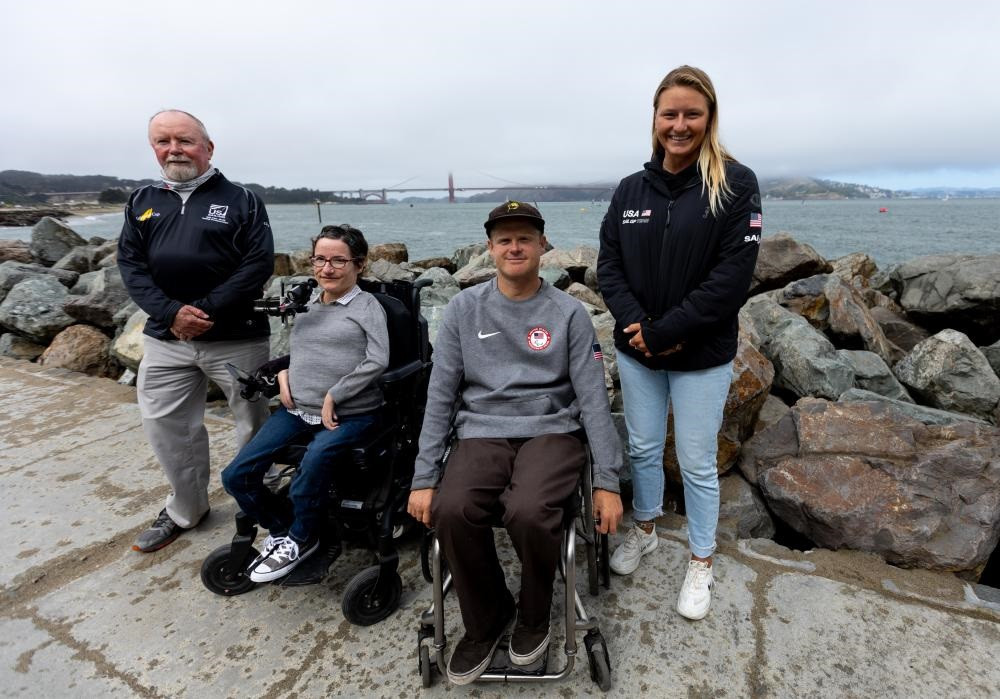 World Sailing has claimed that it is "already well advanced on the criteria" set out by the International Paralympic Committee (IPC) to reinstate sailing at the Los Angeles 2028 Paralympic Games.

Marcus Spillane, vice-president of World Sailing and a member of its Para World Sailing Committee, underlined the progress being made by the governing body in its efforts to return sailing to the Paralympic stage when speaking at a media event held in San Francisco to showcase its bid.

The athletes were joined by representatives of US Sailing and World Sailing to explain the reinstatement process as the International Federation prepares to submit its readmission application.

"Let me be very clear, reinstating sailing in the Paralympics is a primary objective of World Sailing," said Spillane.

"We are committed to continue driving the growth and development of this side of our sport, and it is a key cornerstone of our strategy.

"But it is important to remember that Para sailing is not just about the Paralympics, although that is the reason we are here today, it is about growing the sport of Para sailing as a whole."

World Sailing is aiming to increase participation to 45 nations on six continents, raise the number of people under 30 to 20 per cent of total athletes, and grow the amount of female participants to 30 per cent as part of its bid to regain Paralympic status.

"World Sailing, along with its member national authorities is working hard to address the previous concerns raised by the IPC," said Spillane.

"Despite the restrictions of the pandemic, our goal of 45 countries on six continents for our major events is on track, and at our last Hansa Worlds alone we had 181 sailors from 23 nations and six continents so we are already well advanced on the criteria that we need to show the IPC why we should be included.

"We have a strong strategy going forward and are working closely with our member national authorities to prove that sailing should be reinstated in the Paralympic Games for LA28."

Para sailing featured at five successive Games from Sydney 2000 to Rio 2016 only to lose its place for Tokyo 2020.

Porteous, who finished fifth in the SKUD-18 class at Rio 2016, said the removal of sailing from the Paralympic Games, was having an impact on the sport.

"It's pretty devastating, not just because it is the pinnacle of the sport and that really drove a lot of the funding, but also it was instrumental in attracting more people to the sport," said Porteous.

"I had just got into Para Sailing and was seeing all these new people and new faces at regattas and it was so exciting to see everything building.

"And then to have it all taken away, just like that, the momentum was lost."

Porteous was a competitive sailor at Mission Bay Yacht Club before slipping on a dock and breaking his neck at the age of 18.

His world had turned upside down, but Porteous said the chance of representing the US in sailing at the Paralympics offered him a "bright light".

"While I was still in the hospital post injury, I was doing research on the Paralympics," said Porteous.

"I looked up Paralympics, I had heard of it beforehand, but never really looked into it.

"I saw that there was sailing and I was like, 'Woah this looks awesome, I want to do that'."

Unable to use her arms, Rubke controls the sails with a joystick that is tied under her chin.

"Sailing is really unique and you can adapt it to somebody who has a very significant disability," said Rubke.

Thweatt was hit by a car when riding a motorcycle and lost his leg below the knee and fractured his femur.

Andrew Clouston, senior vice-president of programmes and services at US Sailing, who has a responsibility for adaptive sailing, also stressed the importance of sailing featuring at Los Angeles 2028.

"Taking away the pinnacle event that is so inspiring to people impacted our ability to attract more people into the sport, as well as keeping those already engaged and competing at all levels," said Clouston.

"We've got 80 organisations offering specific programming for Para sailors throughout the United States and we want to be able to build that base further.

"And having Para Sailing included in the Paralympics is a really critical piece of that picture."