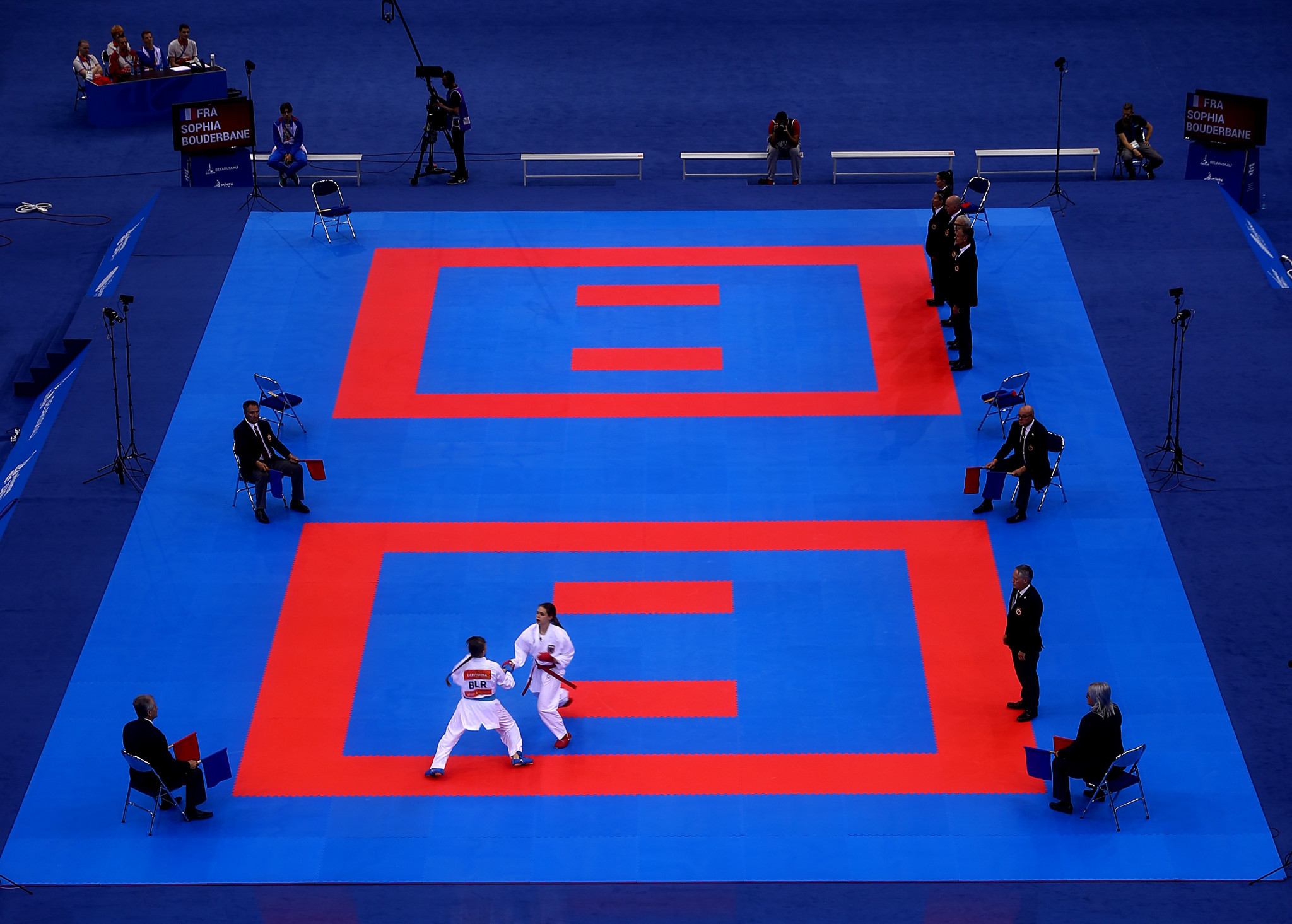 Ouikene dominated her last opponent 5-0 in what was the most comprehensive result of her tournament, having picked up 2-0 and 1-0 results prior to the deciding bout.

Moroccan Chaimae ElHayti and Pinilla Sanchez took a bronze medal each after prevailing in the repechage round.

The 19-year-old triumphed over Egypt's Ahlam Youssef in the women's under-55kg final with a convincing 4-1 points victory.

Abouriche was dominant throughout the event as she cruised past Kosovo's Albulene Gervalla, 7-0, Veronica Brunori of Italy 9-2, and Croatian Alessandra Hasani 4-2 before topping the standings.

Brunori and Turkey's Tugba Yakan joined them on the podium following their bronze medal match wins.

Algeria's Ali Salmi came close to winning a third consecutive gold for the hosts but lost to Turkey's Eray Samdan 5-0 in the men's under-60kg final while Amr Aboukora of Egypt and France's Rayyan Meziane took bronze.

There was further Algerian success in the women's under-61kg category when Chaima Midi overcame Tunisian Wafa Mahjoub 3-2 in the final, while the last gold medal match of the night saw another Algerian victor in Oussama Zaid, who triumphed 5-4 over Abdalla Abdelaziz of Egypt.

Elsewhere, Dionysios Xenos of Greece won the men's under-67kg category final with a 3-2 win over Luca Maresca of Italy,

A further four gold medals are set to be awarded in tomorrow's action with winners scheduled to be crowned in the women's under-68kg and over-68kg tournaments and the men's under-84kg and over-84kg events.

As well as karate gold medals are also due to be won in badminton, artistic gymnastics, table tennis and wrestling tomorrow.