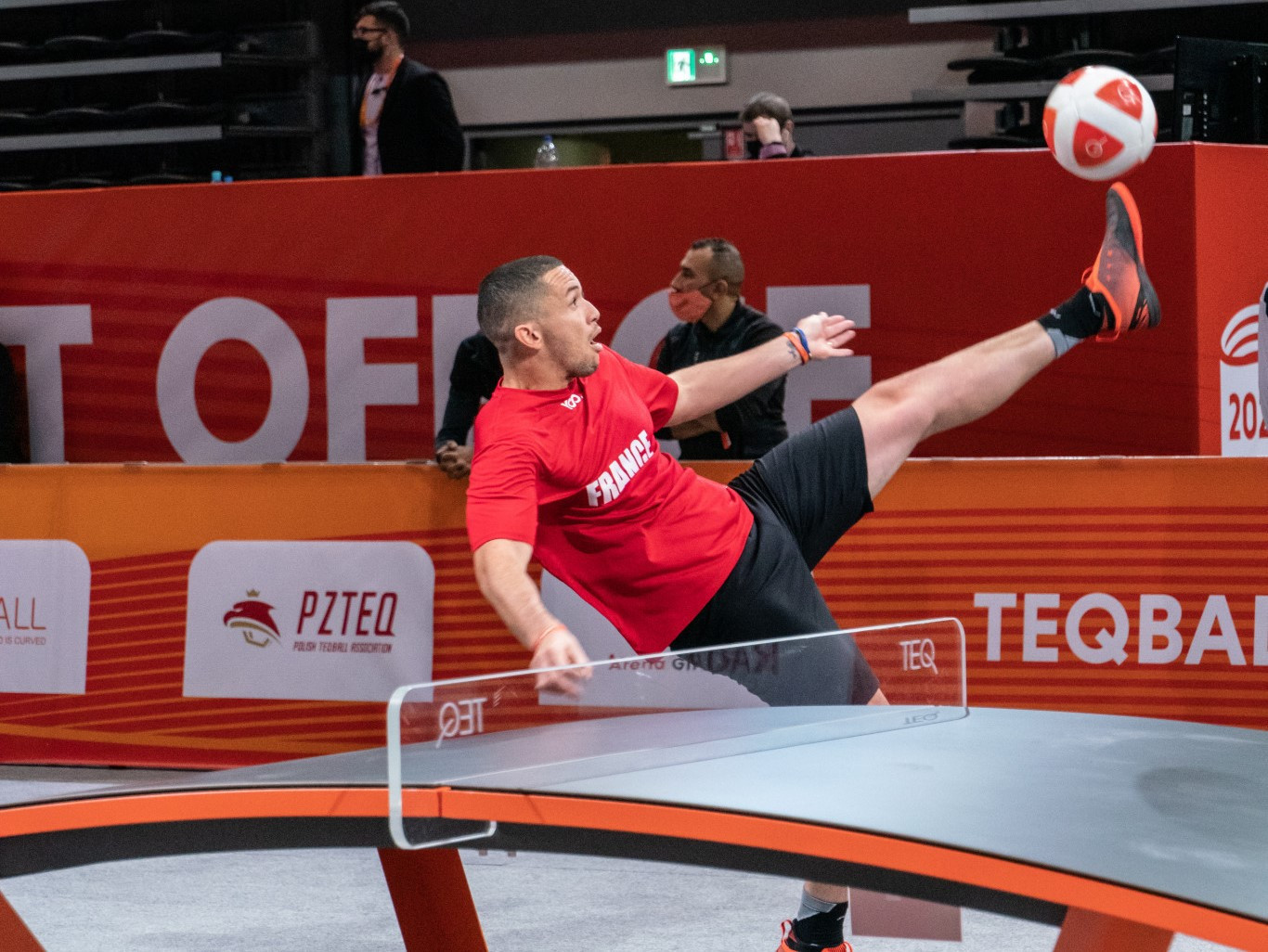 The top-10 ranked men's doubles teqball pairing of Julien Grondin and Hugo Rabeux from France are set to compete at the Mediterranean Games in Oran, where the sport is featuring as a demonstration event.

Grondin is one of teqball's biggest stars, winning silver in the men's singles competition at the Teqball World Championships in Gliwice last year.

He and Rabeux finished fourth at the previous World Championships in Budapest in 2019, and reached the quarter-finals in the Polish city in December 2021.

They are ninth on the International Federation of Teqball's (FITEQ) world rankings, and headline the teqball line-up for the upcoming Mediterranean Games.

The tournament is due to be held on the final two days of the multi-sport event on July 4 and 5.

Representatives from host nation Algeria, Tunisia and Portugal have also been confirmed on the entry list for the men's doubles event.

Joao Pinheiro and Antonio Henriques are set to compete for Portugal, with Rochdi Latreche and Mekki Hamza carrying Algeria's hopes.

Registration for the teqball demonstration event is open until Wednesday (June 29).

Teqball was added to the programme as a demonstration sport for Oran 2022 in March.

The Mediterranean Games are due to begin on Saturday (June 25), with more than 3,300 athletes from 26 countries expected to take part.

Teqball is due to make its debut as a medal event at the Kraków-Małopolska 2023 European Games, and will be a demonstration sport at the Accra 2023 African Games.

FITEQ general secretary Marius Vizer Jr has said the governing body is targeting "all multi-sport events on an international level".

He is set to lead a FITEQ delegation which travels to Oran for the Mediterranean Games.