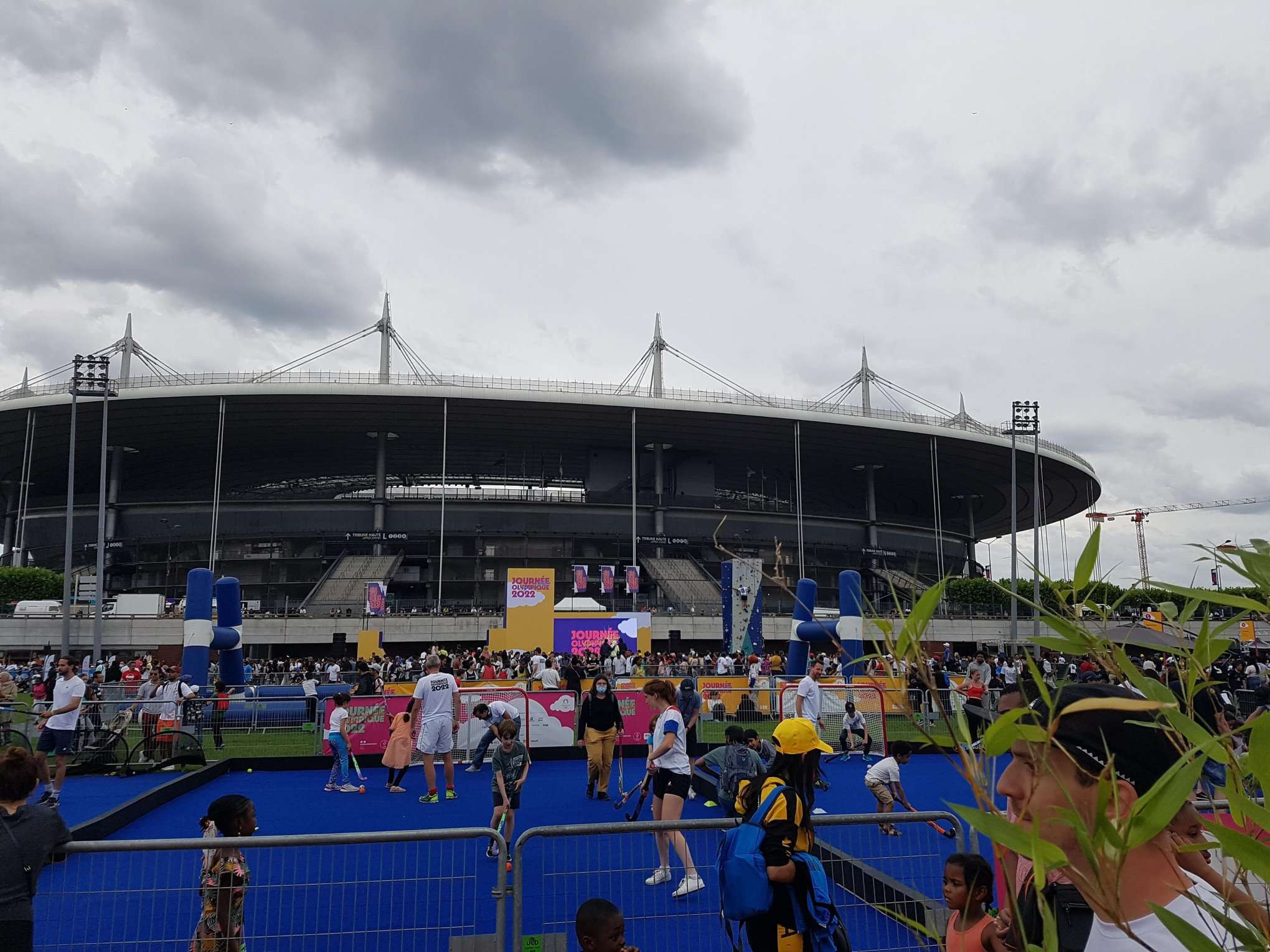 The Organising Committee for the Paris 2024 Olympic and Paralympic Games held its Olympic Day celebrations today with demonstration events in more than 30 sports here at the Stade de France in Saint-Denis.

Thousands flocked to the athletics warm-up track outside the national stadium of France to try out sports that are to be involved at the Games.

This included breaking, which had its own showcase event on the main stage.

Sitting volleyball was the other Para sport on today's programme.

Art played a part on the day too, with several artists providing music on stage and freestyle events like Double Dutch skipping taking place too.

"Sport, entertainment, energy and sharing: this Olympic Day reflected what the Paris 2024 Games will be like for all those attending," said Paris 2024 President Tony Estanguet.

"It was important for us to organise it in Seine-Saint-Denis, an area that inspires us with its youth, dynamism and creativity, and which will be the beating heart of the Games.

"Thank you to all the Federations, clubs, athletes, associations and all those who mobilised and contributed to the success of this day.

"Almost two years before the event, it is good to get a taste of the Olympic Games together."

The Stade de France is due to hold athletics and rugby sevens events at the Paris 2024 Olympic Games, which is scheduled for July 26 to August 11 2024.

The Paralympics are scheduled to follow from August 28 to September 8, with the Stade de France due to hold athletics and the start of the cycling road events.