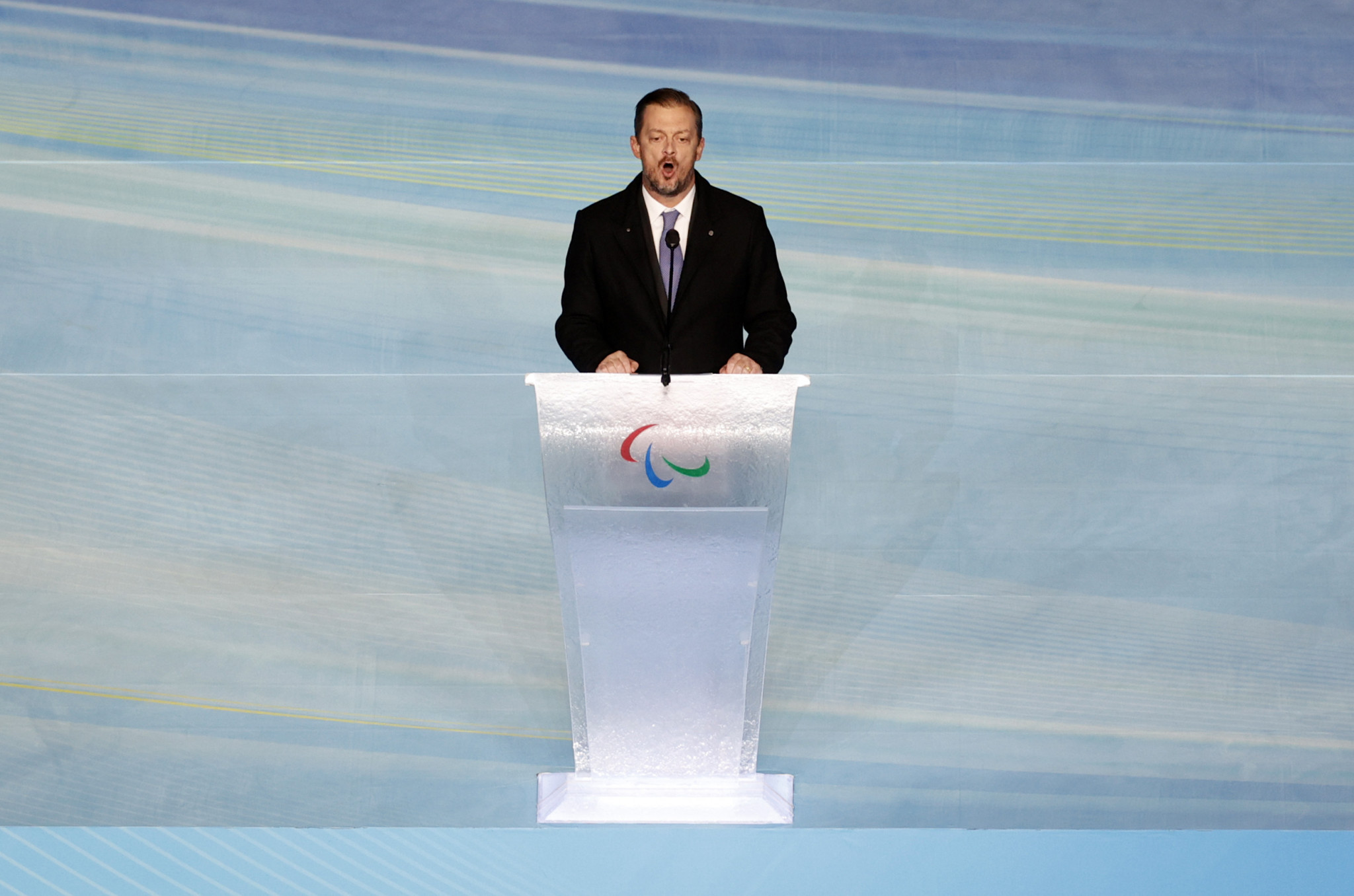 The International Paralympic Committee (IPC) President Andrew Parsons is considering "innovative" options for the Paris 2024 Paralympic Games Opening Ceremony, following the concept of hosting the opening of the Olympics on the River Seine.

Speaking to insidethegames here in Saint-Denis at the Stade de France, Parsons claimed there was a lot of trust between the IPC and the Paris 2024 organisers in making the Paralympics feel important.

"These elements have some risk and we think it's the right Organising Committee to take risks with."

Parsons found the Olympic Opening Ceremony plans to be intriguing, but stressed the Paralympic Games could not have a carbon replica due to several factors related to disabled people.

"We like the concept, but then you need to understand the logistics of accessibility, ticketing and how we can get more people involved," added Parsons.

"We like the idea, but we need to see how feasible it is before we make a decision.

"They are coming with fresh ideas and are trying to see the Games from a different angle."

The IPC President praised Paris 2024's decision to make the Olympic and Paralympic logos the same, saying it tells the "story of equality", adding that having sports at the heart of the city will further improve coverage of Para sport.

"They don't see the Paralympics as a smaller version of the Olympics, they want to do things different," said Parsons.

"We want things to be delivered on the same level.

"The integration of events around the city will be fantastic for us.

"For example, football 5-a-side will be a few metres from the Eiffel Tower.

"It's embedded at the heart of the city so not only those who buy a ticket but I think Parisians will feel the Games."

One challenge that the IPC still faces is audience retention following the Olympics, with 17 days between the Olympic Closing Ceremony and Paralympic Opening Ceremony.

Acknowledging the issue, the Brazilian said collaboration with the International Olympic Committee (IOC) and Paris 2024 was ongoing to maximise the impact of the Para sport platform at its highest point over a four-year period.

"We are discussing with the IOC and Paris 2024 about how we can keep that spirit alive in the transition period," he said.

"We have the Paralympic Torch Relay that has already helped, but there are some others.

"At Tokyo 2020 there was a video for the first time about returning for the Paralympic Games.

"Some of the ideas are easier to implement now, Paris 2024 see the two events as one big thing.

Parsons noted that the recent launch of the programme PARA SPORT was to make disabled sport more noteworthy outside of the Games, looking to engage National Paralympic Committees through their events too, citing that the Paralympics was the only opportunity currently for disabled people to speak on the global stage.

The IPC President added that the future of sport had to involve other groups fighting for equality to create a more just world.

"We believe the future of sport is an intersection between sports and entertainment. It needs to be cool," he said.

"If the world is more inclusive it will not just be inclusive for people with disabilities, but people in the lesbian, gay, bisexual, transgender and queer (LGBTQ+) community, ethnic minorities and people with different opinions.

"The Paralympics is the only time where people with disabilities can really pull their head out of the water and say 'we are here, we have a message and we have things we want to achieve'."

The Paris 2024 Paralympic Games are scheduled to take place from August 28 to September 8 2024.