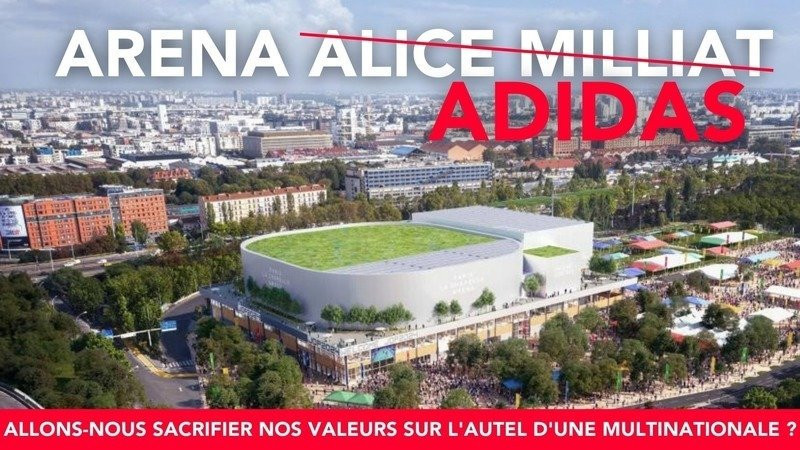 Paris Deputy Mayor Pierre Rabadan has defended the decision to add the name of major sports equipment manufacturer Adidas to a key Paris 2024 venue despite objections from its left-wing allies.

The Council of Paris is set to give a ruling on the matter on July 8 and Mayor Anne Hidalgo will have to depend on the right-wing to push the project through.

"Adidas is very established in France," Rabadan was quoted as saying by French publication L'Équipe.

"Adidas is a sports equipment manufacturer with a strong presence in France and elsewhere, which corresponded to what we wanted to do with this Arena."

According to L'Équipe, Adidas should pay €2.8 million (£2.4 million/ $2.9 million) per year over five years, with the contract renewable for seven more years, for the naming rights.

Rabadan hopes that this will bring an "economic balance" to the 7,800-seat venue.

"If we create a room and it is not balanced (economically), it will be up to the community to pay," Rabadan told L'Équipe.

Currently under construction, the venue is scheduled to be completed by September 2023.

A decision on the naming rights for the venue was made by the SAE POPB Board in May.

According to French newspaper Le Monde, the venue was approved to be named "Adidas - La Chapelle District."

However, the communists have accused Mayor Hidalgo of a "reversal" after the Paris Council had voted in favour of a proposal in 2020 to name the venue after Alice-Milliat, as a tribute to the popular women's sport activist.

The Alice-Milliat Foundation along with Nicolas Bonnet-Oulaldj, President of the communist and citizen group on the Paris Council, had launched a campaign in May to name the venue after Milliat.