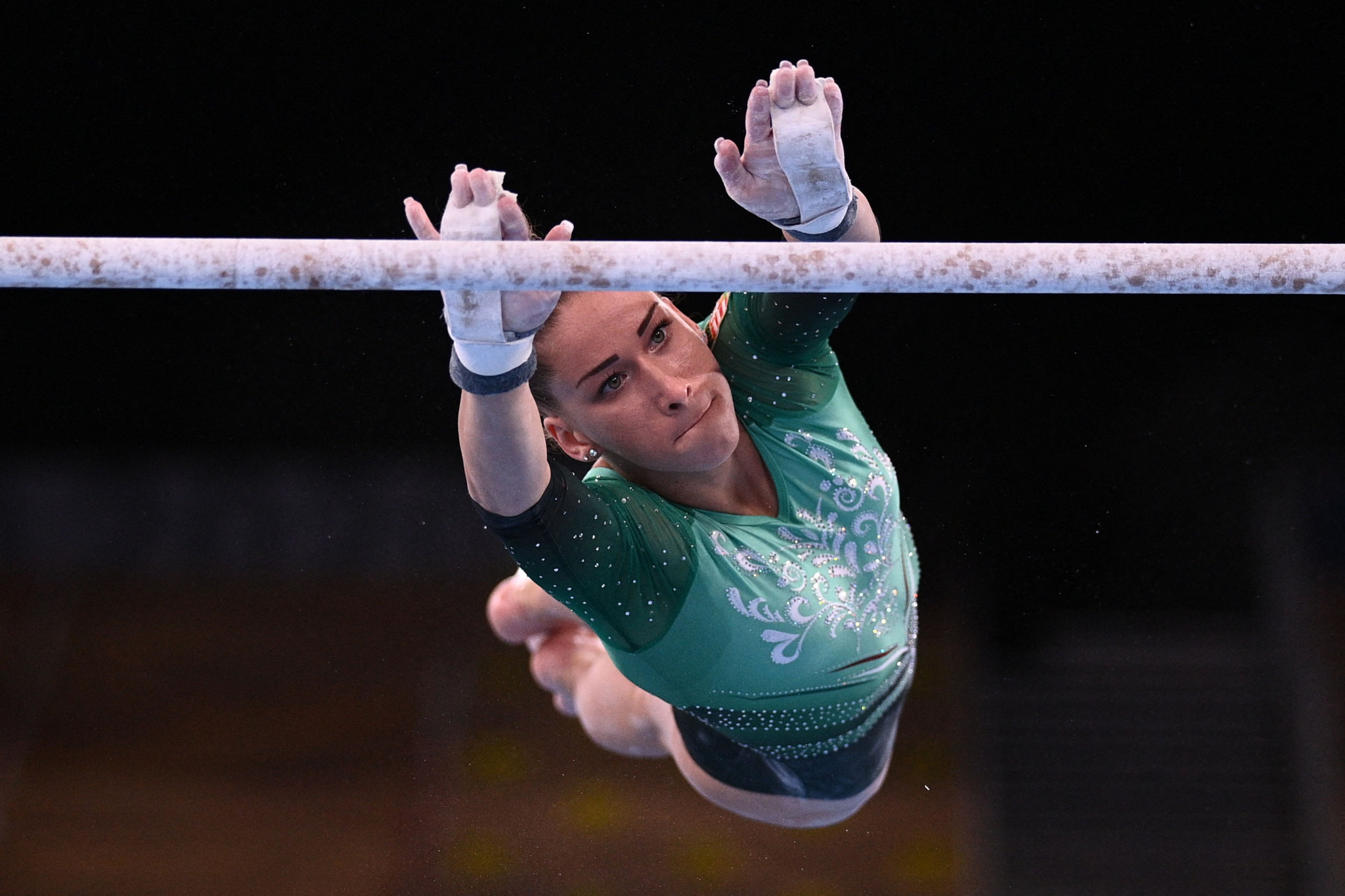 Zsófia Kovács has dominated the opening the day of finals at the International Gymnastics Federation (FIG) Artistic Gymnastics World Cup in Koper in Slovenia, winning both individual deciders.

The Hungarian 22-year-old began the day with a triumph in the vault final as she was awarded 13.325 points from two routines at the Bonifika Competition Hall.

She risked a challenging routine in her first attempt but was rewarded with the highest score for difficulty with 5.00 points while also scoring a leading 9.150 points for her execution.

Kovács then bagged a disappointing 12.500 points for her second attempt and was also penalised 0.10 points for an infringement.

It did not matter however, as Slovenia's second-place Tjaša Kysselef, could only muster 13.200 points while her compatriot Teja Belak scored 13.050 points to take bronze.

Kovács, who also won two gold medals at the 2020 European Championships, prevailed again in Koper this time in the uneven bars with 14.350 points.

Zója Székely completed a Hungarian one-two with 13.650 to pip Britain's Ruby Stacey to bronze as she was awarded 13.350 points.

Harry Hepworth then secured gold for Britain in the men's floor exercise final with a narrow victory over the United States' Riley Loos by 14.200 points to 14.100 while another American, Taylor Burkhart, made up the top three with 13.950 points.

Mateo Žugec of Croatia's 14.050 points was enough to secure gold in the men's pommel horse final ahead of Ukraine's Petro Pakhniuk and Krisztofer Mészáros of Hungary on 13.750 and 13.200, respectively.

The Ukrainian picked up 14.050 points in what was rated as the hardest routine of the discipline.

Loos had to settle for silver again on 13.700 points while Felix Blaquiere of Canada won bronze on 13.450 points.