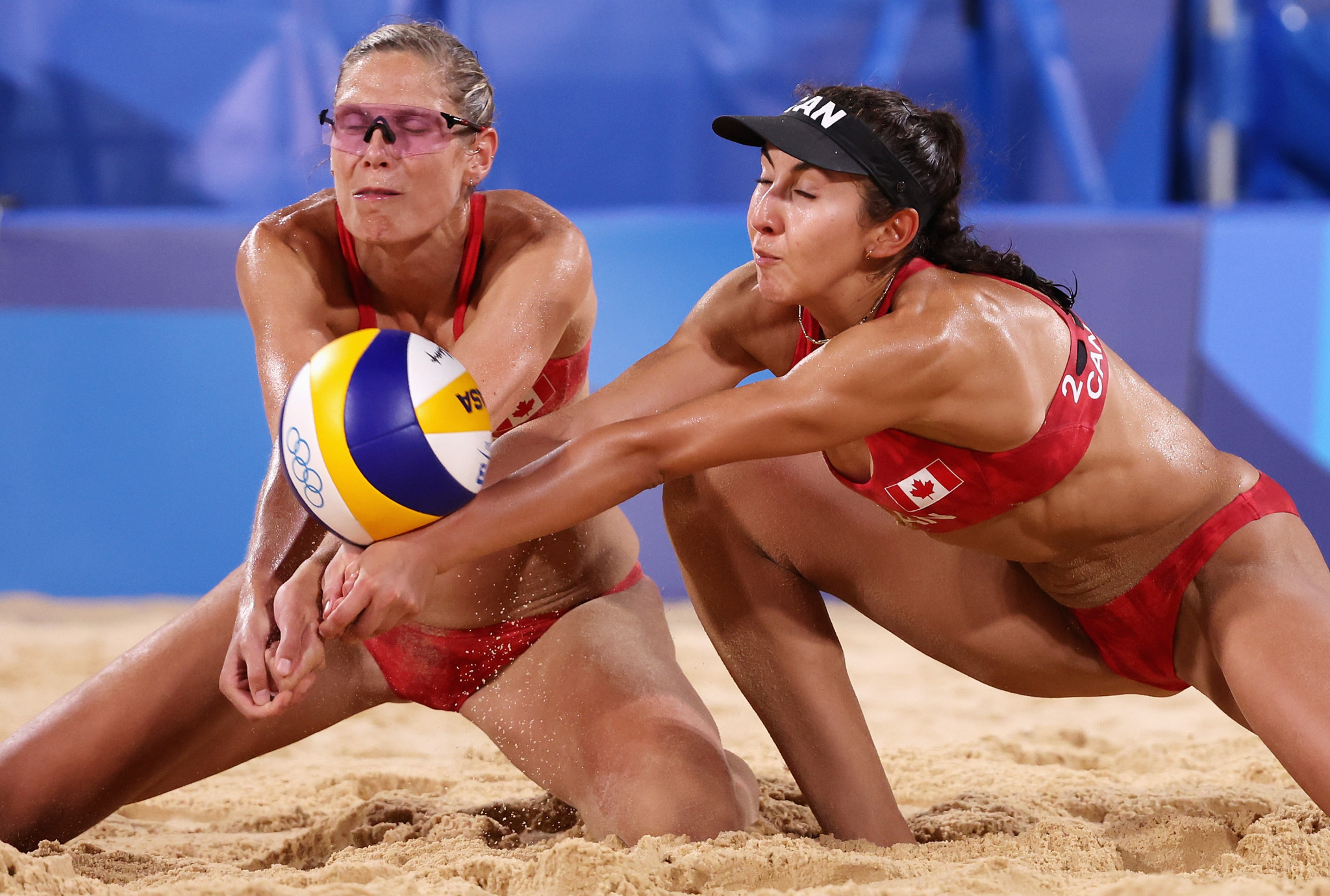 Reigning champions Sarah Pavan and Melissa Humana-Paredes have been knocked out of the Beach Volleyball World Championships in Rome.

The Canadian pair suffered a 24-22, 21-14 straight games defeat against Duda Lisboa and Ana Patrícia at the Foro Italico in the capital.

The Brazilians were good value for their win, recording 30 attacking points to 19 in a commanding performance.

Ana Patrícia was dominant at the net as she recorded a leading four block points while Duda's accuracy saw her score 20 points at a match-best efficiency rate of 29.09 per cent.

The result means Pavan and Humana-Paredes can no longer defend their title from the last edition of the tournament in 2019, where they beat Americans Alix Klineman and April Ross 2-0 in Hamburg.

Duda and Ana Patrícia are due to meet Anouk Vergé-Dépré and Joana Heidrich of Switzerland in the semi-final.

Despite the score line, it was not an easy win with the Swiss eventually taking the hard-fought contest 21-17, 21-18.

The Olympic silver medallists took the lead but allowed complacency to sneak in as the Germans pulled back to win 21-23, 21-18, 16-14.

In the men's event, Andre Stein and George Maior Wanderley got the better of Bruno Schmidt and Saymon Barbosa Santos in an all-Brazilian showdown, winning 21-17, 23-21.

The men's and women's semi-finals are set to take place tomorrow before the final and bronze medal matches on Sunday (June 19).