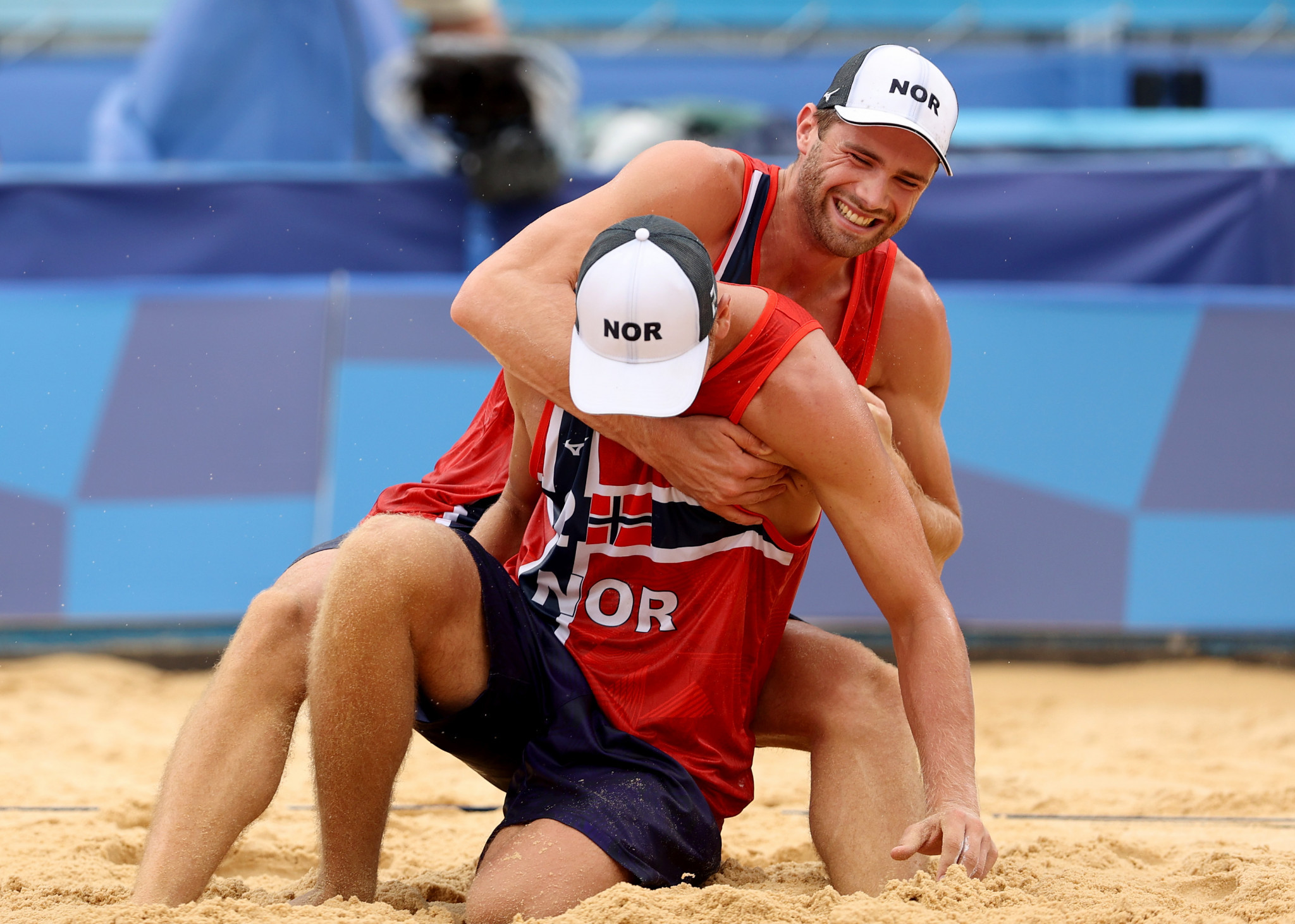 Olympic champions Anders Mol and Christian Sørum have continued their impressive run at the Beach Volleyball World Championships in Rome to progress to the round of 16.

The Norwegians defeated Matthew Immers and Stefan Boermans of The Netherlands 21-18, 21-17 at the Foro Italico in the Italian capital.

Despite scoring fewer attacking points, Mol and Sørum were able to register more block and serve points while also committing only eight errors to their opponents' 13 which provided the edge in a tight contest.

The result continues the Tokyo 2020 champions' streak as they are yet to concede a single game in their four fixtures so far.

The pair are due to face Austria's Robin Seidl and Philipp Waller in the next round after the Austrians came from behind to beat the United States' Taylor Crabb and Taylor Sander 17-21, 21-15, 15-9.

In the women's draw, one of the favoured duos Sarah Pavan and Melissa Humana-Paredes of Canada were also forced to win in three games.

The gold medallists from the Beach Volleyball Pro Tour in Jūrmala in Latvia showed tenacity as they scraped past Brazilians Hegeile Almeida dos Santos and Taiana Lima 18-21, 21-18, 15-10.

Pavan dominated at the net as she amassed eight block points, the most in the match, and recorded the highest efficiency percentage with 31.48 in addition to the fewest errors with four.

Another Brazilian pair in Talita Antunes and Rebecca Cavalcanti are the next to stand in their way as they have a round of 16 match-up scheduled to take place tomorrow.

Svenja Müller and Cinja Tillmann prevailed in what was one of the most exciting matches of the day against Taru Lahti and Niina Ahtiainen.

A total of 16 matches are scheduled for tomorrow as the men's and women's round of 16 ties are set to be played before the quarter-finals, due to be held on Friday (June 17).