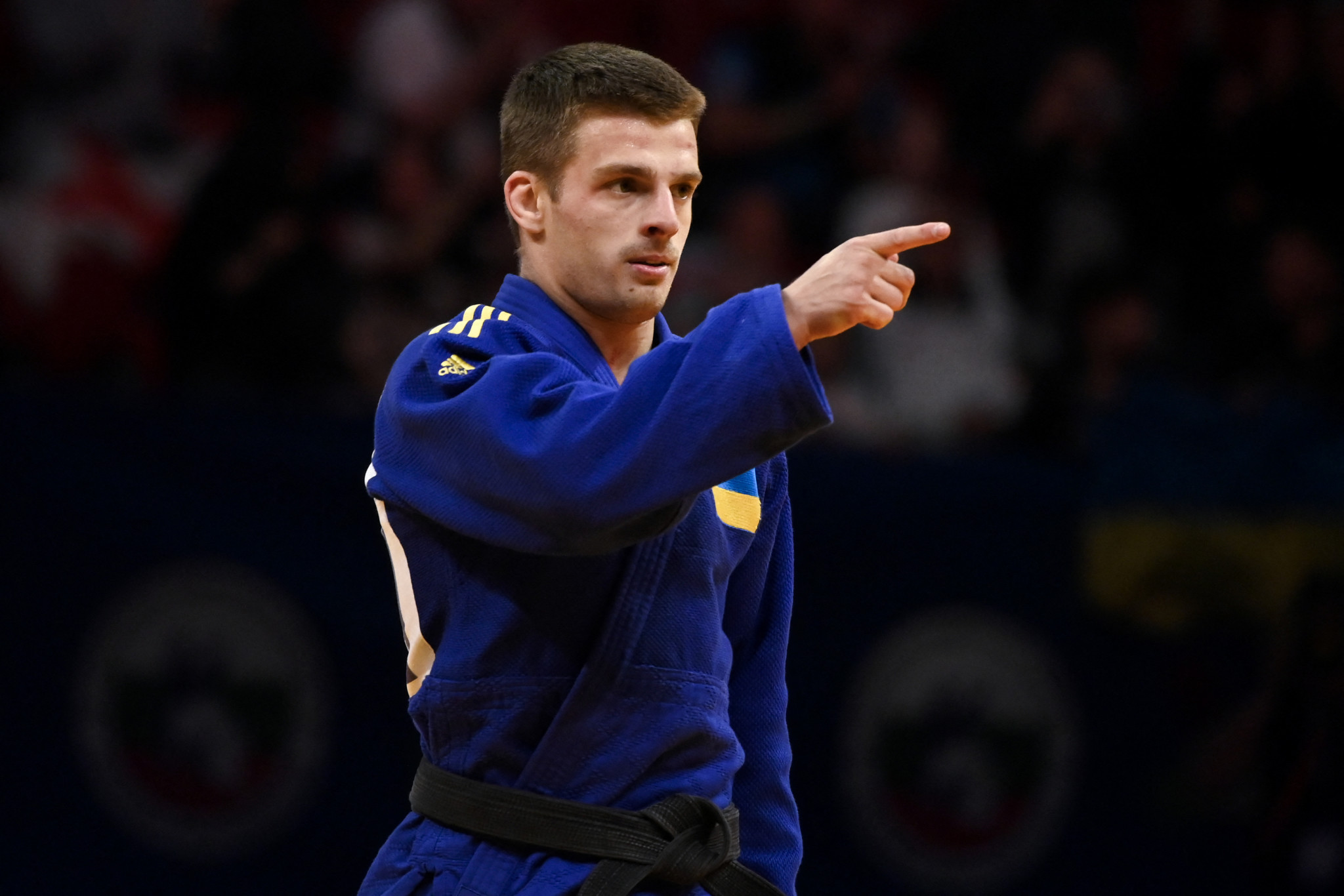 The Ukrainian Judo Federation has said it will refuse to participate in any International Judo Federation (IJF) event where Russian and Belarusian athletes are permitted to compete as neutrals, amid plans for such a move at the Grand Slam in Ulaanbaatar later this month.

Despite the International Olympic Committee (IOC) recommending that athletes and officials from both countries are banned from international competitions by event organisers, the IJF has stopped short of implementing this measure, instead banning the Russian and Belarusian flags.

However, their athletes are set to make a controversial return under a neutral flag at the Grand Slam in Mongolia's capital, scheduled for June 24 to 26.

Tokyo 2020 women's under-70 kilograms bronze medallist Madina Taimazova is among the Russian stars set to feature in Ulaanbaatar, with 28 judoka expected to compete under the IJF banner based on the current entry list.

In the two separate letters, Koshlyak thanked both Presidents and organisations for their support of Ukrainian athletes, and highlighted that three civilian judo coaches have been killed since Russia launched its full-scale invasion on February 24.

He outlined the impact of the war on judo in Ukraine, before declaring that the country would not take part in a competition in which Russian and Belarusian athletes also feature.

"At the beginning of the war there were 30,000 members of the Ukrainian Judo Federation, and now 80 per cent of these people don't have an opportunity to continue their training and sport activity because of the occupation and destruction of more than 500 sport objects in the country," Koshlyak's letter read.

"At the same time, Russian and Belarusian national judo teams continue to train for the money of the budgets of the aggressor countries during the whole period of the war.

"It doesn't give them an opportunity to have the status of neutral sportsmen.

"After the beginning of the war, International Olympic Committee applied the recommendation to all International Federations of Olympic kinds of sports to suspend representatives of Russia and Belarus of taking part in competitions in any way.

"There are no other official recommendations from the International Olympic Committee.

"Including all the information above we inform you in case of the participation of Russian and Belarusian sportsmen in competitions in neutral status under the aegis of International Judo Federation our Ukrainian national judo team have taken the decision to refuse to participate in all sport events of International Judo Federation, until the suspension of Russian and Belarusian teams from taking part in competitions."

Vizer has responded with an open letter of his own addressed to Koshlyak, in which he claimed "we cannot punish people who are not responsible for the deeds of others", and "war, politics and discrimination have no place" in judo.

"The values of our sport are those which have always prevailed over the decision of some Governments to create division and hate between nations.

"Sport is and will always be the unique bridge between nations.

"We are certainly against the war, but also against hate.

"Young people, and especially athletes, must be role models for their generations and for the generations to come.

"Athletes cannot be held responsible for the decisions of some leaders, especially in a context where they chose to compete, instead of going to war.

"Throughout history, humanity has faced wars and horrors, but it seems we have not learned our lessons.

"Unfortunately, as long as the military industry is prosperous, at world level we can only dream of peace.

"This is a tragedy for humanity."

Vizer added that he was "deeply disappointed by the fact that in this conflict we are only talking about the victory of one side or the other, instead of peace", and insisted that "we must be united in good times and in bad times".

Despite the recommendations on Russian and Belarusian athletes which the IOC says is a "protective measure, Bach has insisted that sports organisations "cannot sanction someone just because of the passport that they hold"

The war in Ukraine prompted changes at the EJU, with Russian President Sergey Soloveychik stepping down after 15 years at the helm on February 28.

Kneitinger took over as Interim President, but recommended László Tóth to stand for the role in tomorrow's election at the Extraordinary Congress in Vienna.

The IJF also removed former Honorary President Vladimir Putin, the President of Russia, and oligarch Arkady Rotenberg from all their positions in the sport.

According to the United Nations, at least 4,452 civilians have been killed since the launch of what Moscow describes as a "special military operation", and more than 7.5 million people have been forced to flee Ukraine.