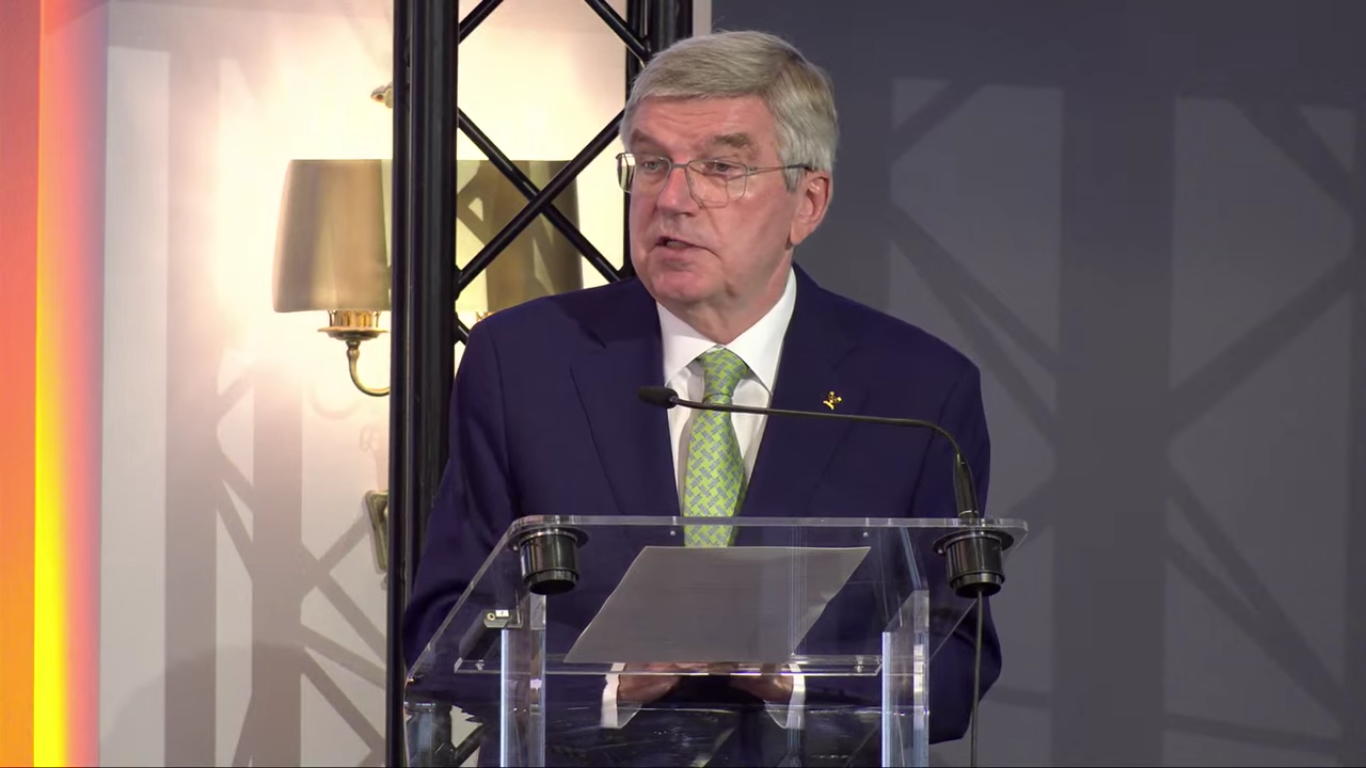 International Olympic Committee (IOC) President Thomas Bach has told the Association of Summer Olympic International Federations (ASOIF) that they must make their own responses to the war in Ukraine or risk "becoming a political tool".

Drawing on the example of tennis, Bach cautioned against Governments influencing decisions on the participation of athletes from Russia and Belarus.

"We need the respect of the Governments for our role," Bach said when addressing the ASOIF General Assembly in Lausanne.

"Look at our friends from tennis, in Paris, Russian players can play as neutral athletes, in London, at Wimbledon, the Government is saying no way, and if we allow this, if we give into this, then we are lost.

"How can you guarantee then, in your sport a fair international competition, if the Governments are deciding according to their own political interests, who can take part in a competition and who cannot take part?

"Then, If you open this gate, today, it is Russia and Belarus, tomorrow it is your country, there is no country in the world which is loved by every other Government.

"This is against all the principles we are standing for, if we leave this to the Governments then we are becoming a political tool and we cannot guarantee any more, a fair competition, our task is that we have to realise that we have to get back to the day when we can unite the entire world in a peaceful competition, this is not the day, but we can only hope that peace prevails."

Bach insisted that the IOC's ban on Russian and Belarusian teams had been imposed because Russia had violated the Olympic Truce which had been agreed by the United Nations before Beijing 2022.

"Therefore tough measures against those who are responsible for the blatant violation of the Olympic Truce, to make it clear, the Olympic Truce is directed to Governments only," Bach reasserted.

"Everybody who is supporting the war, can and should be sanctioned, but everybody who does not support the war, his rights must be respected, under our own rules and the rules of international law, there is no sanction and there should be no sanction for holding a passport."

Bach claimed that the exclusion of athletes from Russia and Belarus had been taken as a protective measure.

"In a number of countries you had and have such high feelings against Russian and Belarusian people that you could not guarantee their safety at international competitions anymore they are very exposed to aggressive acts," he told delegates.

The IOC has recommended that International Federations bar Russian and Belarusian athletes from their events outright, although tennis governing bodies the International Tennis Federation, Women's Tennis Association (WTA) and Association of Tennis Professionals (ATP) have allowed players from Russia and Belarus to continue playing as neutrals.

It is this stance which has led to Russian and Belarusian players being able to compete on the WTA and ATP Tours and at the French Open, but being banned from Wimbledon by the All England Lawn Tennis Club.

Bach predicted that the political world will be "more divisive" after the war.

"This will be a world where the political world will look to make the difference and to be divisive rather than naturally agree on some common causes," Bach warned.

"Our task is to keep sport beyond this political trend, with all these divisions and confrontations, it is always important for the entire world to have at least one bridge and to have at least something on which everyone can agree and there the most natural issue is sport because it appreciated by everybody, it can be practised without political interest without any kind of discrimination."

The United Nations reports that at least 4,253 civilians have been killed in Ukraine since the start of a full-scale Russian invasion on February 24, but it fears the true figure is far higher.

More than 6.8 million people have been forced to flee the country.