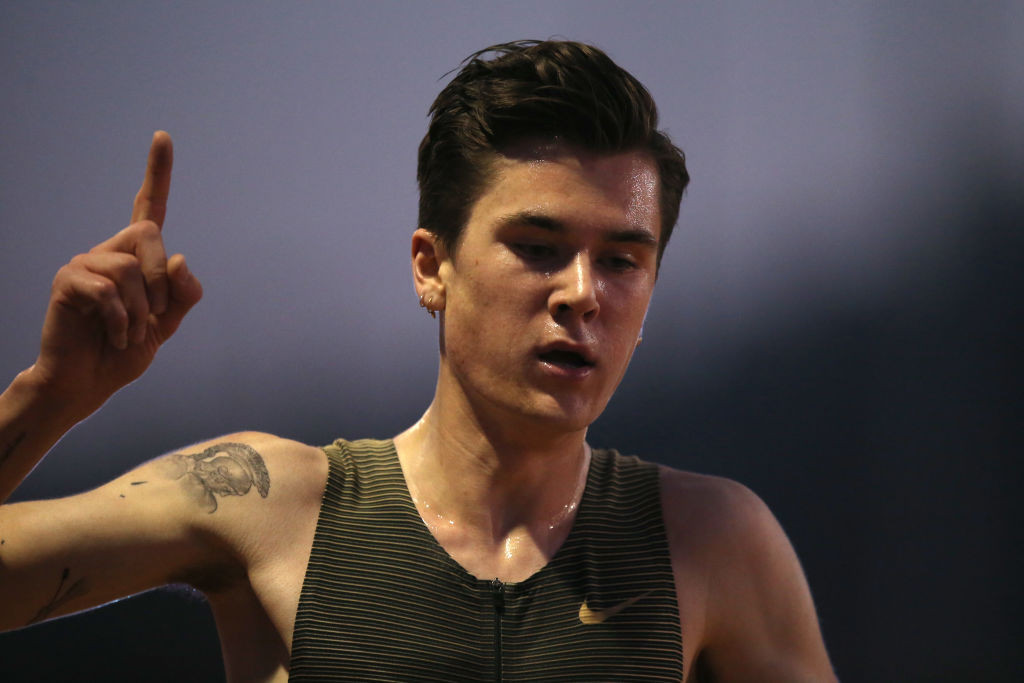 Strange to relate, Norway’s Olympic 1500 metres champion Jakob Ingebrigtsen has yet to win the senior Dream Mile at his native Bislett Games in Oslo - but that is very likely to change tomorrow night.

While the meeting will lack one of Norway’s favoured sons, Olympic 400m hurdles champion Karsten Warholm, who injured himself on his season’s debut in Rabat earlier this month, there will be a strong home focus on Ingebrigtsen, who is one of six Olympic champions who will be taking part in the latest Wanda Diamond League meeting at the Bislett Stadium.

In 2017 Bislett organisers set up an under-20 edition of the Dream Mile, largely to accommodate their emerging superstar, and Ingebrigtsen duly obliged with a win.

Five years on he is the finished item, a multiple champion lacking only an outdoor world gold to complete his collection – and he plans to rectify that at the World Athletics Championships that start in a month’s time in Oregon.

Ingebrigtsen, still only 21, ran 3min 49.76sec to win over the mile in Eugene last month, the fastest time recorded so far this year.

His opponents will include Britain's Jake Wightman, second fastest in the world over 1500m this season with 3:32.62, Mohamed Katir of Spain and Australia’s Oliver Hoare.

Duplantis, who raised his own world record to 6.20 metres when winning the world indoor title in Belgrade in March, has maintained his winning streak since the start of the Diamond League season, when he won indoors in Doha with 6.02m, and recently set the season’s outdoor best of 6.01m.

Like Ingebrigtsen, this 22-year-old Swede is also seeking his first world outdoor gold this year.

Allman has the best eight women’s discus throws of the year, the best of them her North American record of 71.46m, but Croatia’s London 2012 and Rio 2016 gold medallist Sandra Perkovic is always a dangerous opponent.

The Canadian steps back down to the shorter sprint this year and takes on a field including Britain’s Reece Prescod - winner in Ostrava on May 31 in a personal best of 9.93sec.

At the Rabat Diamond League meeting earlier this monthj Tentoglou made good on his vow to "defend the long jump pride" by beating decathlete Simon Ehammer of Switzerland, who had cleared 8.45m at the Gotzis multi-event competition to go top of this season’s world list.

While Tentoglou, who added another gold to his collection in March at the World Athletics Indoor Championships in Belgrade, carried the day with his fourth-round effort of 8.27m the Swiss, second on 8.13m, still rides high.

Since then it has been reported that Ehammer may try to double up at the World Championships.

The two men are due to meet again tomorrow.

Nowicki, meanwhile, has dominated the hammer throw event so far this year, winning four of his five competitions and posting 2022 world-leading marks in Nairobi - 81.43m - and Silesia - 81.58m.

He will be clear favourite to win an event that is not a scoring Diamond League event.

Fresh from his stunning 12.84 clocking at the New York Grand Prix, the third fastest time ever which left fellow American and world champion Grant Holloway in his wake, Devon Allen will line up in the 110m hurdles, his first race outside North America this year.

Allen, 27, who missed an Olympic medal by one place last year, will end his track career later this year to take up a professional career with National Football League’s Philadelphia Eagles, but such has been his surge in form that he may be having second thoughts.

Warholm’s absence will intensify the focus on the Tokyo 2020 bronze medallist, 22-year-old Brazilian Alison dos Santos, who beat the Olympic silver medallist Rai Benjamin in the opening Diamond League meeting in Doha and currently tops the 2022 world lists with 47.23.

Multiple world record-holder Letesenbet Gidey will be out to achieve her first victory of the year following runner-up finishes in Eugene and Hengelo.

The Ethiopian, who holds world records for 5,000m, 10,000m and the half marathon, takes on a handful of her leading compatriots in the 5000m, including world indoor 1500m champion Gudaf Tsegay, 2015 world champion Almaz Ayana and 2016 world indoor silver medallist Dawit Seyaum.

Britain’s Eilish McColgan, who beat Gidey over 10,000m in Hengelo earlier this month, is also due to be in the line-up.