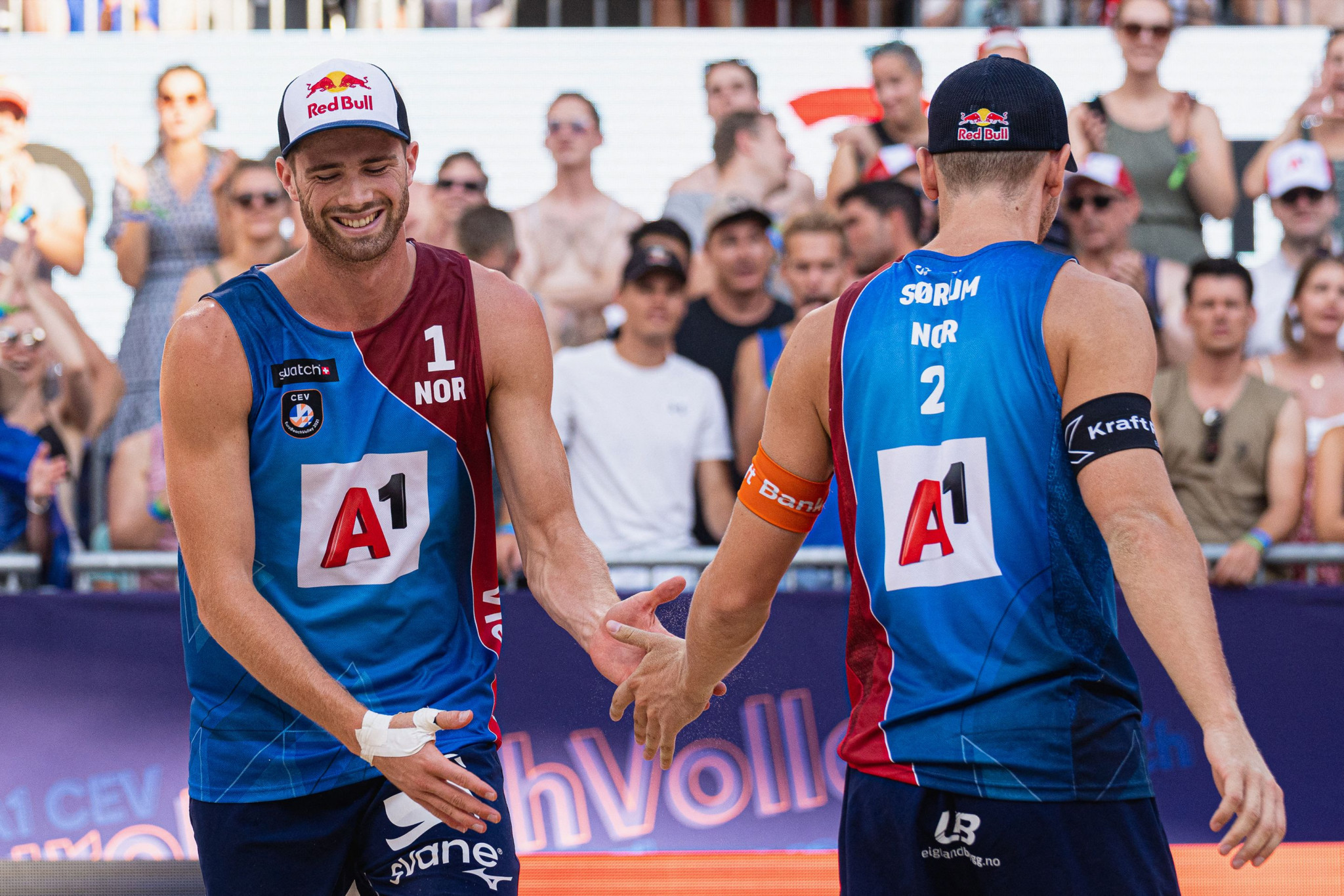 Anders Mol and Christian Sørum of Norway, the men's gold medallists from the Tokyo 2020 Olympic Games, started off their campaign well today in Rome with an opening victory at the Beach Volleyball World Championships.

The pair claimed bronze at the 2019 World Championships.