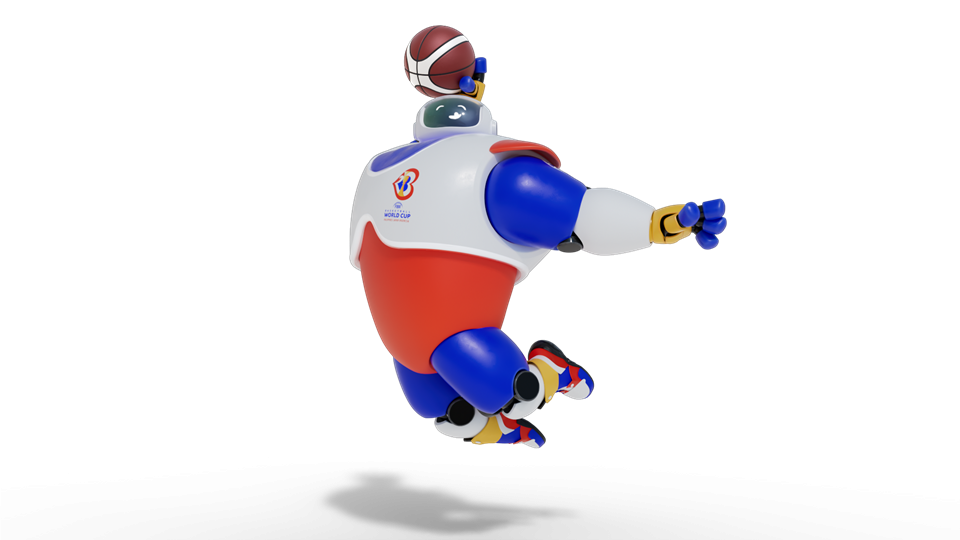 A robot has been revealed as the mascot of the 2023 Basketball World Cup, which is due to be hosted by the Philippines, Japan and Indonesia.

One young designer from each of the host nations met online to create the robot mascot for the International Basketball Federation's (FIBA) marquee event.

The mascot is said to be based on characteristics representative of the three countries.

Caloy of the Philippines, Kota of Japan and Dewi from Indonesia - the youngsters chosen to create the mascot - left it unnamed to allow others to also be part of the process.

A naming competition has been organised on the FIBA website and participants will also have the chance to enter a draw to win a Molten basketball.

The deadline of the naming contest is June 30.

The mascot's colours of red, white, blue and a hint of yellow are symbolic of the national flags of the host nations.

The built-in back hoop is said to encourage fans to be environmentally friendly and educate younger generations about recycling.

The robot also has a light-emitting diode (LED) head, which is a design feature said to ensure it can communicate in several languages.

The mascot is due to tour the Philippines, Japan and Indonesia next month after it has been given a name.

The competition is scheduled to begin on August 25 and the final has been pencilled in for September 10 at the Philippine Arena.