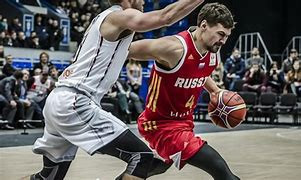 Russia and Belarus have been banned from next year's Basketball World Cup in the Philippines, it was announced today.

The decision by the International Basketball Federation (FIBA) Executive Committee follows the announcement in March, shortly after the invasion of Ukraine, that Russia were expelled from the Women’s Basketball World Cup in Sydney later this year.

FIBA confirmed that they will be replaced in the tournament by Puerto Rico.

Russia has been withdrawn from Group H and Belarus pulled out of Group B of the FIBA Basketball World Cup 2023 European Qualifiers, with no replacement teams appointed.

Russia were top of their group having won all three matches and would have been among the favourites to make the World Cup for the second consecutive tournament.

Belarus were third in their group and would have been unlikely to have qualified.

Russia has also been banned from this year's FIBA U17 Women's Basketball World Cup, due to be played in Hungary from July 9 to 17.

They will be replaced by Serbia, second in Group B of last year's FIBA U16 Women's European Challenger and the only second team of any group that did not qualify as qualification in that group was given to the host Hungary, who finished third.

It is part of a set of sanctions which means that teams from Russia and Belarus will be banned from all FIBA national competitions.

This also includes this year's FIBA 3x3 World Cup, where Russia's men will be replaced by Slovenia and the women by Israel.

Belarus have been kicked out of the 2022 FIBA 3x3 U18 World Cup, with Lithuania taking their place in the men's event and Belgium in the women.

It was also confirmed that FIBA will not hold any more tournaments in Russia or Belarus "until further notice".

The Russian Basketball Federation (RBF) claimed that the decision had been taken to protect their players.

"FIBA's decision is primarily due to the impossibility of ensuring the safety of Russian teams during international competitions," they said in a statement.

"At the same time, there is no complete disqualification, as it happened with the Russian national teams in many other sports.

"The leadership of the RBF expected, understands and is making this decision in connection with the current situation in the world and is in constant contact with FIBA representatives."