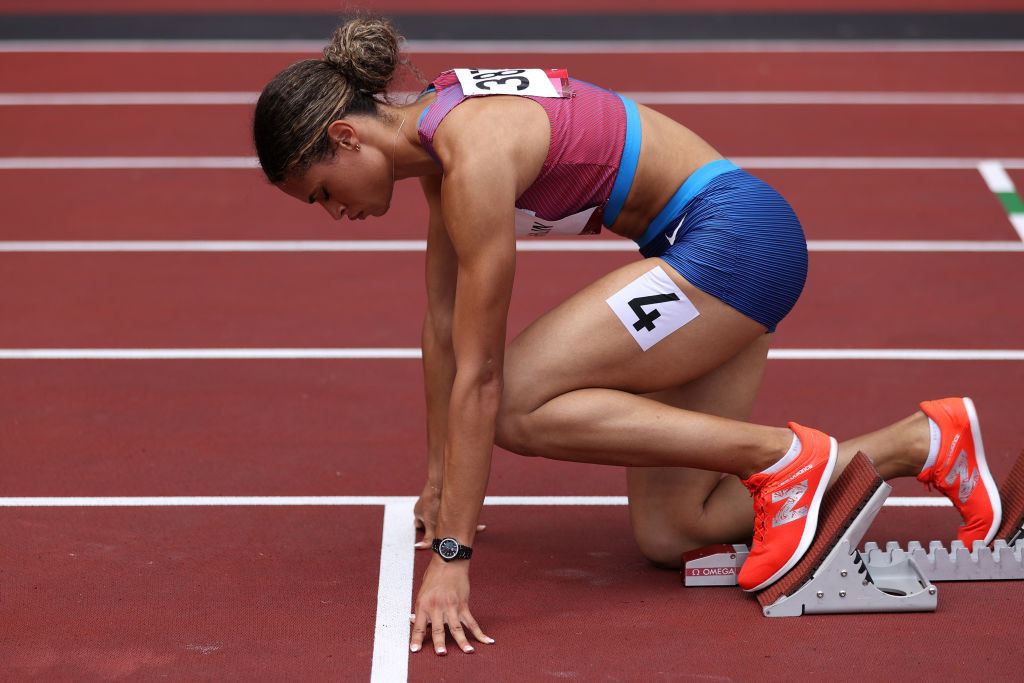 Olympic 400m hurdles champion Sydney McLaughlin, who opened her season in Nashville last week with a time of 51.61sec - the third fastest in history - will be one of the main draws of tomorrow’s USA Track and Field (USATF) New York Grand Prix.

She will be joined in the limelight by home athletes Christian Coleman, Noah Lyles and Grant Holloway, respective world champions at 100 and 200m, and 110m hurdles.

Only McLaughlin herself, who ran 51.46 in winning Tokyo 2020 gold, and silver medallist and United States compatriot Dalilah Muhammad, who clocked 51.58, have bettered the mark set at the Music City Track Carnival on June 4.

Reports that one of the hurdles might not have been correctly placed put McLaughlin’s time in jeopardy, although such a circumstance was likely to have proved more of a hazard than an advantage, but it has taken its place at the top of the World Athletics season’s list - and by a long way.

Four days after McLaughlin’s run, the Dutch bronze medallist in Tokyo, fellow 22-year-old Femke Bol ran her second 400m hurdles of the season in Hengelo and reduced her season’s best to 53.02.

McLaughlin is down to run the 400m flat and the 100m hurdles at the Icahn Stadium on Randall’s Island.

The native of nearby New Jersey has a 400m personal best of 50.07 from 2018 and she will face three of the team-mates with whom she won Tokyo 2020 4x400m gold for the United States in Lynna Irby, Kendall Ellis and Kaylin Whitney.

The 100m hurdles field includes Alaysha Johnson, who last month clocked the fifth-fastest time in the world this year of 12.50 in Puerto Rico, Tia Jones, who was third at the USATF Golden Games in April in 12.59, and Gabbi Cunningham, an Olympic finalist last summer, who was sixth at the Prefontaine Classic in 12.75.

Usain Bolt first broke the men’s world 100m record on this track in 2008 and it was on this site that Jesse Owens competed in the trials for the 1936 Berlin Olympics where he won four golds.

Venerable as the venue may be, however, it is a new addition to the World Athletics Continental Tour Gold meeting programme.

Also doubling up will be home sprinter Gabby Thomas, the Tokyo 200m bronze medallist, who will race at 100 and 200m, with her opponents over the shorter distance including Sha’Carri Richardson, who has run 10.92sec this season and clocked 10.73 in Florida last weekend with a 4.3 metres per second tailwind.

Also in the 100m field is the leading US sprinter in terms of wind-legal 100m times this season, Cambrea Sturgis, who has clocked 10.87.

Coleman, who ran a season’s best of 10.04sec at the Prefontaine Classic, will be seeking to break ten seconds for the first time this season, while Lyles hopes to keep up his healthy momentum over 200m having run 19.86 in early May and 19.72 to win the opening Wanda Diamond League meeting of the season in Doha, albeit with a marginally illegal following wind of 2.1 metres per second.

Holloway, who scratched from last month’s Gold meeting in Bermuda because of gusting winds, will seek to lay down a significant marker for the season against a field that will include Devon Allen, who missed a medal by one place in Tokyo and who will begin a professional American Football career with National Football Leaguers Philadelphia Eagles after this season.

Raven Saunders, the Tokyo 2020 silver medallist in the women’s shot put, will take on Chase Ealey, who made a big impression in Hengelo last Monday with the second-farthest throw in the world this year of 19.98m.