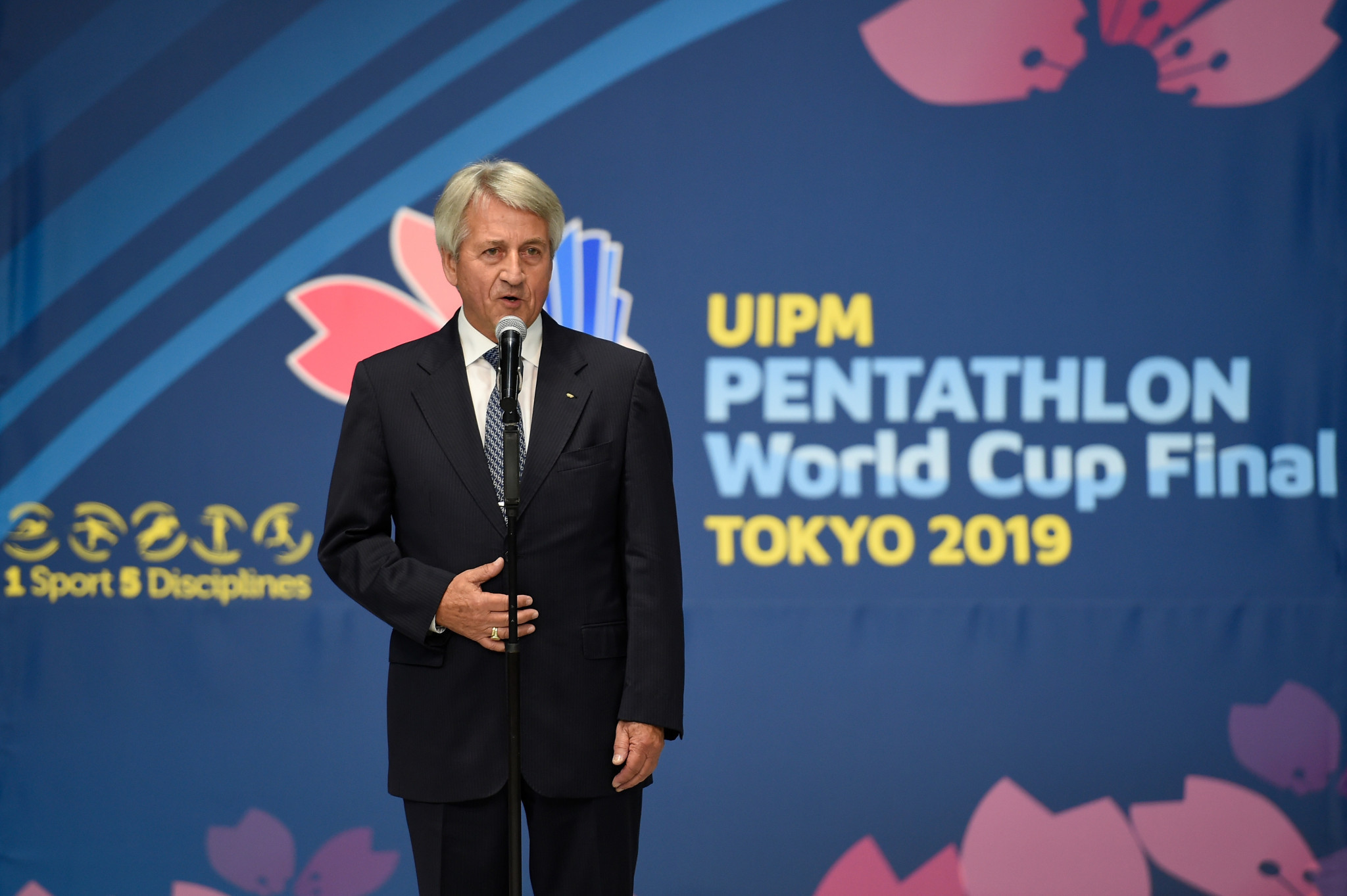 Modern pentathlon's place on the Olympic programme is at risk, with the sport left off the initial programme for Los Angeles 2028.

The UIPM has incurred the wrath of many athletes, led by the Pentathlon United pressure group, over its plans to drop riding from Paris 2024.

Last month, two variations of the obstacle discipline were selected by the UIPM due to be tested at an event to be held on June 27 and 28 after the World Cup Final in Ankara.

Schormann and Fang delivered a presentation to Bach and IOC sports director Kit McConnell on the UIPM's plans before answering questions relating to the obstacle discipline.

German Schormann, who has led the UIPM since 1993 and chaired the Working Group established to oversee the process of selecting a new fifth discipline, welcomed the opportunity to speak to the IOC.

"We were delighted to meet with the IOC President and sport director in Olympic House and provide them with a comprehensive update on the new fifth discipline as we enter the testing phase," he said.

"The meeting went well and we are very excited about the possibilities for the future of modern pentathlon in the Olympic Games.

"We look forward now to our meeting with athletes in Ankara on Friday."

Riding was dropped from modern pentathlon in November following the scandal at Tokyo 2020 which led to German coach Kim Raisner being sent home in disgrace for punching the horse Saint Boy.

Bach revealed after the final day of the 139th IOC Session in Lausanne last month that "there is contact with the International Federation" and that the IOC is "waiting for their decisions and their plans".

An athletes' meeting has been arranged for tomorrow at the ongoing Pentathlon World Cup in Ankara.

This follows stinging criticism from Pentathlon United over the process which led to the equestrian element of the sport facing the axe.

It has alleged a lack of transparency in the process, expressed a lack of confidence in the governing body's leadership and asked for the IOC to investigate governance at the UIPM.

Pentathlon United has also pointed to its survey of athletes in which more than 93 per cent of respondents admitted they are "unhappy with the direction the sport is going in".

British men's Olympic champion Joe Choong is among its most prominent representatives.

However, Britain's governing body for the sport, Pentathlon GB, has publicly declared its support for the move to drop riding, although insisted that the UIPM should provide answers to concerns over its governance.

"We fully recognise the importance of the rights of our members to have their voices heard and to raise concerns about UIPM governance processes which we expect UIPM to respond to," it said in a statement.

"We also recognise the strength of feeling regarding the retention of the riding discipline upholding our history and tradition and acknowledge that for many this is a very difficult time for our sport.

"We respect those views.

"However, the focus on Pentathlon GB must be on the long-term protection of the sport - if we lose our Olympic status we will be failing in that duty to safeguard the future of modern pentathlon.

"Therefore, Pentathlon GB will offer its full support to UIPM in their efforts to confirm our status and fulfil our obligation to protect the long-term future of our sport."