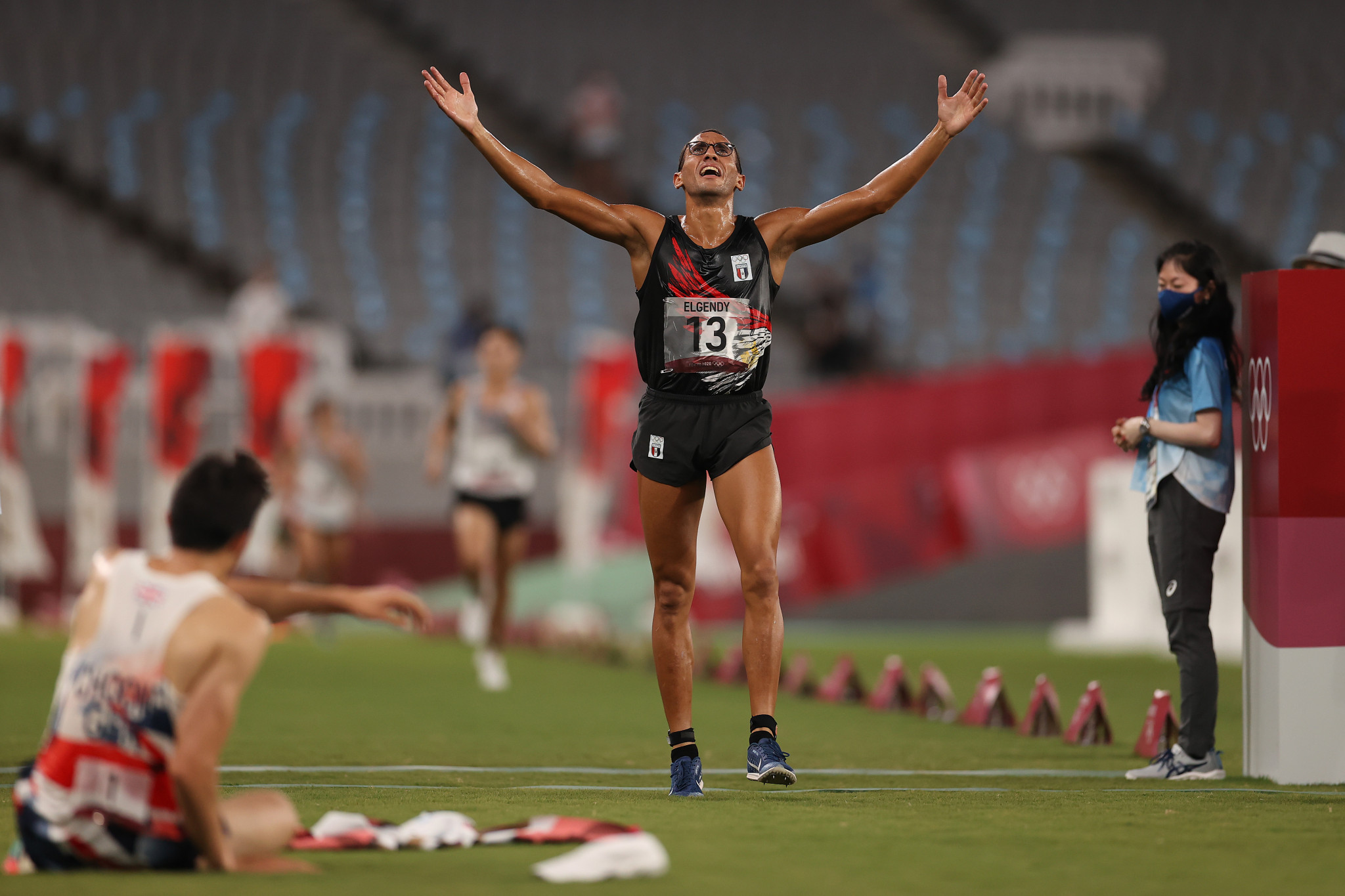 Tokyo 2020 Olympic silver medallist Ahmed ElGendy has clarified his position on the removal of riding from modern pentathlon, and said he believes it "is the only way for the sport to continue to be part of the Olympic Games."

Egyptian athlete ElGendy has insisted that a comment on an Instagram post that he was "not happy with the removal of riding" was "part of my comment defending my brother and wasn't a statement by any means".

"It’s hard to admit the facts but the sport has been challenged with too many changes before, and it is time for one more change," he wrote on Facebook.

"The riding is depending mainly on how lucky you are with the draw and we saw many pentathletes losing Olympic medals because of a bad horse although they are good riders.

"For me, horse back riding is one of the disciplines I enjoy the most, yet its elimination, which was the last option for me, is the only way for the sport to continue to be part of the Olympic Games.

"Therefore, I agree with the removal, and the change being made to the sport."

ElGendy became Egypt's first Olympic medallist in the sport when he finished second in the men's competition in the Japanese capital last year.

Since then, the International Modern Pentathlon Union (UIPM) has sought to replace riding with an alternative fifth discipline from after Paris 2024, with two variations of the obstacle discipline selected for testing earlier this month.

This followed the scandal involving German coach Kim Raisner, who was sent home in disgrace after footage showed her repeatedly punching the horse Saint-Boy.

Germany’s Annika Schleu had been leading the women's competition before the riding stage, when Saint-Boy was one of several horses who refused to jump.

However, the process has faced fierce criticism, with the Pentathlon United pressure group hitting out at the decision to remove riding and alleging a lack of transparency.

Its survey showed that more than 93 per cent of respondents are "unhappy with the direction the sport is going in".

Pentathlon United has expressed a lack of confidence in the UIPM leadership, and asked the International Olympic Committee (IOC) to investigate its governance, with "heavy-handed and unconstitutional manner in which the UIPM acted to remove the equestrian discipline" among the issues raised.

ElGendy's initial comment on the decision to axe riding was on an Instagram post which showed his brother Mohamed ElGendy struggling while riding a horse, used as an example of concerns over athlete and horse welfare related to the decision to only include riding in the finals as part of the revamped format for UIPM World Cups.

However, he has now clarified his stance and released an official statement backing the decision to remove riding, with modern pentathlon's place at the Olympic Games from Los Angeles 2028 still uncertain.

In November, the Egyptian Modern Pentathlon Federation (EMPF) was cited by the UIPM as one of the "more than 50" National Federations which it claimed had sent letters of support for the decision to seek a new fifth discipline.

The EMPF argued that the riding element was "not affordable or accessible to most", and that the change would help more countries in Africa to compete in modern pentathlon.

EMPF President Sharif Elerian was elected as UIPM vice-president at last year's Congress, and the UIPM said earlier this year that it has "a good relationship with the Egyptian Government and Egyptian Modern Pentathlon Federation".

Cairo held the first leg of this season's UIPM World Cup in March.

Modern pentathlon has been left off the initial Olympic programme for Los Angeles 2028, although IOC President Thomas Bach last week said "there is contact with the International Federation" and that it is "waiting for their decisions and their plans".

Klaus Schormann has led the UIPM since 1993, but has increasingly come under fire since plans to replace riding were announced in November last year.

The German official chaired the Fifth Discipline Working Group which was tasked with overseeing the process to find a replacement.

A total of 61 proposals were reportedly evaluated by the Working Group against 13 criteria published by the UIPM.

However, representatives of Pentathlon United including men's Olympic champion Joe Choong of Britain have called on the UIPM to provide further details and "publish the results and analysed scores from the more than 60 sports submitted", as well as the "methodology used to calculate the scores" and "evidence of athlete support for each sport considered."