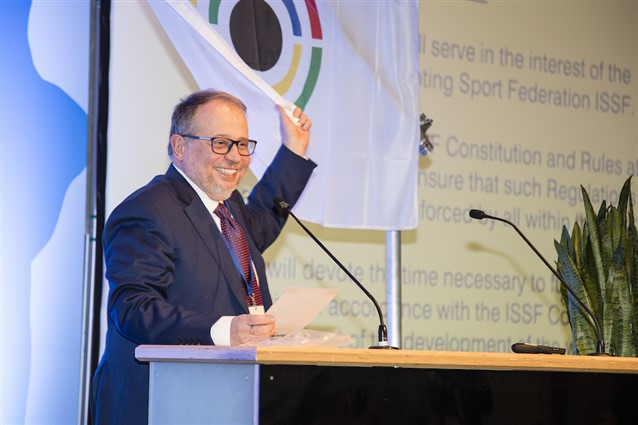 Countries who have received support from a special fund set up by International Shooting Sport Federation (ISSF) President Vladimir Lisin are blocking attempts to remove him from his post following Russia’s invasion of Ukraine, it has been claimed.

Lisin is Russia’s richest man and set up the development fund with $10 million (£8 million/€9.3 million) of his own money following his election as ISSF President in November 2018.

His position as head of the ISSF has come under increasing scrutiny, with Lisin having regularly been photographed with Russian President Vladimir Putin.

He has refused to step down, which is frustrating ISSF Executive Committee member Jörg Brokamp, the secretary general of the German Shooting and Archery Federation, who fears it is damaging the reputation of the world governing body.

The secretary general of the ISSF is another Russian, Alexander Ratner, who is also President of the European Shooting Confederation.

The Australian Government has called for Lisin to stand down, after the country became the first to sanction the multi-billionaire steel entrepreneur.

Germany is among several countries, along with Canada, the Czech Republic, Denmark, Estonia, Finland, Italy, Britain, Norway, Slovenia, Sweden and the United States, to have sent letters to the ISSF calling on Lisin and Ratner to stand down.

All their calls have so far fallen on deaf ears.

"At the moment there is a feeling of powerlessness," Brokamp, who is also the ISSF Technical Committee chairman, told German radio station Deutschlandfunk.

"I say it's a good governance problem.

"Good governance is sold to the outside world and you're transparent and want to involve everyone.

"But at the end of the day it's about pushing your own position through and doing so with the utmost consistency."

Brokamp is concerned that Lisin who, according to Forbes is worth $18.4 billion (£14.7 billion/€17.2 billion), is using his personal wealth to dictate the situation at the ISSF.

Lisin is expected to face little opposition at the next ISSF Congress, which is due to take place later this year and where Lisin is due to stand for re-election.

"There are also a lot of small nations that go there to vote," he told Deutschlandfunk.

"This also takes place in a nice setting, in Sharm El-Sheikh, where the international association then also bears the costs so that each Federation can also send delegates.

"And then who says no to that?

"And if you are then invited so nicely, who will bite the hand that might have fed you there?"

Lisin is one of two active Russian Presidents of Olympic sports' International Federations, the other being the International Boxing Association's Umar Kremlev.