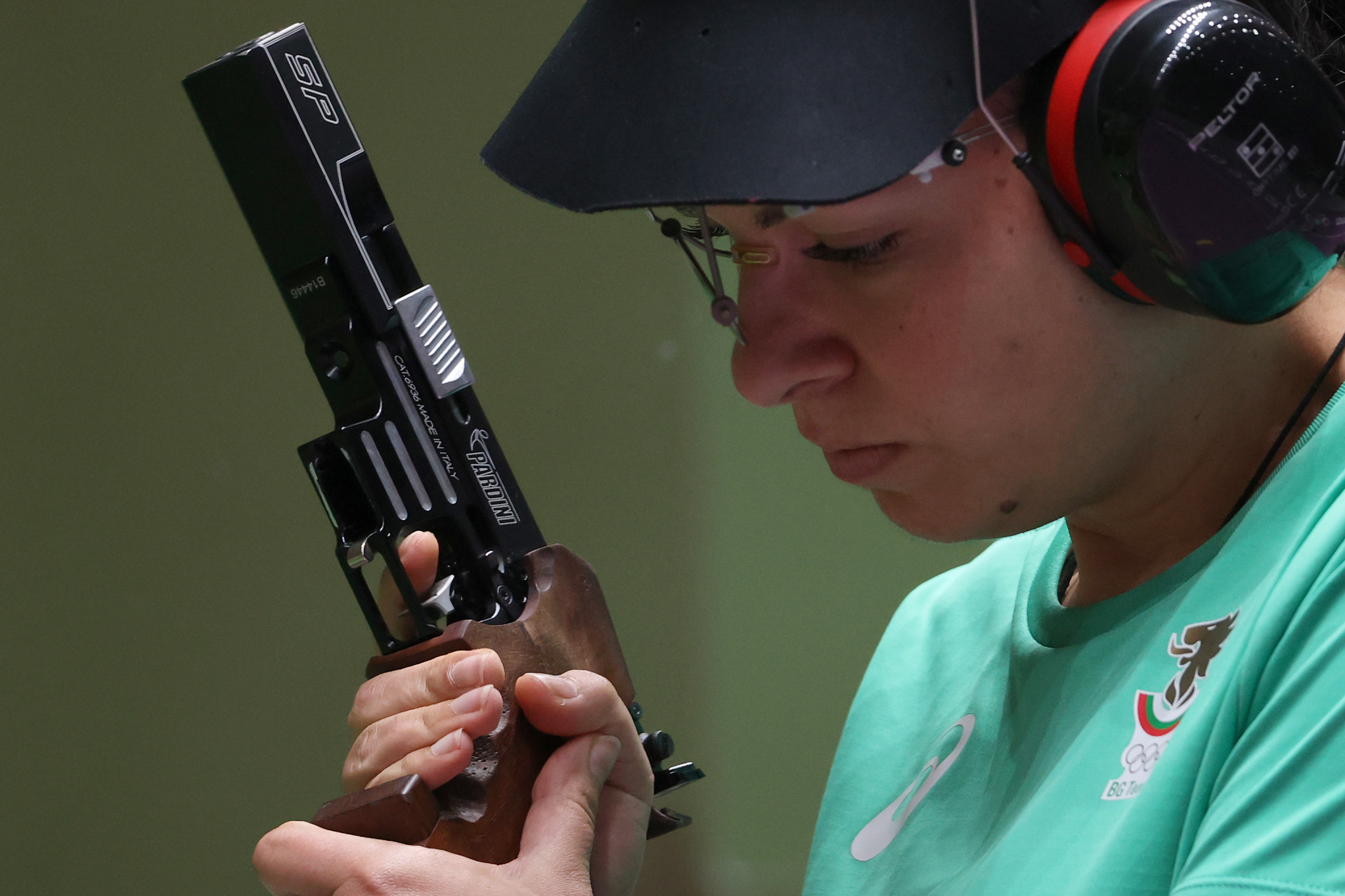 Bulgaria's Tokyo 2020 silver medallist scored 32 out of a possible 40 points to get the better of European champion Veronika Major who hit the target 27 times.

World number one Kostadinova went to a head-to-head battle with Major as she avoided the elimination place after round six which subjected Ukrainian Anastasiia Nimets to third place on 18 points.

Two rounds earlier, her compatriot and Athens 2004 gold medallist Olena Kostevych, was the first to fall after picking up just 10 points from four sets.

The duel was neck-and-neck from the outset but a late flurry from Kulish, in which he outscored his opponent on four of the last five targets, meant he surged to the top of the podium in the Azeri capital.

Kulish was in fine form for the whole tournament as he topped the standings in the previous round with 411.0 points while Kusale's 409.1 saw him sneak into the decider.

Aleksi Leppa of Finland had to settle for the bronze medal after recording 407.8 points, ahead of Pole Tomasz Bartnik's 407.0.

The World Cup continues tomorrow with the finals of the women's individual, men's team, and women's team 50m three positions rifle are all due to take place.

South Korea remain at the top of the medals table with three golds and one bronze while Serbia's two golds, one silver, and one bronze puts them in second place.