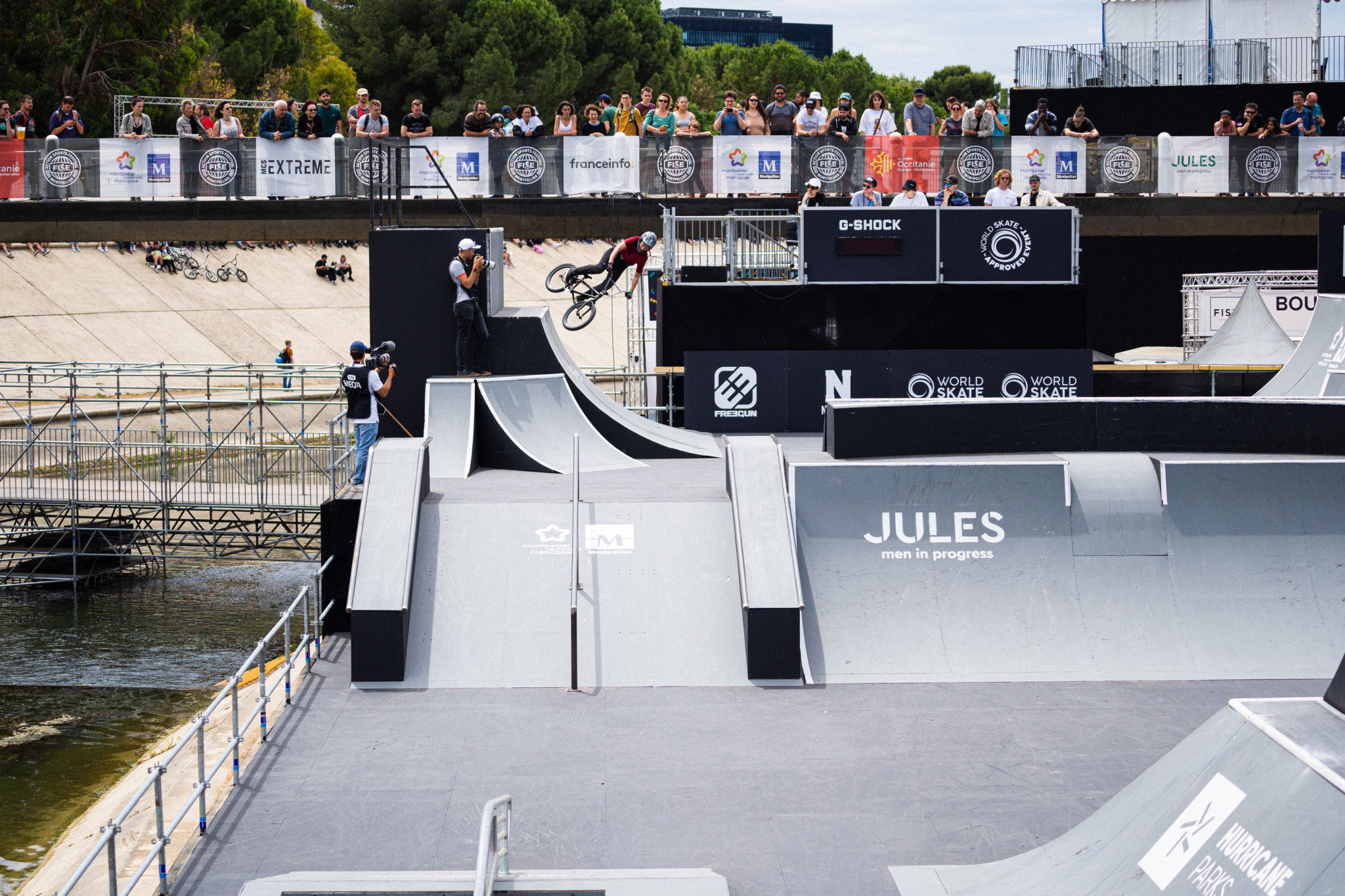 Villegas Serna, who also triumphed at the 2020 E-FISE, burst out of the gate and put in a sensational performance which brought the crowd to their feet as she put up a score of 90.20 points.

Towards the end of her decisive run, she pulled off a 360 tailwhip, backflip and double barspin to secure an impressive victory on what is the first stage of this year's International Cycling Union (UCI) BMX Freestyle World Cup.

The German pipped Olympic bronze medallist Nikita Ducarroz to second place, after the Swiss posted a score of 87.20.

Tokyo 2020 silver medallist Hannah Roberts of the United States came fourth with 86.10 points while it was a day to forget for the Olympic champion Charlotte Worthington of Britain who placed seventh on 71.30 points.

"Today we definitely could have done a little bit better but I think all I can do is learn," Worthington told insidethegames following her second and final run.

"This is my first big contest back since becoming the Olympic champion and there is a long road of contests ahead of us so all I can do is regroup, learn, take the lessons from today and come back stronger."

After finishing 10th out of 29 in qualifying to progress to the final, the Czech Republic's Iveta Miculyčová suffered a heavy crash on the first trick attempt of her first run which ruled her out of competition.

The 16-year-old tried to pull off a 'nothing' by taking her hands and feet off the bike in mid-air before sitting down again before the landing.

However, she could not regain control in time and came crashing down and looked to be in serious pain, smashing her fists against the floor.

Thankfully, after some medical attention, she was back on her feet and was clapped off the park.