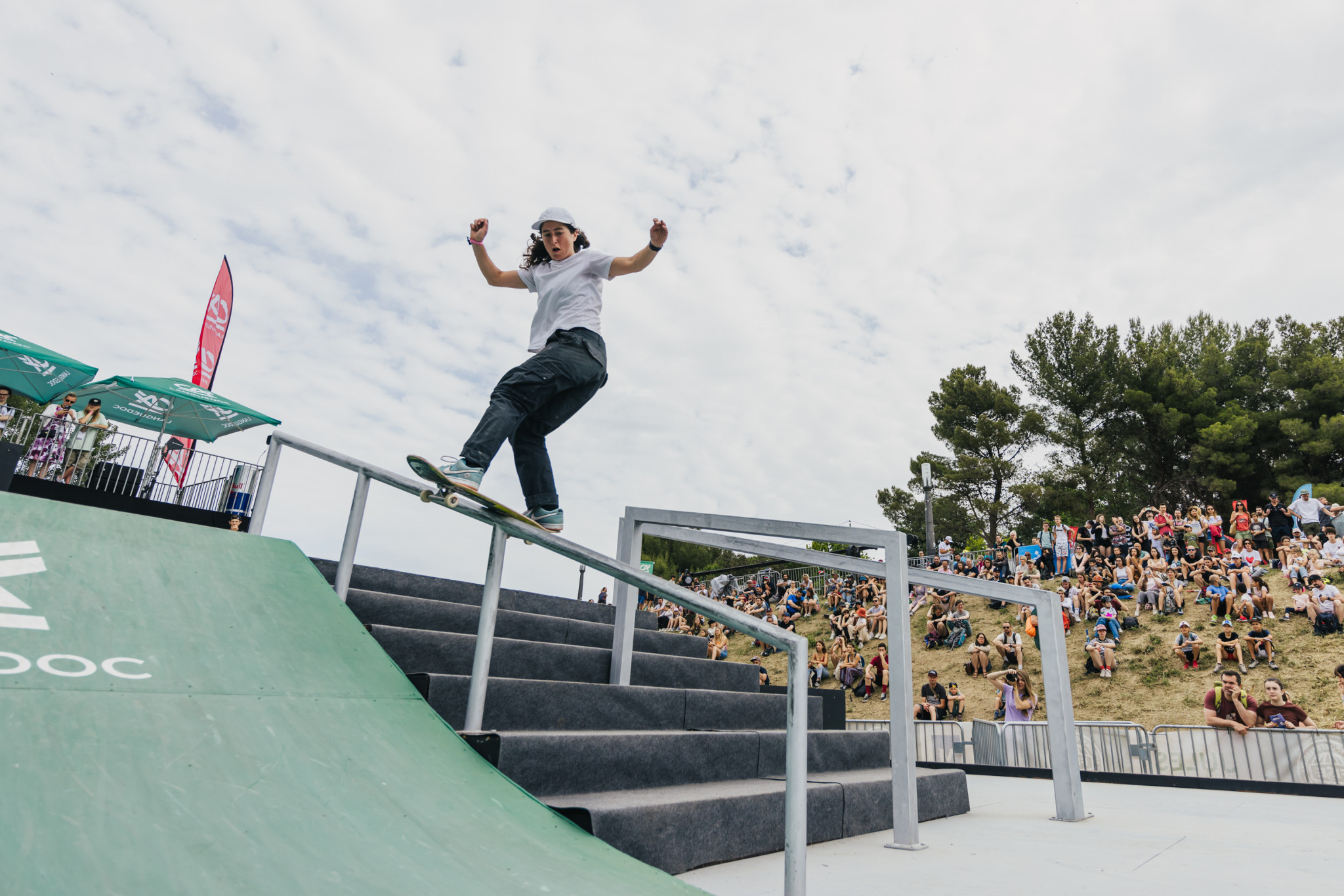 After finishing 17th at the Tokyo 2020 semi-final and being the only athlete in the discipline to compete last year in Japan, Hym went into the event as a strong favourite and duly delivered.

The 29-year-old, who is also a neuroscientist, scored a leading 5.35 points in the deciding run to follow on from her 14.20-point haul in the previous round.

Her display started simply but confidently at the FISE Street Park on the bank of the River Lez with a boardslide followed by a kickflip.

Coming down the ramp towards the other end of the park she then upped the ante and incorporated laser flips, nose manuals and more grinds into the routine to get the crowd going.

She was the final skater of the session and as a result took victory out of the hands of Spain's Daniela Teroz Mendez who scored 4.27 points for second place while Hym's compatriot Jéromine Louvet bagged the bronze medal with 3.97 points on the board.

"The final went well, I did the tricks I had planned.

"We all had a good time, that's the most important thing."

The final drew a smaller crowd compared to yesterday's qualifying due to being scheduled in the morning and early afternoon but the French international still felt the support in the balmy midday sun.

"There is a great atmosphere, I was told there would be people," Hym said.

"It was the case.

"The people are nice, welcoming.

With victory under her belt, the Parisian now turns her focus to the 2024 Olympic Games as the qualifying path begins in June.

"Here we go again for the competitions," said Hym.

"Paris is the city where I was born, where I live.

"It would be great to be able to skate at the Olympic Games in the middle of the Place de la Concorde."