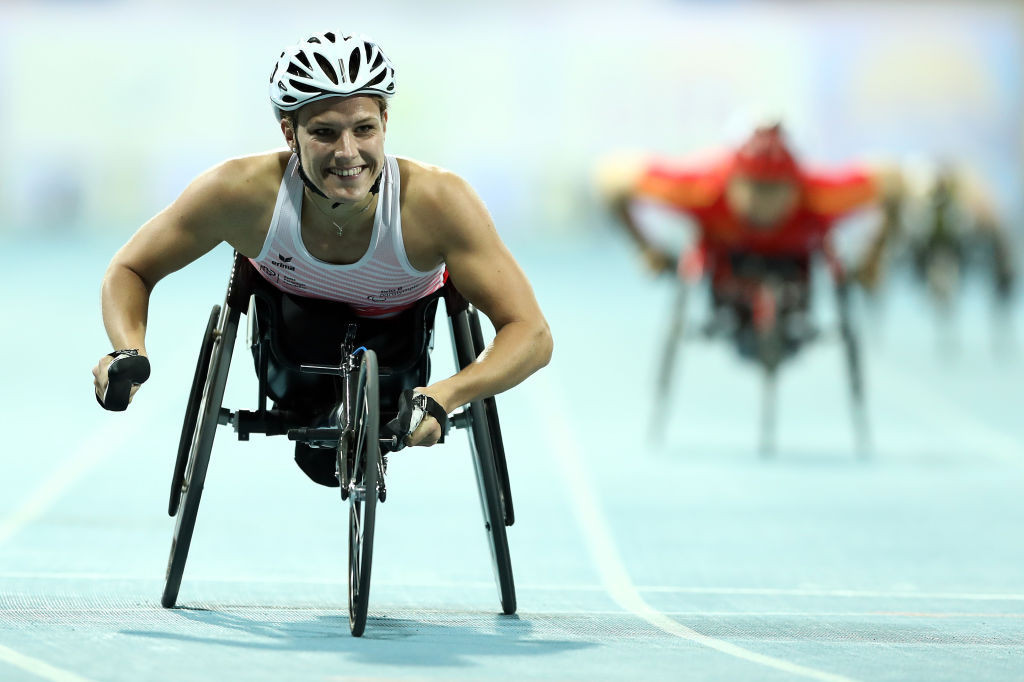 Debrunner, who won gold and bronze at the Tokyo 2020 Paralympics, continues to strengthen her position as the rising new star of Swiss wheelchair racing.

It looked briefly as if another Paralympic champion, Sherman Isidro Guity Guity of Costa Rica had equalled the men’s T64 100m world record when he matched the time of 10.61sec set by Richard Browne in Doha seven years ago, but the performance was annulled for record purposes because of an excess wind reading.

He still needs to get his time retified by WPA, but what a race!#Nottwil2022 pic.twitter.com/KDVc6urNFT

In the men’s races, Switzerland’s multiple world and Paralympic champion Marcel Hug, who had narrowly missed setting a world record in the previous day’s T54 men’s 800m, earned another outstanding win as he finished the T53-54 men’s 5,000m in 9min 51.97sec from Britain’s Daniel Sidbury, who clocked 9:54.01.