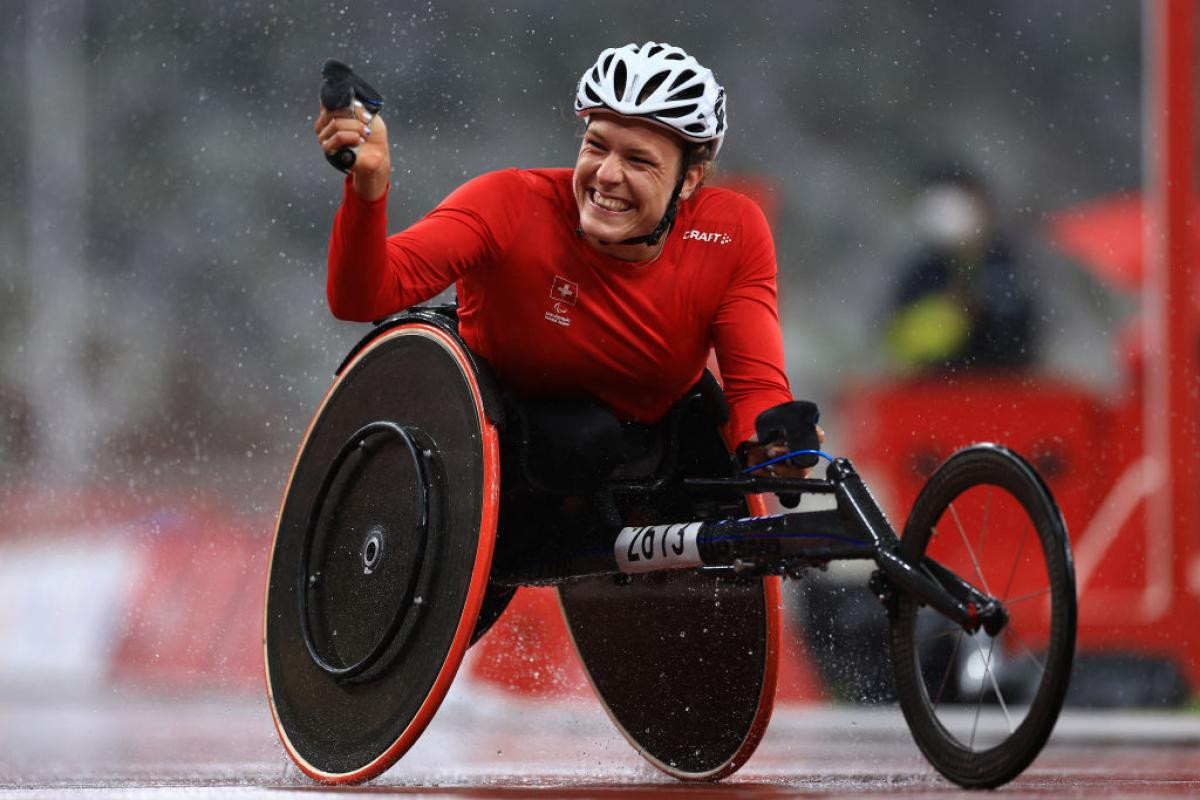 Switzerland’s new Paralympic star Catherine Debrunner will begin her season on the home track in Nottwil at the third World Para Athletics Grand Prix of the year that starts tomorrow.

Athletes from 46 countries are set to compete over three days on the Swiss track famous for being the home of some of the world’s best wheelchair racers.

While the likes of multiple major marathon winners and world and Olympic gold medallists Marcel Hug and Manuela Schär are generally in the spotlight, the Tokyo 2020 Paralympics saw another Swiss athlete joining the national elite.

In what was her second Games, Debrunner earned her first two Paralympic medals in Tokyo last year including gold in the women’s T53 400 metres.

Nottwil will mark her first major event in front of the local crowd since the triumph in Japan and she will be competing in the 100m, 400m, 800m and 1500m.

"It’s so different when there are people cheering you back, when you cross the line, or during the race.

"Sharing all those emotions with the people you love, it’s so much better."

Debrunner is excited about the new opportunities in road events and she is especially motivated after her success at Tokyo 2020.

"Both medals, they mean a lot for me," the 27-year-old continued.

"The bronze was my first-ever Paralympic medal.

"And I think it really helped me to win the gold because I got a lot of confidence, so I had nothing to lose anymore."

By winning the women’s T53 400m gold in Japan, she became European, world and Paralympic champion in the event.

Two-time European champion Fabienne Andre will compete at the Grand Prix for the first time in the women’s 100m and 800m T34 events.

In both races she will face Paralympic legend Hannah Cockroft, a fellow Briton, who earned two victories at he Dubai Grand Prix earlier his year.

After her two medals at Tokyo 2020, another Briton, Samantha Kinghorn, will be back to Grand Prix action.

Germany will also be travelling to Nottwil with a strong team.

Rio 2016 F41 shot put champion Niko Kappel will be competing on Saturday (May 28), the same day as 20-year-old Yannis Fischer, who made his Paralympic debut last year in the men’s F40 shot put.

Tokyo 2020 medallist Leon Schaefer will take part in the men’s long jump and T63 100m in his Grand Prix debut this season.

His main opponent will be another Paralympic medallist, Denmark’s Daniel Wagner.