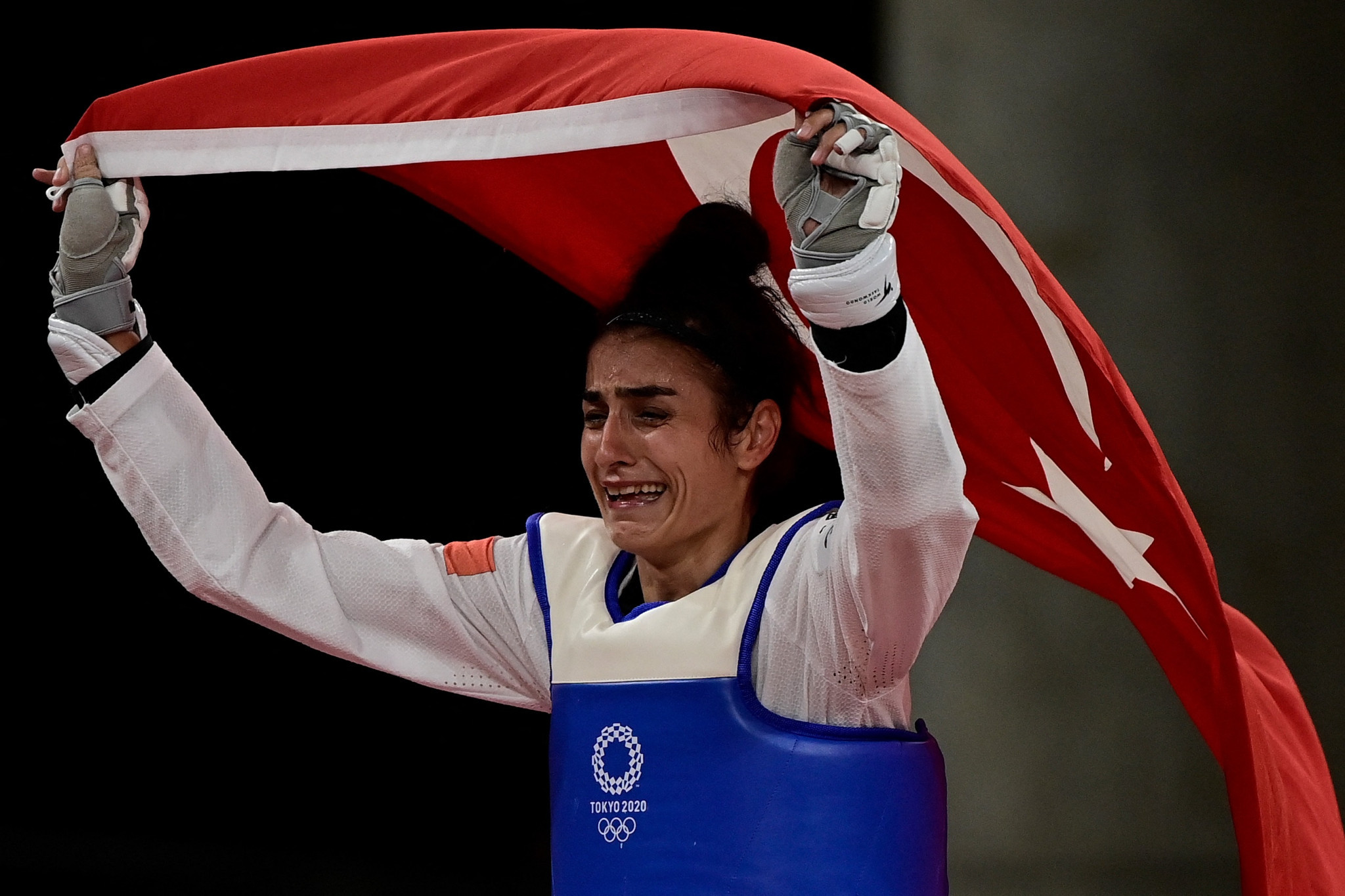 Hatice Kübra İlgün and Emre Kutalmış Ateşli ensured a golden double for Turkey on the final day of the European Taekwondo Championships in English city Manchester.

Jones had to settle for bronze along with Giada Al Halwani of Italy as Olympic bronze medallist İlgün defeated Patrycja Adamkiewicz of Poland in the final.

Ateşl also came out on top for Turkey as he defeated Ivan Garcia Martinez of Spain to win men’s over 87kg gold.

The bronze medals went to Pasko Bozic of Croatia and Radik Isaev of Azerbaijan.

Earlier this afternoon, the European Taekwondo Championships marked the 5th anniversary of the 2017 Manchester Arena attack.

Kimia Alizadeh of the refugee team secured a place on the podium alongside Belgium’s Sarah Chaari after they both sealed bronzes.