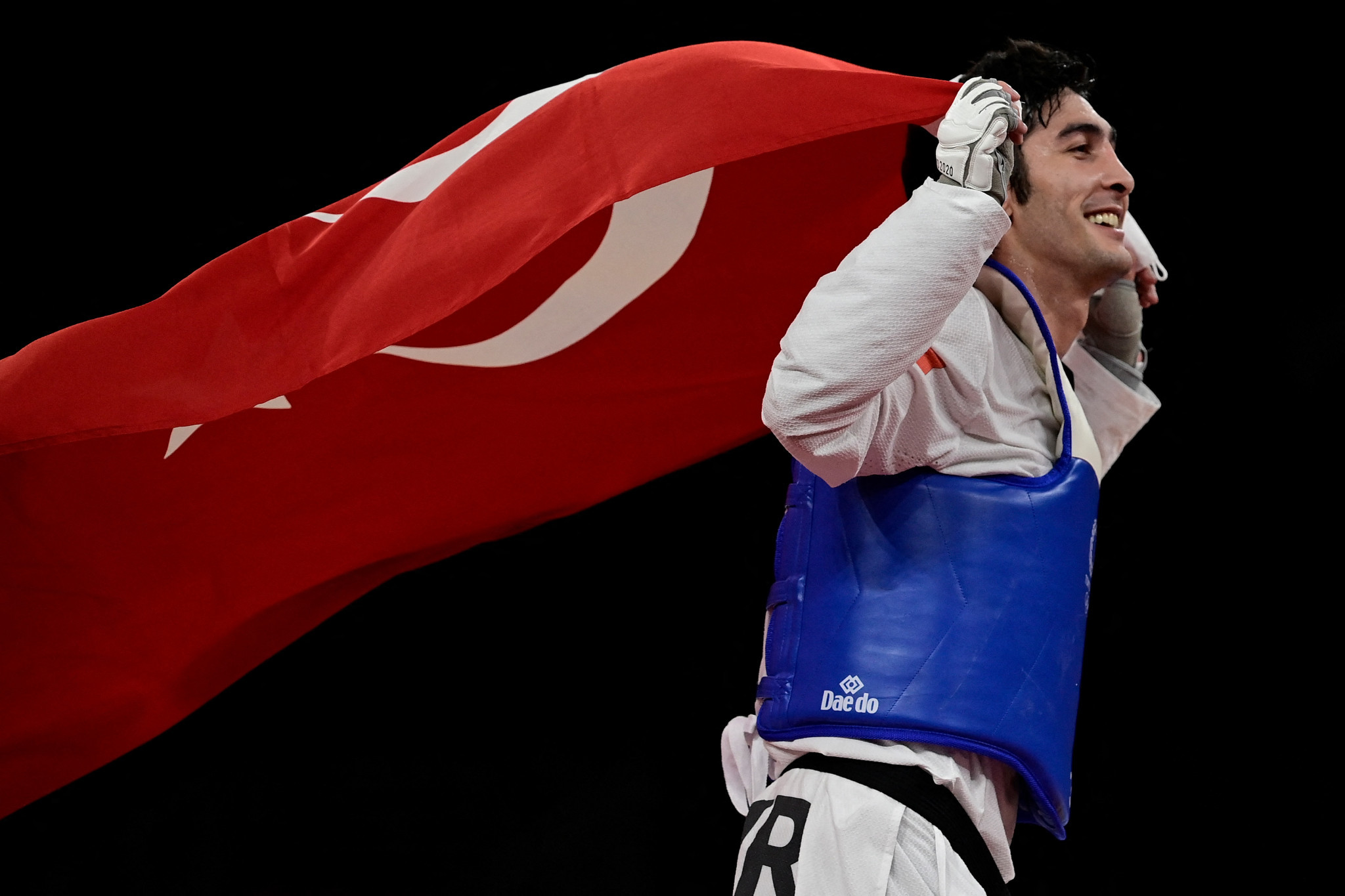 Turkish practitioners have commanded the first day of the European Taekwondo Championships after they achieved three gold medals in Manchester in England.

Reçber fended off France’s Souleyman Alaphilippe in the final as Germany’s İmran Özkaya and Spain’s Joan Jorquera picked up bronzes.

Jorquera was the silver medallist in last year’s event.

Ela Aydin of Germany and Ivana Duvančić of Croatia claimed bronzes in the division.

Dinçel competed the three titles for Turkey after overcoming defending champion Adriana Cerezo in the semi-final and defeating Israel’s Avishag Semberg in the final.

The Israeli walked away with bronze from the Tokyo 2020 Olympics and Cerezo of Spain achieved silver at the event.

Joining the Spaniard with a bronze medal was Croatia's Bruna Duvančić.

Hungary’s Omar Salim triumphed in the other event of the day.

He defended his under-54kg gold medal against Turkey’s Görkem Polat while compatriot Deniz Dağdelen and Croatia’s Josip Teskera settled for the bronzes.