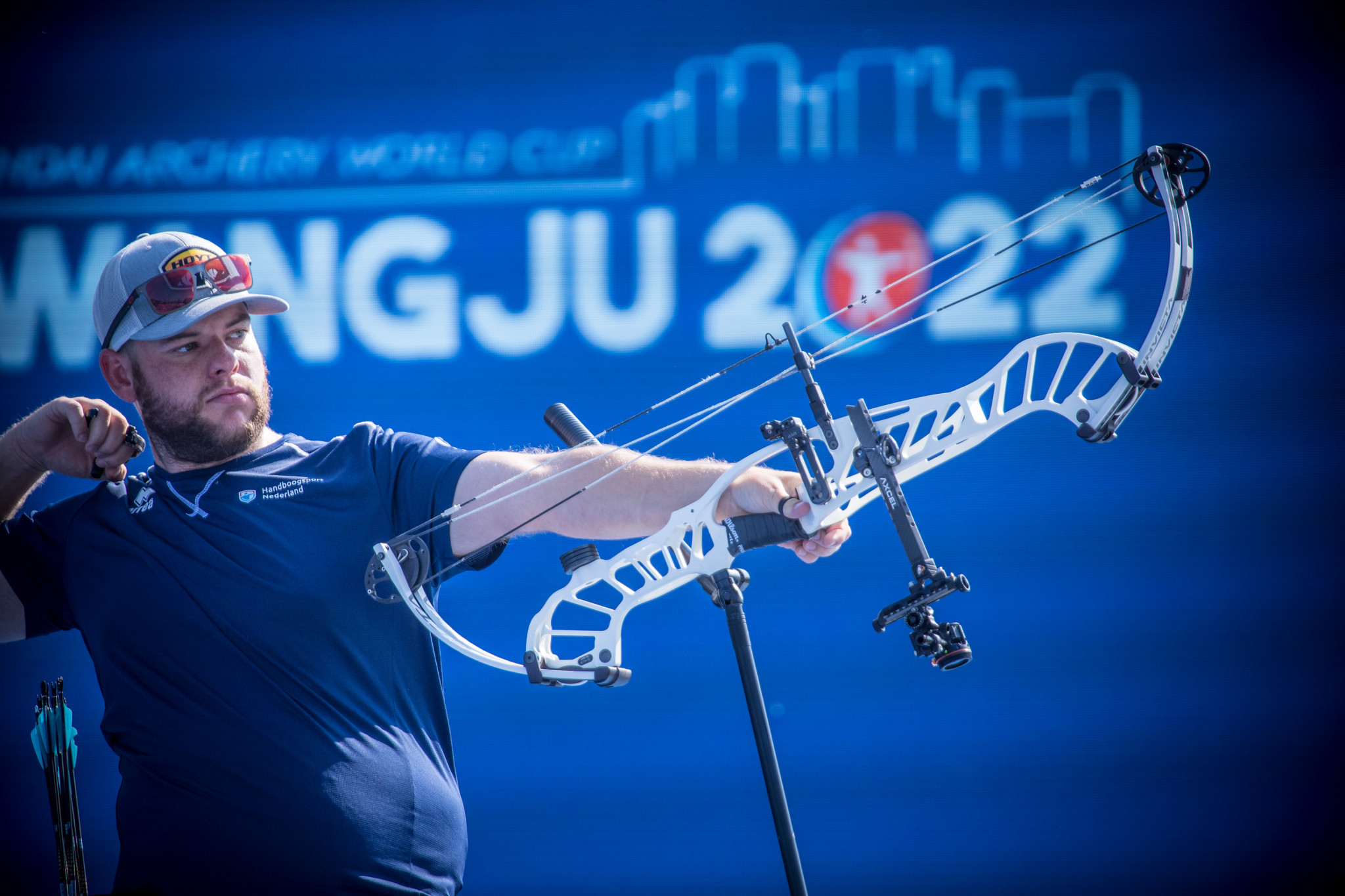 Schloesser was seeking to add to his victory at the opening event of the season in Antalya.

Schloesser dropped just one point in the final to convincingly beat Bhardwaj 149-141.

"This one stage win feels even more special than the first one," Schloesser said.

"My gold-medal match was a bit better than the semi-finals and I could control it a bit better, I felt really comfortable."

Marsh completed the podium places, with the American beating Wiener 145-141 in the bronze-medal match.

Kim Yun-hee became the first South Korean to win a World Cup leg in front of a home crowd by winning the women’s compound event.

Kim beat Mexico’s Dafne Quintero 141-137 in the semi-finals, with Spain’s Andrea Muñoz winning 143-139 in the second against Estonia’s Lisell Jäätma.

Jäätma had begun the day with hopes of winning three golds, but would end with two silver medals.

She finished as the runner-up in the mixed team compound event with Robin Jäätma, beaten 148-144 by Chinese Taipei’s Huang I-Jou and Chen Cheih-Lun.

India were 156-155 winners against Turkey in the bronze-medal match.