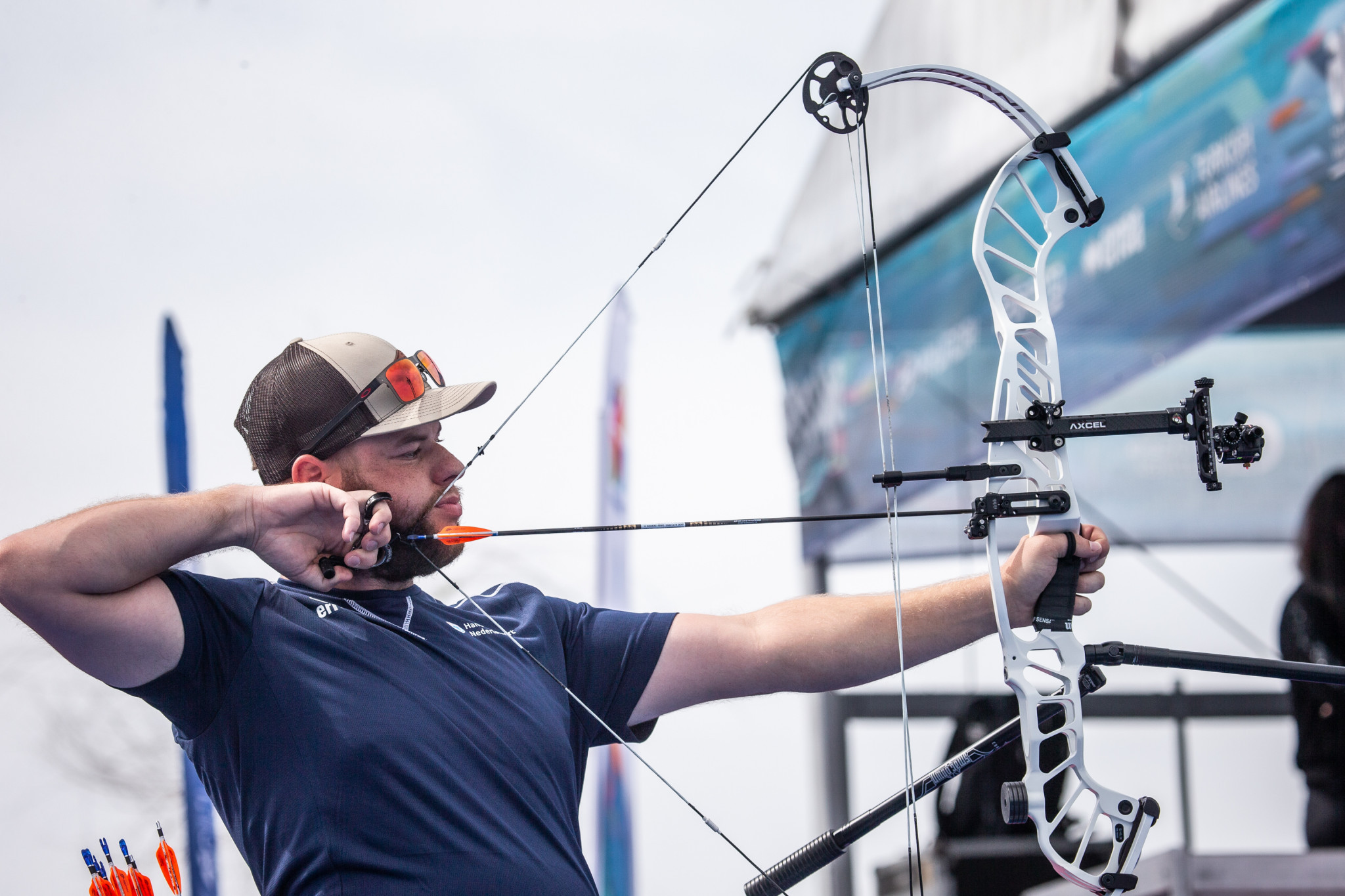 Reigning Archery World Cup champions and current world number ones Mike Schloesser of The Netherlands and Colombia's Sara López got their title defence off to the perfect start as they seeded first after the compound qualification concluded in Gwangju.

It was Schloesser's fifth World Cup stage top seed in a row after leading starts in all three stages last year and Antalya last month.

He shot 710 points out of a possible 720 and won a close battle for the top seed over home favourite Kim Jong-ho and India's Abhishek Verma by one point at the Gwangju International Archery Centre.

However, Schloesser was not completely satisfied with his performance after hitting scores of 713-plus in every season 2015.

"Today was not my best shooting," he said.

"I felt like I had some difficulties with the wind.

"Maybe it wasn't the best as my guessing of the wind was not on point.

López, a six-time Archery World Cup champion, had early struggles but turned it around to be the only female compound athlete with 700 points or more points on the day.

She was followed by South Korea's Kim Yun-hee and Dafne Quintero of Mexico with 698 and 697 points, respectively.

"I opened the qualification with the worst end of my life," López, who scored just 55 out of 60 with her first six arrows, said.

"My main goal was to be in the top eight because I’m still recovering from some technique and anxiety issues.

"I told myself, 'Okay, I didn’t really make the mistakes, just have fun and work through the end.'

"I had fun with my team, laughing about the mistakes, because there was nothing I could do with the bad arrows.

"In the end, I'm really happy with the work I've done."

The competition is due to continue with team eliminations tomorrow in the morning session followed by recurve qualification in the afternoon.