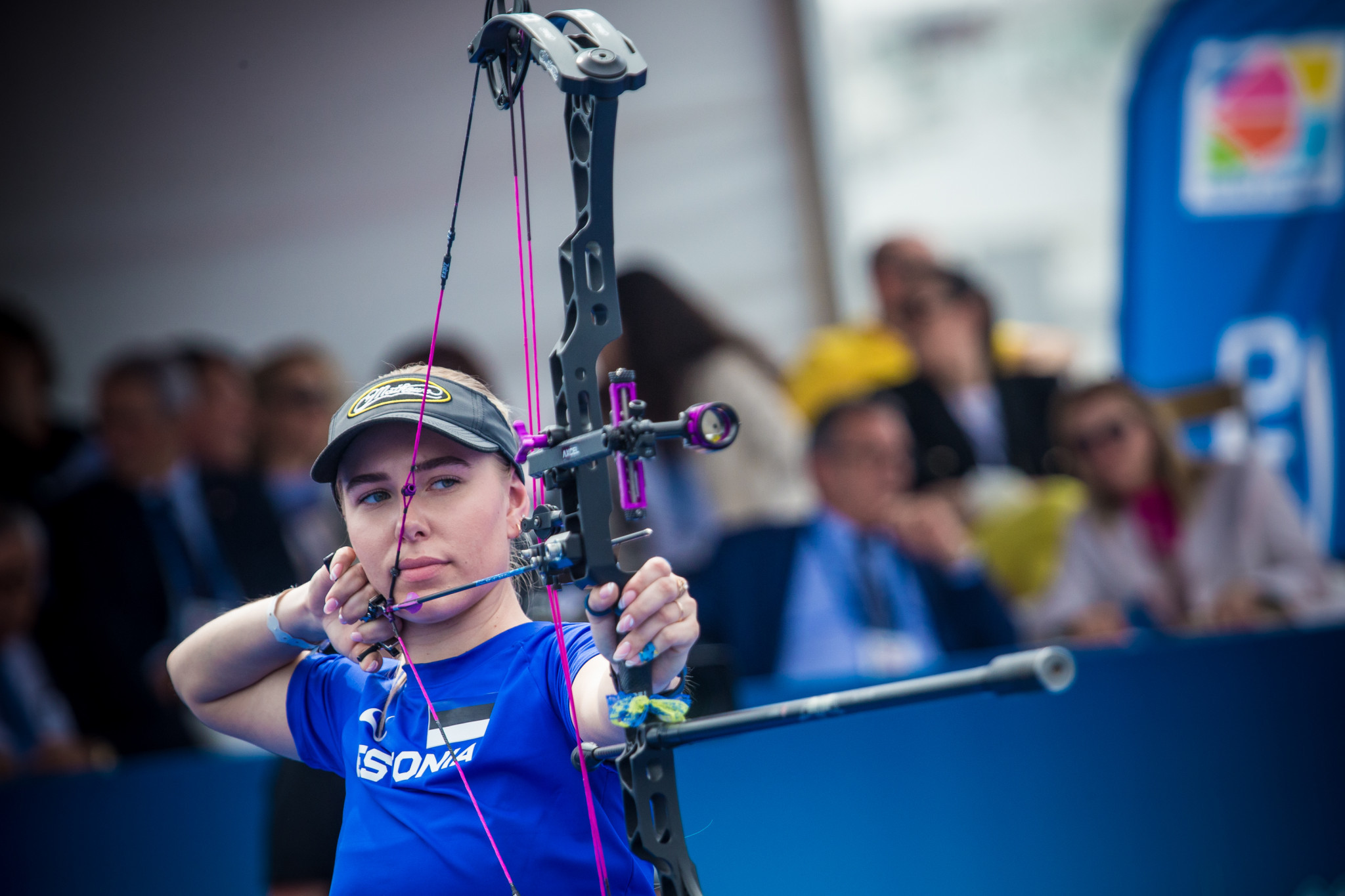 Estonia’s Lisell Jäätma overcame world number one Sara López on route to the semi-finals of the women’s compound event at the Archery World Cup in Gwangju.

Colombian star López had secured the top seeding at the competition in South Korea, but made a third-round exit.

Jäätma earned a 149-146 win over López to reach the quarter-finals, where she secured a 149-145 win over Turkey’s Yeşim Bostan.

"I am really happy, I felt very good today and just tried to shoot my best, arrow by arrow," Jäätma told World Archery.

"It definitely made me more confident because the last season was not good for me."

She will seek to improve on the result when she meets Spain’s Andrea Muñoz in the semi-finals.

Men's top seed Mike Schloesser booked his place in the semi-finals, after the Dutchman came through a tiebreak against Chinese Taipei’s Chen Chieh-Lun with the contest ending level at 147-all.

The Indian archer was a 147-140 winner against South Korea’s Yang Jae-won.

France were 231-230 winners against Denmark to advance to the final of the men’s compound team event.

India will provide the opposition in the final on Saturday (May 21), following a shoot-off win over South Korea after the teams ended level on 233.

South Korea bounced back from defeat by beating Denmark 238-229 in the bronze-medal match.

South Korea’s women’s team advanced to the gold-medal match with a 230-228 semi-final win over India, while Estonia beat Turkey 224-223.