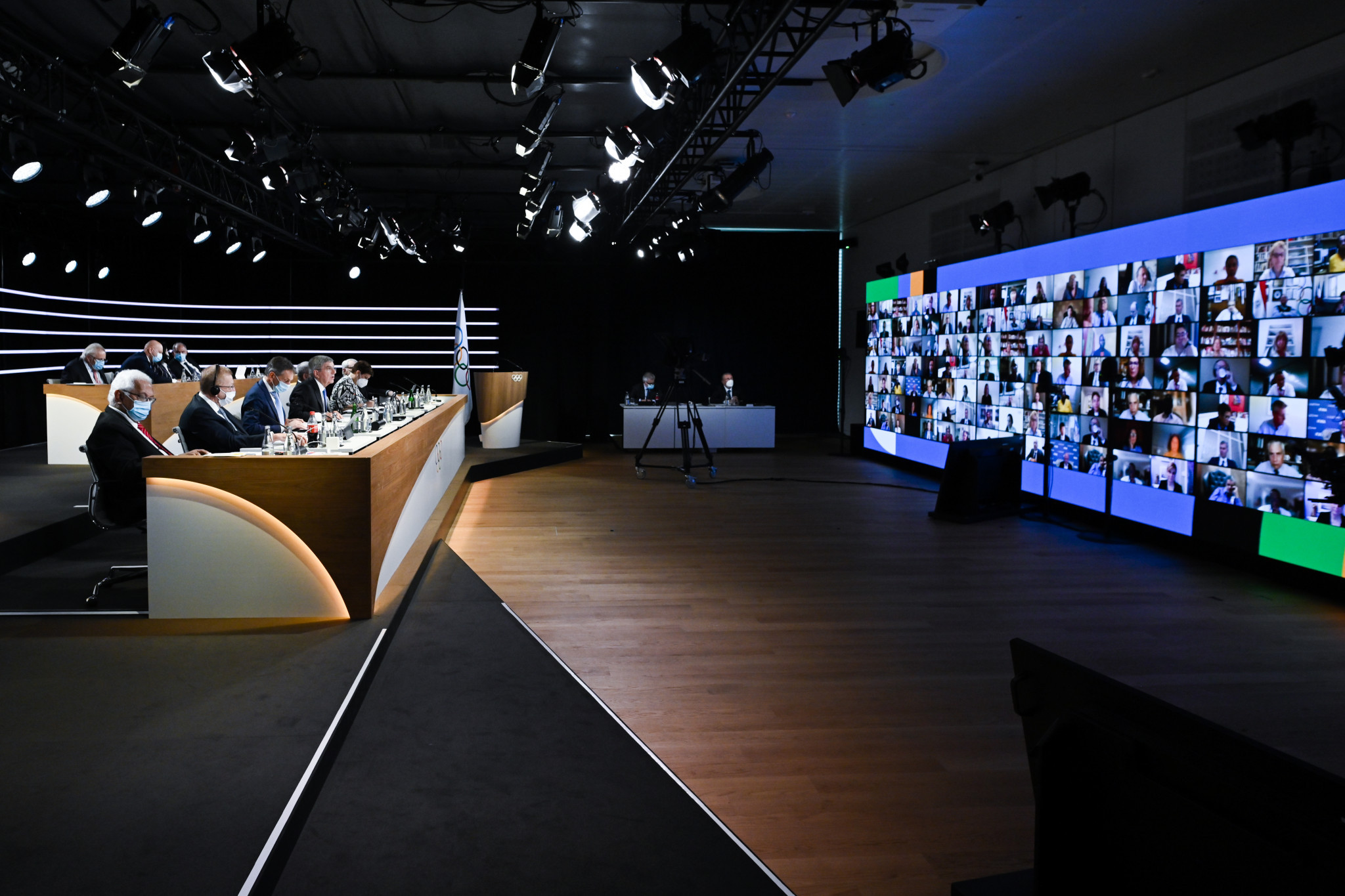 Holding more Coordination Commission visits virtually and imposing limits on the number of annual institutional meetings were among the measures outlined here in the International Olympic Committee's (IOC) plans to cut its carbon footprint.

The IOC has declared its intention to lower its carbon emissions by 30 per cent by 2024, and 50 per cent by 2030, with a view to becoming a climate-positive organisation.

It is also set to require Olympic Games organisers to make the event "climate-positive at the latest by 2030".

There have been long-term concerns over the environmental impact of the Olympics, including the reliance on artificial snow at recent Winter Games.

Beijing 2022 also featured environmental concerns over the site of the National Alpine Ski Centre in Yanqing, although organisers insisted that they planned for a "green Games".

At the 139th IOC Session held in a hybrid format at Olympic House in Lausanne, President Thomas Bach revealed that the Executive Board earlier this week approved a carbon-reduction implementation plan.

Further details were presented by IOC director general Christophe De Kepper, particularly concerning reducing travel, which he conceded is "by far the biggest contributor to the IOC's carbon footprint".

Half of the scheduled meetings of Coordination Commissions are now due to be held remotely, with the other half taking place on-site.

"This means a maximum of five on-site Coordination Commission meetings over the lifecycle of each edition, and one on-site delivery partner meeting per year per edition," De Kepper expanded.

"Other Coordination Commission and delivery partner meetings would be held in virtual mode as needed."

An increasing number of such meetings have been held online due to COVID-19 travel restrictions.

De Kepper touched upon plans for reducing travel arising from sending IOC delegations to each edition of the Olympic Games.

"In light of the successful delivery of Tokyo and Beijing, the concept of on-sight delivery would be revisited in order to optimise travel needs from Los Angeles 2028 onwards," he said.

"To achieve this until 2024, we will further pilot remote management of operations from Lausanne, using adequate technology."

Limits are also to be placed on the number of in-person institutional meetings held annually.

"Here, we propose to go back to the way we operated pre-COVID," he said.

Under the IOC's plans, only one standalone Session would be permitted each year.

The 139th Session was held over the course of more than three months, with the first two days being held at the Beijing 2022 Winter Olympics and the final day in Lausanne.

The Executive Board would also hold only three standalone meetings per year, with IOC Commission cluster in-person gatherings limited to one per year.

Other meetings would be held online or be scheduled to tie in with other events.

De Kepper added that the IOC would act "on the travel mode wherever possible, for example, by choosing the train rather than the plane for short distances" in another effort to reduce greenhouse gas emissions.

The IOC has additionally planned carbon-reduction measures under the themes of compensating carbon dioxide emissions and using its influence to engage with others.

De Kepper cited the Olympic Forest in Senegal and Mali, and said that the "project is progressing well and the first trees will be planted at the end of December".

He also pointed to the Sports for Climate Action Framework, which the IOC co-created with the United Nations in 2018 to use sport to drive climate awareness and action, as well as guide sports towards lessening their impact on the environment.

A total of 272 sports bodies have signed up to the Sports for Climate Action Framework.